How improved trauma management helps us all 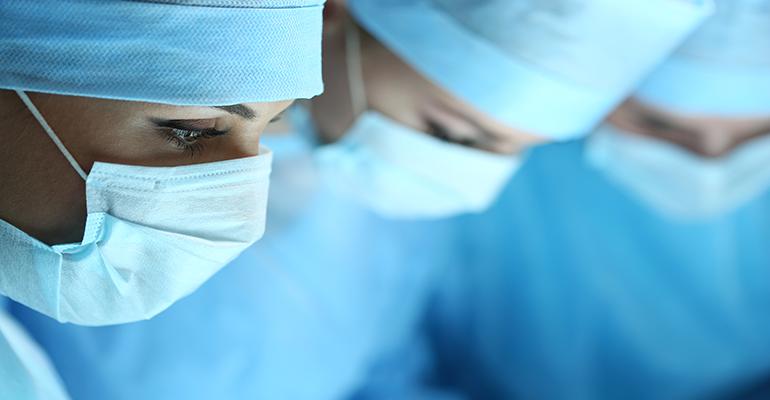 Trauma is a significant cause of mortality and is one of the most common causes of death in those less than 45 years of age, in both High- and Low-Income countries. Worldwide around six million people lose their lives due to trauma. It predominantly affects young males and the loss of these productive members has a disproportionate impact on both their families and society; particularly as those injured and disabled by these events far outnumber those who lose their lives.

The National Trauma Institute in the U.S. estimates that the total cost in terms of healthcare and loss in productivity in just the country is US$671 billion, with up to 30 per cent of all potential life years lost before the age of 70 due to trauma.

As early as 1966, a report by the National Academy of Science called trauma the ‘neglected disease’ and became the driver for improved care of trauma in the U.S. However, the National Institute of Health grant funding for Trauma Research was only 0.02 per cent of its budget.

In Low-and Middle-Income countries, the lack of trauma infrastructure means the overall burden is much higher and it is estimated that potentially two million lives could be saved by better trauma systems and rapid access to higher quality care. This led to the World Health Organization (WHO) placing access to emergency care and development of Trauma Care as priorities on the 72nd World Health Assembly agenda in 2019 noting: “Whereas primary prevention remains the mainstay of public health efforts to reduce the toll of injuries, infections and noncommunicable diseases, many deaths and much long-term disability can also be prevented through strengthening emergency care. The World Bank Disease Control Priorities project estimates that more than half the deaths and around 40 per cent of the total burden of disease in low-and middle-income countries result from conditions that could be treated with pre-hospital and emergency care.”

Prevention is one of the key strategies to reduce trauma related death and disability and in this capacity governments, legislative agencies, local police forces, manufacturers of vehicle and safety devices, and medical establishments and local agencies have a significant role in informing the public and changing behaviours. However, sometimes the multitude of stakeholders makes coordinating action a challenge and in this regard, the importance of national and regional registries in collecting data and providing guidance on where to focus preventative strategies cannot be over-emphasised.

Ironically a lot of the improvements in the care of the seriously injured have come from lessons learned from war and conflict. It was during the Napoleonic wars that Baron Dominque Jean Larrey developed the concepts of triage that Emergency departments and Ambulance services still use. Further developments in trauma management followed during the American Civil War, World War 1 and 2, Vietnam and through more recent conflicts in Afghanistan and Iraq.

Though traumatic brain injury is a major cause of death and disability, haemorrhage remains the most significant cause of preventative early death. As the philosophy and technology of trauma management develop key courses such as Advanced Trauma Life Support (ATLS), there is a need to adopt these principles and evolve their taught content. ATLS was started in the 1970s under the auspices of the American College of Surgeons in order to improve trauma care and is now taught in over 80 countries worldwide. The course emphasises a standardised logical approach to managing trauma though there is room for further courses that deal with multidisciplinary team-based trauma management.

Clearly getting patients to the right place during the right time is a key element of trauma care and trauma systems. The London Major Trauma System, for instance, have shown an improvement in early trauma mortality by defining Major Trauma Centres and helping develop Critical Care teams that respond to defined major trauma events, carrying out critical life-saving interventions and transporting patients rapidly to the right facility for care.

Though some of these helicopter-based systems are very sophisticated, the principles of managing haemorrhage are not complicated. The most important principle is preserving blood. External haemorrhage is controlled using packing devices and tourniquets and though the principles of these are antediluvian, there have recently been significant advances in wound packing materials, which are increasingly impregnated with haemostatic agents such as chitosan. In addition, there are now a variety of effective tourniquet developed by the military to limit bleeding from limbs where direct pressure is ineffective.

Professor Karim Brohi, Professor of Trauma and Vascular Surgery, has shown that major trauma induced coagulopathy is a significant contributor to trauma related bleeding. The recognition of coagulopathy being integral to major trauma led to the development of Major Haemorrhage Protocols and development of a 1:1:1 transfusion strategy using packed Red Blood Cells (RBCs), fresh frozen plasma and platelets. However, there is a need to use more advanced point-of-care testing like Thromboelastography (TEG) or Rotational Thromboelastogram (ROTEM) in order to tailor treatments to the patient’s specific needs.

Antifibrinolytics now form part of the treatment in trauma and several large randomised controlled trials, in particular CRASH 2 and CRASH 3, have shown positive effect in survival of trauma victims when administered early after the onset of injury.

Technological solutions don’t necessarily increase costs, and drone-based delivery systems for critical medication, blood and equipment have been used in lower income countries. Malawi has been one of the pioneers of these systems and their use is now spreading among other countries. It is only a matter of time before elements of these systems will find their way into higher income countries’ systems of care.

Developments in imaging have also had a significant impact on accurate and early diagnosis of hidden injuries. Among these are the dissemination of point-of-care ultrasound, which as scanning technology gets increasingly portable and affordable, extend the accuracy of examination by the front-line physician. CT scanners with higher imaging resolution are also contributing to the rapid early diagnosis of injuries and have become integral to the assessment of people who have suffered major trauma. These scanners are increasingly being placed close to – if not within – the resuscitation rooms of major trauma centres.

Diagnosing and managing internal bleeding still remains a significant challenge but principles of placing pelvic binders, allowing permissive hypotension to limit blood loss and damage control surgery to ensure optimum resuscitation before definite repair of injuries have shown their merit in the theatres of war. Though interventional radiology is important to identify and treat internal sources of haemorrhage, its impact will likely increase as hybrid operating theatres, allowing surgeons and interventional radiologists to work in tandem.

Technology is increasingly allowing the development of smaller catheters and this makes it feasible for specialised skilled teams to intervene early in the critically ill patient. In particular, developments in catheter-based treatments such as Retrograde Endovascular Balloons to occlude the Aorta and limit haemorrhage (REBOA) teamed with technology allowing Aortic Arch perfusion (SAAP) or Extracorporeal Membrane Oxygenation (ECMO) allows physicians to salvage ever sicker patients. However, this will make it necessary for fully trained emergency physicians to be available round-the-clock, especially in designated centres.

Rehabilitation has also benefited from the technological and digital revolution and better prostheses ensure those unfortunate enough to have been victims are still able to lead fulfilled lives and return to being productive members of society.

Trauma is a disease that cuts across many specialties and stretching the whole medical system leads to better multi and interdisciplinary working. Eventually, the improved coordination between many different professionals and disciplines in solving these critical and time-dependent challenges leads to a more responsive system that eventually benefits all our patients.