Healthcare in Sub-Saharan Africa: What are the answers? 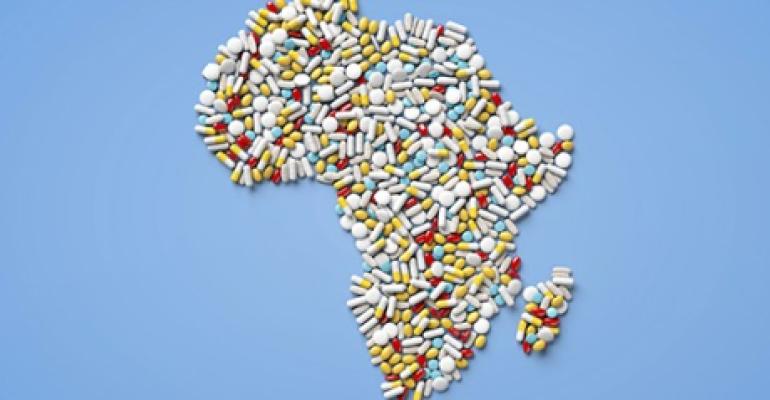 While the progress towards Universal Health Coverage may be slow, the continent looks poised to adopt localised solutions for very regional problems

For a continent that accounts for 25% of the world disease burden, the healthcare space in Sub-Saharan Africa requires holistic approaches across several verticals to attract the required investment to tackle the growing challenges across the region. According to a report by the IFC, the private-sector arm of the World Bank, it is estimated that by 2022, Africa will need US$25 billion - US$30 billion in investment in physical healthcare assets alone, including hospitals and clinics.

Analysis by Frost & Sullivan suggest that, generally, the growth of the Sub-Saharan Africa healthcare market for 2018-2019 will be hampered by the slow down in economic growth across the continent (an average of between 4% and 6%). While this has an effect in multiple areas, this has seen smartphone sales growth reduce from double to single digits since 2016 and will have a direct effect on mHealth, for example.

“Despite this, healthcare spending is expected to continue increasing in both public and private sectors, assisted by global aid organisations,” says Takudzwa Musiyarira, who is a healthcare research analyst for Middle East and Africa at Frost & Sullivan. “Over the next year, the market for chronic disease pharmaceuticals will see double digit growth through an increase in government funded diagnostic and prevention initiatives (mainly diseases such as diabetes, hypertension and cancers). Disease prevalence has grown due to an increase in unhealthy lifestyles, and limited treatment.”

As such, there are several areas of the healthcare market in Sub-Saharan Africa that will remain the focus for investment, both from the public and private sectors. Localised solutions, coupled with foreign expertise, will offer much needed answers to the ongoing issues in the regional healthcare space.

The Sustainable Development Goals (SDG) adopted by the United Nations General Assembly in September 2015 have targets that relate to health. In particular, Goal No. 3 focuses specifically on ensuring healthy lives and promoting well-being for all at all ages. Target 3.8 of SDG No. 3 - which addresses achieving universal health coverage (UHC), including financial risk protection, access to quality essential healthcare services and access to safe, effective, quality and affordable essential medicines and vaccines for all – is the key to attaining the entire goal as well as the health-related targets of other SDGs.

As Musiyarira explains, while the SDGs were established in 2015, in Sub-Saharan Africa, significant but slow progress has been made in meeting them over the past 15 years, particularly poverty reduction.

“Food insecurity is on the increase due to high population growth rates, and low agricultural output. This has a negative impact on the battle to reduce undernourishment. On the positive side, access to and use of contraceptives in Sub-Saharan Africa have increased,” Musiyarira says. “Maternal and child mortality have reduced drastically in the last 15 years, by over 30%, although the continent is still the highest in the world.”

Limited healthcare infrastructure has also negatively affected the ability to meet the health SDGs, particularly in rural Sub-Saharan Africa, adds Musiyarira. As such, he says it is still a long road ahead in the journey to meet SDGs by 2030. Emerging African economies will likely meet some of the SDGs quicker due to targeted initiatives by governments and faster economic growth.

Universal health coverage has had slow but positive growth. To date only Rwanda has managed to achieve UHC of over 90% in Sub-Saharan Africa. According to Musiyarira, this has been due to its community-based insurance programme targeting the lower income bracket of the population which has had a direct effect in decreasing mother and child mortality, and a rise in the number of skilled birth attendants.

“Financing of UHC has been the major drawback in implementing and increasing coverage in most nations. This has resulted in countries such as South Africa experiencing delays in rolling out UHC. However, it is expected that there will be significant progress made over the next year in establishing relevant regulations in Sub-Saharan Africa, which is the first step in UHC rollout,” adds Musiyarira.

Russo G et el. (2017) echo this sentiment in their article titled ‘Universal health coverage, economic slowdown and system resilience: Africa’s policy dilemma’ published in BMJ Global Health. They say that there a need to consider how the health system can withstand and be resilient in the face of an economic slowdown or contraction while still striving to expand access and services. Russo G et al. also highlight that policies are needed to bring the different ways health services are provided in resource-scarce settings under the broad vision of UHC.

mHealth presents a significant opportunity in Sub-Saharan Africa where basic access to healthcare is a challenge. Not only can mHealth improve the current healthcare system, but it can provide healthcare to those populations living in remote areas across the region. Increasing mobile access, coupled with better quality networks and the introduction of healthcare apps and other mobile healthcare services are set to make remarkable improvements on the road to achieving the SDGs.

“While Sub-Saharan Africa has a high mobile penetration rate (80%), smartphone usage has been relatively low due to the traditionally high preference for cheaper feature phones. However, smartphone and Internet (particularly mobile) penetration are slowly growing due to cheaper Chinese models entering the market and more affordable connectivity options. This will have a positive impact on the growth of mHealth which had been focused less on the Internet and more on using SMS and USSD methods via feature phones,” says Musiyarira.

Meanwhile, consumer application usage, through fitness and health trackers, is only popular in urban areas and will continue to rise as the middle class in Sub-Saharan Africa grows. However, according to Musiyarira, medical grade apps and wearables are becoming more preferred globally as they offer real benefits and mHealth will play a tremendous role in achieving SDGs through the proliferation of mobile services in various economic sectors.

One such platform is TalktomeDoc, a telehealth platform from Nigeria. Driven by the desire to ensure healthcare is cost effective, affordable, easy to reach and convenient to use while ensuring that healthcare spending by health facilities is reduced while maximising profit, their platform makes it possible for several medical service providers to converge and give comprehensive healthcare to everyone. The platform makes consultation and diagnosis easily accessible to patients who are normally beyond the reach of medical specialists due to location.

Similarly, MedAfrica app, a product of Nairobi-based Shimba Technologies, offers direct access to health information and services. With this app you can search, filter and view health information and services near you even when offline as well as connect with doctors on the go. Other services include hospitals, diagnosis, symptoms, nutrition, drugs, first aid, insurance and fitness. Med Africa personalises your health services by frequency of use.

Riding the wave of Public-Private Partnerships

A May 2017 report from the India-Africa Partnership, between the African Development Bank (ADB), the Health Systems Research India Initiative (HSRII) and the University of the Witwatersrand (Wits) based in Johannesburg, South Africa, found that Public-private partnerships (PPPs) in healthcare financing and delivery offer significant opportunities for accelerated improvements in health service access in fast-developing economies such as those found in Africa.

While the overall idea of the report was always to explore the potential for health-related PPPs in Africa, the central question examined in the report was how to achieve this. It said: “Having governments partner with the private parties in the achievement of public goals is an important means to leverage public interventions to achieve results that would otherwise not be possible if pursued exclusively by public sector actors – at least in the medium to long term. While PPPs remain only one strategic option amongst many in the achievement of UHC, they are likely to become a permanent feature of any modern growing and accountable health system.”

Musiyarira agrees: “PPPs will continue to be the main business model for delivery of healthcare due to the mostly public nature of healthcare initiatives. PPPs will be particularly effective in the establishment or upgrading of healthcare infrastructure. On average, only 5% to 20% of healthcare in SSA is in the private sector. It is expected that by 2030, as Sub-Saharan African markets become more mature and after the roll out of UHC, other funding models will emerge enabling greater commercialisation, thus putting innovation into overdrive. Africa has suffered from 'pilotisis' due to lack of funding, thus hindering credible innovations from commercialising, particularly in mHealth.”

A hub for innovation for medical diagnostics

Sub-Saharan Africa requires cost-effective, easy-to-manufacture healthcare solutions to address the unique challenges on the continent. Traditionally, innovative medical devices have been developed abroad and imported into the region. However, with investment in localised Research& Development (R&D), local companies are now beginning to develop ground-breaking ideas in response to the medical needs of the continent.

As Musiyarira explains, over 80% of Sub-Saharan Africa’s medical device market is serviced by imports from mainly North America, Europe, China and Japan. Thus, he says, there is a huge opportunity for import substitution through increasing local manufacturing capacity. “Investing in the production of high value medical devices such as imaging equipment will be beneficial to the continent and will add export opportunities, reducing the trade deficit and be able to compete on the global stage. However, investment in Research & Development will be key in realising this goal.”

Exchange rate volatility has negatively impacted imports, thus making devices more expensive locally, due to weakening currencies against the US dollar over the past decade. “Local manufacturing will minimise this risk and will be supported by intra-Africa trade agreements. There will continue to be a high preference for low tech products and consumables for local manufacturers in the next few years, and portable devices to service inaccessible communities,” says Musiyarira.

Today, we are seeing great examples of local companies bucking the trend by using innovative technology to manufacture solutions across the medical device spectrum.

One example is Cape Town-based BioTech Africa who are specialists in recombinant protein production and bioprocessing services driven by the global requirement for improved in vitro diagnostics. Their current range of highly purified recombinant proteins are used in the manufacture of diagnostic test kits for point of care rapid diagnostics, and research institutions. They offer a variety of protein expression platforms along with a host of other protein services, including protein refolding and structural biology analysis. With their proprietary technology, they are able to deliver highly stable and functionally active recombinant proteins.