Face Transplants Take Patients from Despair to a New Life 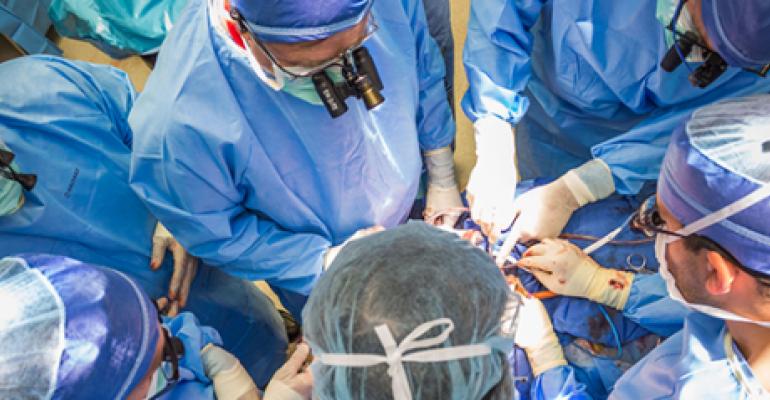 Organ transplants have been a staple of modern medicine for more than 50 years. Each year brings new breakthroughs that use transplantation to restore full function to people or add years to a human life.

Facial transplantation is the process of removing part or all of a donor’s face and attaching it onto a patient. It’s only performed for patients with severe facial deformities and significantly impaired function of facial structures. Skin, fat, muscles, nerves, tendons, cartilage and bone may be components of the transplant. Attaching nerves and blood vessels from the donor’s face to the recipient’s provides the potential (with extensive rehabilitation) for sensation, function and mobility similar to an uninjured face. In some situations, it may allow the recipient to regain the ability to speak, chew food, avoid ongoing use of feeding tubes, and regain his or her sense of smell. In other words, what it offers is a new lease on life.

Performing this type of life-changing surgery is one of the reasons Mayo Clinic’s Dr Samir Mardini got into medicine. In the summer of 2016, Dr Mardini was about to go on a well-deserved holiday with his wife and children when he got the call: A donor had been found.

The long-awaited surgery to give 32-year old Andrew Sandness a new face was about to become a reality. Dr Mardini abruptly cancelled the vacation and headed back to Mayo Clinic, where he would lead a large team of medical professionals who had spent three years meticulously planning and training for this procedure.

Sandness’s face was devastated by a gunshot wound more than 10 years earlier, and he had been receiving treatment at Mayo Clinic in Rochester, Minnesota. His new face would not look like his old one, but the donor’s facial skeleton (bony structure) was roughly the same size and shape as his, and the two men were close in age and skin colour, almost a perfect match.

“We had worked on creating a skull and facial bone structure that would be the ‘ideal’ for Andy based on his age, size and a CT scan he had a couple of years before his original injury,” said Dr Mardini, a plastic and reconstructive surgeon who specialises in reconstructing faces. “When we brought in the bones from the donor, we realised we could create the same height of the face, the same projection where the jaw is not too forward, not too back.”

The surgery itself was carried out by six plastic surgeons, one ophthalmologist and around 50 nurses and surgical technicians working for over 50 hours—one donor team and one recipient team.
The donor’s face had to be removed, and Sandness’s face had to be deconstructed before it would be reconstructed with a face transplant. Andy’s deformity would have to be enlarged to fit the donor’s face. There were three surgeons on the donor team and three surgeons on the recipient team, and Dr Mardini moved between the two. Everyone took breaks lasting one or two hours.

“Once we got the organs removed from the donor and placed on the recipient, then we had all six surgeons in one room and then the team could take real breaks,” says Dr Mardini.

Dr Mardini’s team developed the surgical plan for the cuts in the bone from CT scans of the donor and Sandness. The team used 3-D printing technology to produce 3-dimensional models as well as cutting guides. When they got to the bones in the surgery, they clipped those guides onto the bones of both donor and recipient, and the guides fit exactly where they needed to fit. Dr Mardini and his team were then able to pass the saw through little slots that made precise cuts in the right place and in the right angles on both the donor and the recipient so that the donor upper and lower jaws fit perfectly on Sandness.

“The virtual surgical planning and 3-D models allow us to make matching bone cuts on the donor and recipient so when the donor face is brought in and placed onto Andy’s defect it would fit perfectly,” explained Dr Mardini.

“You have to create a major defect to receive the transplant,” said Dr Mardini. “That's a very high-risk situation because after you've removed all the tissues that you plan to replace, the defect in the face is significant.”

3-D printing played another important role in the surgery. Once the team creates the defect on the recipient, they turn to a 3D-printed model of the donor's bones that had been removed—the upper and lower jaw, teeth and cheekbones. The team then fits that into the recipient’s defect. If it fits, they know the actual transplant will fit.

At the time of the surgery, there were six plastic and reconstructive surgeons and one opthalmologist who had trained so much that they were interchangeable. This was essential for a surgery lasting 50 hours.

Preparation was the key.

“There wasn't one person responsible for any one part of the surgery,” said Dr Mardini. “Everybody on the team was trained and ready to do any part of the operation.”

Consideration for the dignity of the donor and the feelings of the donor’s family are a critical part of the transplant experience , so the team wasn’t finished when Andy Sandness was wheeled out of surgery with his new face. The donor face was restored using complex facial prosthesis techniques so that at the end of the operation the donor was taken out of the operating room with a prosthetic face that looked almost identical to his own.

Before the surgery started, a team of anaplastologists (facial prosthetic specialists) took high-resolution pictures and made a mold of the donor’s face. They then worked for some 14 hours recreating freckles, wrinkles, hair, and different skin colors and contours of the donor’s face. They do this by putting 12 to 14 layers of paint, silicone and other material on the face until they get the result they are looking for.

“By the time we were done with our surgery, they came back with a silicone mold that looked almost identical to the donor, and then we sutured this prosthesis on to the donor, providing the family of the donor with a complete body and a face that was truly a match to the donor’s face” said Dr Mardini.

“ Our specialised teams of experts have a long history of providing complex care to patients who need hope and healing,” said Dr Mardini. “This is an extraordinary example of the teamwork, collaboration and compassion that we provide at Mayo Clinic, and I couldn’t be more proud of this team.”