Enhancing Human Health - What are Probiotics and Can They Help? 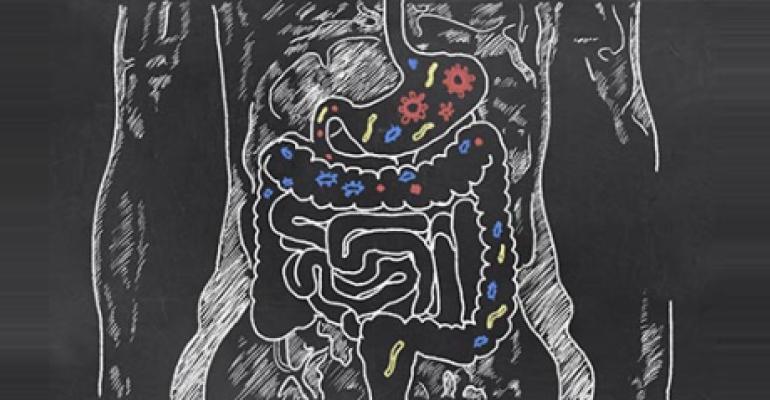 A new wave of supplements has risen to the fore in recent years. These supplements are most commonly known as probiotics or good bacteria. Probiotic supplements are easily available, can be bought without a medical prescription, are reasonably cheap, do not hurt patients and most importantly, might help combat patient diseases and enhance human health. So popular have probiotics become as a booster to human health that a recent market analysis of probiotics by Global Market Insights estimated the market will exceed $65 billion USD within the next 7 years. There has been an explosion in research into probiotics with a 168% increase in the number of research publications about probiotics over the last 10 years.

Probiotics are living microorganisms, including bacteria that affect human health in a beneficial way. The World Health Organization defines probiotics as “live microorganisms which when administered in adequate amounts, confer a health benefit on the host.” They are found in the human body, most often in the gut, where trillions of them exist in unique populations. Probiotics vary in terms of the different types, amounts and exact location within the human body. The probiotic bacteria act in several ways to enhance health. These include, but are not limited to, effects on food absorption, immunity and levels of inflammation. Probiotics can also be found naturally in certain foods such as yoghurt but are also sold in more concentrated formulation as dietary supplements to be eaten or applied on the skin or mucosa of the body.

What are the differences between Prebiotics and Probiotics and Synbiotics?

Prebiotic is basically a non-digestible plant fibre which acts a carbohydrate food source for probiotics. Prebiotics are the food source for probiotics. The most common type of prebiotic is inulin, a product found in naturally occurring foods like oats, soybeans, banana, leeks and asparagus as well as onions, garlic and chicory. On the other hand, a probiotic is a live microorganism that can improve human health. The final term, synbiotic is used to describe a product that is a combination of a prebiotic and a probiotic. Theoretically it has been suggested that synbiotics may offer more benefit than just taking a prebiotics or probiotic but the evidence is quite scanty.

Can a Normal Diet Supply Probiotics?

Today, just as in the past, people can nurture and partially modify their gut bacteria by using certain foods. Even though yogurt is the most common probiotic-carrying food, other food sources can have probiotics. These include natural sources, often derived from fermentation practices, such as yogurt, kefir, kombucha, kimchi and raw unfiltered apple cider vinegar, cheeses, miso, and buttermilk. Interestingly, the benefits of fermented food have been known about for over 5000 years in human society. In addition to natural sources, many foods such as cereal, juices, smoothies, nutrition bars are supplemented with probiotics because of their potential benefits.

What Bacteria live within our Gut?

Before explaining how probiotics work it is important to understand the complexity of the bacterial population in the gut. The bacteria (microbiota) that live within the gut are known as the “intestinal microbiome” and we have been living (usually in peaceful coexistence) with these bacteria for thousands of years. We already know that the human microbiome is an incredibly complex ecosystem with significant diversity. In fact, it is fair to say that there are over 500 different bacterial species that make up 100 trillion microorganisms weighing up to 2kg in each human being. So specific is this mixture in each human being that it is akin to a unique genetic fingerprint. And not unsurprisingly, the person to whom you owe most in giving you a unique set of gut bacteria is your mother as the bacteria are transferred from mother to baby during normal vaginal delivery.

How do Probiotics work?
Probiotics works by replacing, restoring and or altering the complex populations of living organisms that already live within the gut.
We also know that certain diseases have, as one of their causes, dysregulation or imbalance in the billions of multiple bacterial organisms that live within the human gut. This dysregulation/imbalance may contribute to diseases in multiple ways, either directly by actions on the lining of the gut, or indirectly by the signals and interactions they have with the body via the gut wall.
Probiotics can help by modifying the bacterial population so that they more resemble the pattern seen in the gut of a healthy person. Transplanting different bacterial populations into the body alters the balance of the existing bacteria and this change can lead to an improvement or resolution of disease.

What are the Different Strains of Probiotics?

What Diseases can be affected by Probiotics?

Many diseases can be affected by probiotics ranging from antibiotic related diarrhoea, vaginal yeast infections and urinary tract infections to Irritable bowel syndrome and the prevention or reduction in the severity of colds and flu. But there are many more conditions where probiotics may be useful including the management of eczema, obesity and even Alzheimer’s disease!

Can Probiotics help in Managing Obesity?

In 2014, Chinese researchers discovered that in a preliminary trial involving different diets in 93 obese volunteers, those volunteers fed supplements that included prebiotics (a precursor to probiotics) lost around 5 kg on average over a 9-week period. In another study, 125 obese subjects were split into 2 groups. Half of the subjects were given the probiotic Lactobacillus rhamnosus as part of the weight loss diet over 12 weeks and half were not given the probiotic. This 12-week period was followed by another 12-week period aimed at maintaining body weights. The study results found there was a greater average weight loss in women who received the probiotic compared to the women who did not receive the probiotic. Moreover, the change in body weight persisted in the second 12 weeks when the diet was no longer followed!

Other kinds of information lend their support to a relationship between gut bacteria and obesity. For example we know that in people who are overweight or obese there is less bacterial diversity seen in the gut than in the normal weight subject, and we also know that antibiotic usage and dietary modification can alter the characteristics of the gut bacteria. Put together, the current research helps support a relationship between the intestinal microbiome and obesity.

How Can I choose the Best Probiotic?

Choosing the best probiotic is often challenging because of the wealth of incomplete information and because of the preponderance of unsubstantiated claims made by some manufacturers. Not everything that is published on the web is true!  Nevertheless a few general principles should guide choice. The first port of call should be checking high quality patient information portals like NHS Choices from the UK and NIH MedlinePlus in the USA and more scientific websites such as NICE (National Institute for Clinical Health) or the Cochrane Database. These websites can help sort the wheat from the chaff when deciding if a probiotic works or not in a medical condition.

Once you have decided to use a probiotic, other criteria can help inform your choice. These include product quality, a term that encompasses the source of the probiotic as well as manufacturing and storage issues. Generally speaking it is best to pick a probiotic with a high count of colony forming units (CFU Count) such as 15 to 100 billion as well as a probiotic that contains a cocktail of strains (between 10 and 30). Another thing to consider with probiotics is their survivability with some higher quality probiotics requiring cooler storage temperatures to optimise their survival. Last, but not least, the amount of validated research and evidence should be considered when picking a probiotic.

It is eminently clear that probiotics have a part to play in the promotion of human health given their long use over human history. In addition, the scientific advances made in human DNA sequencing and understanding human genome as well as the advances in understanding the intense “crosstalk” between the human body and the gut bacteria has led to a much better understanding of how to modify human health and disease by targeting the gut bacteria. Although we know that gut bacteria are important and that probiotics can alter their composition and function, there is still a lot of detail that needs to be discovered to allow us to use probiotics in a targeted precise way that will optimise their potential. The race is on to find the best combinations of probiotics for specific diseases in the realm of personalised targeted medicine – a race that is worth billions of dollars.

Dr Nigel Umar Beejay is the Chair of the Gastroenterology Conference track at the 2018 Arab Health Exhibition and Congress.