Does Ketogenic diet work as a treatment for Type 2 diabetes and obesity? 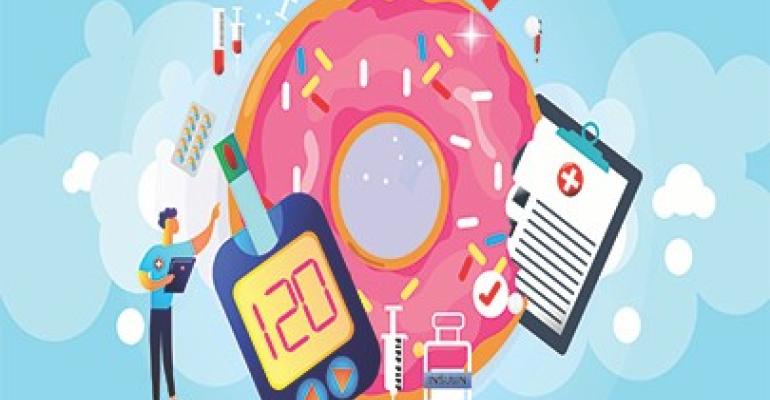 The current state of affairs

Throughout the world diabetes is an increasing concern, but nowhere matches the speed and volume of the rise of diabetes in the MENA region, China and India.

Conventional treatment is becoming financially crippling, not producing encouraging results and certainly not reducing these alarming numbers. The time has come to look elsewhere.

How did we get here?

Type 2 diabetes (T2D) is essentially insulin resistance run riot. Insulin is spiked most by carbohydrates, especially high glycemic index carbohydrates, and even more by processed, white carbohydrates such as white bread and rice where all the fibre, which technically should slow this glycemic response, has been removed.

As Gary Taubes outlines in his book Good Calories, Bad Calories, we can draw a clear correlation between the rise of processed carbohydrates (which were scarce in previous times) eaten in conjunction with high levels of unhealthy fats, and the rise of Metabolic Syndrome, which includes obesity and T2D.

As we have continued to eat these hyper-palatable foods, insulin responses have been forced higher and higher, eventually making the insulin receptors in the body unable to respond, and as these responders lose their functionality, more insulin is needed to clear excess glucose from the blood. This signals the brain to eat more of the foods, which spike insulin the most, and so the cycle continues until an individual can no longer effectively remove glucose from the blood themselves.

Our response? Give them more insulin! When excess insulin was the thing that caused this illness in the first place!

Dr. Jason Fung, a renowned endocrinologist, had this exact realisation after treating thousands of patients with T2D; that the treatment he was offering his patients was entirely counter-intuitive.

So what’s the alternative?

Fung then began using fasting as a tool to treat T2D and obesity in his clinic, and as his research continued he realised that any state in which the body is not continually spiking insulin and glucose has the potential to heal metabolic syndrome, and reverse, yes reverse T2D.

The state of ketosis, attainable by eating a very low carb ketogenic diet (VLCKD), is one such state. Not to be confused with diabetic ketoacidosis where the liver begins producing ketones in an uncontrolled and dangerous manner, ketosis occurs when the body has become depleted of carbohydrates and the liver begins producing what is increasingly being recognised to be a therapeutic fuel for the body, ketones.

Vanessa Emslie, a licensed nutritionist based in the UAE says: “The real origin of the Keto or Low Carb diet is the Banting diet, after William Banting, a formerly obese English undertaker who published a book in 1863 on his weight-loss success. Under the recommendation of his physician Dr. William Harvey, he limited his intake of carbohydrates, especially those of a starchy or sugary nature. He was so successful in this (Keto) approach, he self-published a book on the diet.”

The diet was then found to be an effective intervention for epilepsy in the early 1900s, but only in the 1970s did it rise to fame again with Dr. Robert Atkins’ diet book publication. Many people lost weight on the Atkins Diet, which was considered a fad, and whilst not low enough in carbs to be truly ketogenic, it was certainly low enough to induce the fat loss effects of carbohydrate restriction. Since then ketosis has been researched as therapeutic for everything from autism to Alzheimer’s, but its most compelling use for which we have the most undeniable data is as a treatment for type 2 diabetes and obesity.

Research into the ketogenic diet as a treatment for T2D began to mount in the early 2000’s amidst strong push-back from the medical community about the safety of the diet model, which was in such direct opposition to the long held dietary guidelines.

Six studies on humans with T2D from 2005 through 2016 consistently found that VLCKDs, under supervision of a medical practitioner, improved HBA1C, waist circumference, fasting blood glucose and a variety of other blood markers over simply reducing calories in the control groups. Many subjects in these studies were able to either reduce their medication or stop taking it completely.

But what about cholesterol?

This has long been the medical community’s standard comeback. Centrepoint to this apprehension is the widely accepted association between heart disease and dietary fat, in particular saturated fat, which formed the basis of the diet-heart hypothesis proposed by Ancel Keys in the 1960s.

Fast forward to 2018 and there is mounting evidence that the link between dietary fat and heart disease is at best exaggerated and at worst potentially one of the most damaging pieces of information to become firmly embedded in society.

As research on the connection between cholesterol and heart health mounts, it is being noted that although “required” for the development of atherosclerosis, LDL is not “sufficient” as numerous other factors are required. Of particular interest at the cutting-edge of lipidology is the role of inflammation and the different types of LDL, in particular particle size and particle number as opposed to the molecular weight, which is the measure provided through the standard cholesterol test.

In fact, all six studies did take lipid markers into consideration while assessing the overall effect of the diet on their subjects. All saw an almost uniform decrease in triglycerides in the VLCKD compared to the control group. Most noted very little change in HDL or LDL.

A 2006 study compared a VLCKD to a low fat diet and monitored lipoprotein subclasses and noted a shift in LDL particle size. Small, dense (suggested to be most damaging) particles decreased while large particles increased.

Perhaps the most compelling and encouraging VLCKD dietary intervention and study on humans yet is still underway in the U.S. 349 adults with T2D enrolled, 92 per cent obese and 88 per cent on medication. Patients were supported by a physician, as a VLCKD can dramatically lower blood glucose, and so medications must be closely monitored. Patients wore continuous glucose monitors, which fed data back to an application, which the physician had access to and could be immediately alerted if glucose levels sift dangerously.

Patients were also assigned a health coach who supported them to continuously make the correct diet and lifestyle choices to keep them on track. Patients were able to watch their own glucose spikes in real time in response to eating high carbohydrate food. This dramatically improved compliance. The health coach was able to educate the patients in real time on which foods were surprisingly high in carbohydrates (like onions and bell peppers for example) and show them where hidden carbs were sneaking in, as well as provide emotional support and strategies for staying on track and driving change.

This study published a paper at the end of its first year in October 2018. This is what it said about T2D markers, “After one year, patients in the CCI, on average, lowered HbA1c from 7.6 to 6.3 per cent, lost 12 per cent of their body weight, and reduced diabetes medicine use. 94 per cent of patients who were prescribed insulin reduced or stopped their insulin use, and sulfonylureas were eliminated in all patients.”

In terms of cholesterol, HDL increased, triglycerides decreased, and Apolipoprotein 4 (a proxy for LDL particle size) was unchanged. The study is ongoing and more personal triumphs are being achieved for these patients daily.

The question we have to ask ourselves in this region, where nothing we do seems to curb the uncontrolled increase in diabetes and obesity, is when are we going to wake up? When are we going to realise that these diseases do not develop unaided by the chronic overeating of highly processed foods, sugars and starches, but in perfect unison with their appearance?

The examples of tribes who had lived on their natural diets until the introduction of western processed foods are many, and the rise in heart disease, diabetes and obesity can virtually be drawn in perfect parallel to the increase in consumption of these foods. The UAE itself being one such example.

When are we going to give our patients the information that they deserve, that their pre-diabetes or diabetes cure is completely in their own hands, and as practitioners, pair up with coaches to heal this epidemic?The data is here, the solution is in our hands, all we need to do is act.