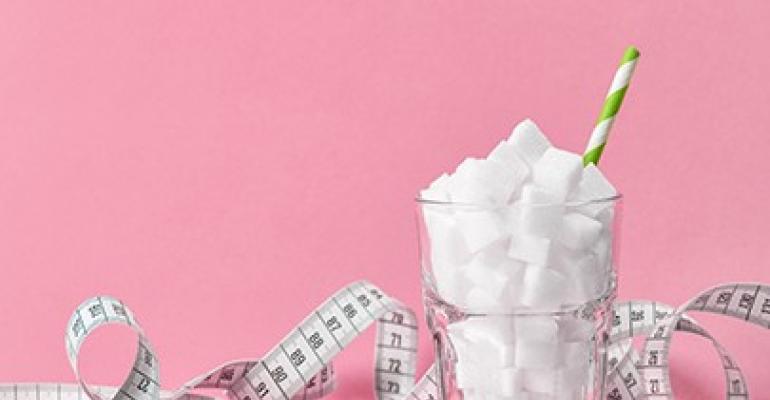 Autoimmune diabetes is a heterogeneous disorder due to an autoimmune process against the insulin-producing cells of the pancreas (β-cells) leading to insulin deficiency.

Classically, when this form occurs in children or young adults, insulin therapy is needed right up, due to the impairment of β-cell function, defining the well-known type 1 diabetes (T1D). However, the clinical onset of autoimmune diabetes is extremely heterogeneous, and it can develop at any age. Eepidemiological studies have demonstrated that approximately 30 per cent of cases of T1D occur after 30 years of age, showing that adult-onset T1D is less rare than previously deemed.

On the other hand, it has been estimated that among people with a clinical diagnosis of T2D, the occurrence of the same diabetes autoantibodies vary between 3 per cent and 12 per cent. Some of these subjects may experience a progressive loss of insulin-secreting β-cells due to the reactivity of activated T-cells, developing insulin-dependent diabetes.

In this regard, these subjects are wrongly diagnosed with T2D and are actually affected by “latent autoimmune diabetes in adults” (LADA), a slowly progressive insulin-dependent diabetes, characterised by initially non-insulin requiring, slower course through β-cells failure and, in most cases, a subclinical onset. Nonetheless, established guidelines for diagnosis of LADA are currently unavailable due to the great heterogeneity that is inside the definition of LADA itself and the lack of well-designed randomised controlled trials. Therefore, a great effort has been made in order to well-characterise these individuals. The overlap for genetic, immunological features between LADA and classical T1D as well as the lack of pathogenetic studies that are exclusive for this form of diabetes, make it difficult to draw a clear dividing line between them.

According to the Immunology of Diabetes Society (IDS), subjects affected by LADA are diagnosed with diabetes after the age of 30 years old and are insulin independent for at least six months after diagnosis, despite the presence of T1D-related circulating autoantibodies. Therefore, any adult who does not require insulin and who is positive for at least one diabetes-associated autoantibody, regardless of number, could be diagnosed as having LADA. This definition reveals the heterogeneity of LADA. For instance, not all subjects found to be positive for circulating autoantibodies develop the need for insulin therapy.

Thus, LADA remains often unnoticed in clinical setting and a high misdiagnosis rate (5-10 per cent) still occurs among people with T2D, leading to inappropriate therapies that could worsen diabetes control and could accelerate the loss of insulin producing capability by β-cells.

As a consequence, one of the main issue concerns is how to identify LADA patients at an early stage, before insulin therapy is needed. LADA should be suspected in adults newly-diagnosed with insulin-independent diabetes, who have few signs of metabolic syndrome (such as obesity, high blood pressure and cholesterol levels), uncontrolled hyperglycaemia despite using oral agents and familiar and/or personal history of autoimmunity. Testing islet autoantibodies, glutamic acid decarboxylase autoantibodies (GADA) especially, in these patients should be advised in order to ensure a closer monitoring of those with autoantibody positivity. However, it is important to clarify that a state of insulin resentence, which is typical of T2D, does not exclude LADA.

In fact, patients affected by LADA encompass a broad spectrum of phenotypes from prevalent insulin deficiency to variable degrees of insulin resistance, sharing features of both T1D and T2D and make it difficult to correctly identify LADA, just on the basis of metabolic phenotype. Consequentially, islet-cell antibodies measurement remains essential to diagnose LADA and routine GADA screening have been previously proposed. Nonetheless, testing for LADA with a full autoantibody panel in all patients with newly diagnosed T2D, irrespective to the clinical suspicious, is not recommended because of high costs, low test specificity and difficulties in interpreting the results. Risk scores based on clinical parameters should be considered before requiring islet-cell autoantibodies tests in patients with recent evidence of diabetes in order to increase the efficiency of a screening programme for LADA.

Once LADA is diagnosed, another critical issue is how to recognise subjects who have a higher risk of progression to insulin treatment. In this regard, authors suggest that insulin requirement in LADA may be linked to the degree of autoimmunity, explaining the heterogeneity observed in LADA. On that note, recent studies investigated this heterogeneity by comparing phenotypes of LADA with high-titre GADA versus those with low-titre GADA, finding that individuals with high-titre GADA are clinically more similar to those affected by T1D, being younger, thinner and showing faster progression towards insulin treatment. By contrast, low-titre GADA subjects show more pronounced traits of insulin resistance and slower rate of β-cells destruction as compared with high-titre GADA.

Furthermore, even the type of antibody positivity seems to influence clinical features of LADA. The Non Insulin Requiring Autoimmune Diabetes (NIRAD) group demonstrated that IA-2A, that are less frequent than GADA, increase in frequency with increasing BMI in a population affected by T2DM, becoming the most prevalent antibody in patients with BMI > 30 kg/m2. In the Arab population, it was observed that the number of positive autoantibodies is also associated with the risk of developing insulin-dependence. These findings support the hypothesis that pathogenesis of LADA should be linked with both immunological factors, which may act as the principal trigger in subjects with normal BMI and high-titre GADA, and chronic inflammation, which could lead to the development of less severe islet autoimmunity in people with obesity and with increased risk of T2D, as testified by the presence of IA-2A. Testing for C-peptide may also be helpful to identify LADA subjects at higher risk of developing insulin-dependency.

Another outstanding question concerns treatment strategy. In fact, due to the wide heterogeneity among patients with LADA it is difficult to establish a priori algorithm for treatment and a tailor-made therapeutic approach is needed to improve glycaemic control and insulin sensitivity, taking into account clinical and biochemical features of each patient. Considering the autoimmune pathogenesis of LADA, evidence shows that patients with LADA should be treated with insulin at an earlier stage. On the contrary, data on sulfonylureas discourage their use in patients with LADA, because these agents might stimulate β-cell and enhance the antigen expression of β-cells, exacerbating the autoimmune process. However, there is a wider window of other therapeutic interventions that may be of some clinical benefits when added to insulin treatment.

Insulin sensitizers have been shown to be helpful in subjects with autoimmune diabetes who share more pronounced insulin-resistant traits. Moreover, as LADA subjects generally show some degree of residual β-cell function, treatment should aim at both protecting and stimulating β-cell regeneration. Thus, combined therapies to target different pathways could be a proper strategy. Based on the newest evidences, DPP-4 inhibitors and GLP-1 receptor agonists might be tested in LADA as an add-on therapy to insulin to sustain residual β-cell function, slow down β-cell loss and improve glycemic control in autoimmune diabetes, especially in patients with a relative maintenance of C-peptide secretion. Therapeutic strategy in LADA should focus on the preservation of residual β-cell function as long as possible since its preservation is associated with reduction of long-term diabetic complications. Further studies in this field of interest are strongly encouraged.

Dr. Maddaloni will be speaking on ‘Latent autoimmune diabetes of the adulthood’ as part of the Diabetes conference,