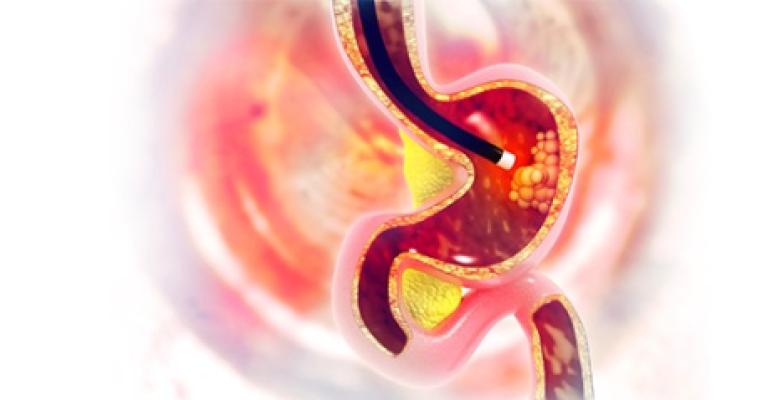 Cleveland Clinic Abu Dhabi conducted its first Peroral Endoscopic Myotomy (POEM) procedure – the first in the Middle East region – in 2015, and has since gone on to treat more than 11 cases of Achalasia, nine of which have been among UAE nationals.

The introduction of a raft of cutting edge non-invasive endoscopic procedures to the Middle East has been made possible over the last three years by Cleveland Clinic Abu Dhabi.
As the Middle East’s leading multispeciality healthcare facility, the hospital is the first in the region to introduce new endoscopic techniques such as Peroral Endoscopic Myotomy (POEM), a procedure to counter the effects of the rare swallowing disease achalasia; and Peroral Endoscopic Pyloromotomy (POP) to treat gastroparesis – a condition which stops the stomach from emptying properly.

Only a limited number of medical centres across the world are equipped with the expertise and experience to offer these forms of endoscopic treatment which are seen as a less-invasive alternative to open and laparoscopic surgery.

POP and POEM are part of a wave of recently introduced endoscopic procedures which have been changing the way many serious gastro-intestinal conditions are treated in the UAE and wider region.

Since the 1970s, doctors have been using endoscopes, flexible tubes that can be passed through the mouth or rectum to cut away lesions of the gastrointestinal tract.

Endoscopes allow physicians to examine and operate on the surfaces of the esophagus, stomach, intestine and colon without making a surgical incision allowing for faster recovery and shorter hospital stays.

In 1971, two doctors named Shinya and Wolff described what was then a new method for removing colonic polyps using an endoscope inserted through the colon. In their research, they found that among 303 patients, all of whom had colonic polyps removed using the new technique, no patients died in the following two years and few developed other chronic conditions. The research heralded a new era in endoscopic surgical therapy.

Since then, doctors around the world have been regularly using endoscopes to remove polyps. Today, removal of large lesions using endoscopic surgery is increasingly used throughout the gastrointestinal tract.

And yet, as recently as the 1990s and early 2000s, attempts to use the technology to perform more complicated surgeries purely using natural orifices and without the need to make any external incisions had been met with resistance by a number of medical professionals.

Resistance came from general surgeons who were not used to using an endoscope and were concerned that the endoscopic techniques could cause conditions where stomach juices leaked from the stomach and intestines.

Gastroenterologists also shied away from using the new techniques at first because they were not familiar with general surgical principles and didn’t feel comfortable performing many of the new surgical procedures.

This new development also coincided with new advances in keyhole surgery in which surgeons use a laparoscope to make small incisions of between 0.5cm and 1.5 cms wide, often in the abdomen, diverting many surgeons’ attention away from advances in endoscopic surgery.

Undeterred, proponents of endoscopy continued to develop new techniques using the rapidly evolving technology, enabling them to tunnel into the muscle walls of the esophagus, stomach and guts.
The non-surgical approaches are based on techniques pioneered in Japan and involve using an endoscope to tunnel into the dense, irregular connective tissue which joins the outer layer of mucous membrane to the muscle of the esophagus, stomach and intestines.

One of the first of these was Peroral Endoscopic Myotomy (POEM), an endoscopic procedure where surgeons cut away at the inner layer of muscle near the lower esophageal sphincter to help patients who have developed a rare condition called achalasia, where the muscles at the top of the stomach have become too tight, preventing food from passing into the stomach. POEM is increasingly becoming accepted practice for patients suffering from achalasia.

Cleveland Clinic Abu Dhabi conducted its first POEM procedure – the first in the Middle East region – in 2015, and has since gone on to treat more than 11 cases of Achalasia, nine of which have been among UAE nationals.

With experts estimating that the rate of achalasia among the world population standing at far less than one per cent, doctors at Cleveland Clinic Abu Dhabi are currently investigating why the incidence of the disease in the UAE seems relatively high. The hospital is calling for other hospitals in the region to pool their numbers so that it can get a better understanding of how widespread the disease is in the region.

The development of POEM has also given the field of therapeutic endoscopy a new vigour, prompting a number of new developments.

The new techniques also include a recently introduced surgery known as per-oral pyloromyotomy (POP), an endoscopic procedure where surgeons perform a similar operation, using a submucosal tunnel to cut away at the pyloric sphincter muscle between the bottom of the stomach and the top of the small intestine. This is used to relieve the symptoms of gastroparesis, a debilitating and chronic digestive disease where the stomach does not empty properly.

Among these procedures, POP – dividing the pylorus using endoscopy in order to relieve the symptoms of gastroparesis - potentially has some of the most far reaching benefits.

Gastroparesis is a disease which stops the stomach from emptying properly, usually due to either end stage diabetes, surgery or other medications. Experts estimate that around 5.2 per cent of people with type 1 and 1.0 per cent with type 2 diabetes have the condition. It can occasionally also occur spontaneously with no known cause, although this is likely to happen for women 37.8 times per 100,000 people and for men only in 9.6 cases per 100,000.

Gastroparesis is diagnosed by studying the gastrointestinal tract to check whether the stomach is emptying. If doctors cannot find any obstruction or ulcer, they confirm the diagnosis by using what is known as a gastric emptying study. This usually involves the patient eating a meal in which the solid component of the meal (for example scrambled eggs) is mixed with a small amount of radioactive material. A scanner, acting like a Geiger counter, is then placed over the patient’s stomach to see how quickly the radioactive material empties from the stomach.

Patients diagnosed with gastroparesis are at first given advice on modifying their diets and drugs to help them digest food better. But, the progressive nature of the disease and the fact that many of the drugs used as promotility agents become less effective over time, leads patients to search for other options to relieve their symptoms.

Currently these include everything from injections of botulinum toxin (botox); placing a stent – a small mesh tube – inside the muscle between the stomach and the duodenum; inserting a device in the abdomen which sends mild electrical pulses to the abdomen to aid gastric emptying; or performing keyhole surgery using a laparoscope to cut away at the muscle. Yet all of these procedures have some drawbacks.

Although further study is needed to assess the long-term outcomes for patients who have undergone POP procedures, the results so far have been positive. Doctors working at both Cleveland Clinic and Cleveland Clinic Abu Dhabi have completed 57 POP procedures without seeing any post-operative leak or obstruction. The average amount of time it takes to perform the procedure is 41 minutes and most patients questioned after the procedure have reported improved symptoms.

And, with support for both POP and POEM procedures growing in the region and around the world, doctors are now looking at ways of using the new techniques to treat other gastrointestinal conditions such as gastroesophageal reflux disease (GERD), constipation and tumours.

By tunneling into the submucosal wall, surgeons may also have the chance to take targeted biopsies from the gastrointestinal area, implant tiny monitors, or to insert patches which slowly release drugs directly into the affected area.

This type of innovative surgery is also likely to usher in a new way of surgical thinking. In the past surgeons have been loath to avoid perforations which can get infected and cause leakage. Using the new technique, the tunnel is sealed by closing the mucosal defect, meaning that there is less chance of leakage and infection.

And so, as the world looks on to see how the next phase of cutting-edge non-invasive endoscopic procedures will develop, we at Cleveland Clinic Abu Dhabi hope that surgeons in the Middle East will be able to play a major role in advancing this field of medical technology.