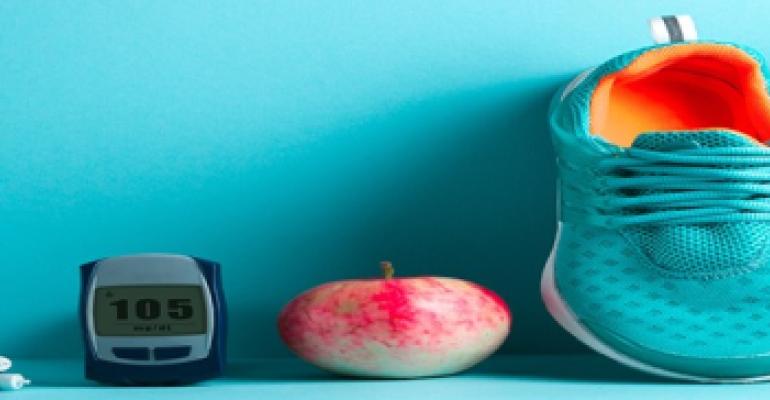 Glucose monitoring is a core component of a successful management strategy for people with diabetes, especially for those who are insulin-treated. It facilitates intensification of insulin therapy, with a subsequent reduction in diabetes-related complications, while minimising the risk of hypoglycaemia. Since 1971, when the first glucose monitor was used, the most common method of glucose monitoring has been the use of intermittent capillary blood glucose monitoring using standard finger-prick methods. This has revolutionised diabetes management in several ways. It allows patients to immediately detect and treat hyperglycaemic or hypoglycaemic excursions; it facilitates change in patients’ lifestyle by demonstrating the effect of lifestyle activities on glycaemia; and it allows therapy adjustment to achieve target HbA1c level in the long-term.

There are many advantages for this method of testing. It is fast, accurate, portable, simple and cost-effective. Devices used for self-monitoring of blood glucose (SMBG) have evolved with many developments allowing for improved accuracy, reduced size, memory function, reduced required blood volume, rapid analysis, ability to test for blood ketones and bolus advisor integration (Smart SMBG).

There is evidence for improvement in glycaemic control with increased frequency of SMBG in patients with type 1 diabetes. However, SMBG only provides a snapshot of the glucose profile at the point of testing. Therefore, it is missing important information about magnitude, direction, and duration of glycaemic excursions. This can be crucial especially at important times, from glycaemia point of view, when the patient is unable to test like driving, exercise or sleeping. Furthermore, the procedure is invasive and seen by many patients as painful, which can result in reduced compliance with the recommended frequency of monitoring with subsequent negative impact on diabetes control.

Emergence of CGM technology has addressed an important drawback of SMBG technology by providing patients and healthcare professionals with continuous information about the glucose profile. A CGM system comprises two essential components; a body-worn glucose sensor and an electronic unit for signal processing and wireless data transmission. Some CGM systems also comprise a unit to display glucose values in real time, which has been replaced by mobile phones for data display in some of the new generation CGM systems.

Glucose biosensors combine a glucose recognition component with a physiochemical detector. They can be classified according to sensing technique, level of invasiveness or target biofluid (blood or interstitial fluid).These systems can either display glucose values in real-time (RT-CGM) or store glucose data for retrospective analysis by healthcare professionals (blinded CGM). Real-time devices display glucose value accompanied by a trend arrow to show direction and magnitude of rate of change. These devices also feature an alarm function when glucose level is outside a pre-determined range or when a hypoglycaemic event is predicted. For instance, FreeStyle Libre Flash Monitoring System (FGM) is a relatively new glucose monitoring system where glucose data can be accessed by actively scanning a reader over the sensor rather than being continuously displayed in real-time.

Research evaluating the effectiveness of CGM technology is extensive. It has studied the effect of CGM on several glycaemic outcomes including effect on HbA1c, hypoglycaemia measures and glycaemic variability measures. It has also studied non-glycaemic outcomes including effect on quality of life. The effectiveness of CGM has been evaluated in different settings (ambulatory, inpatient and in intensive therapeutic unit (ITU)) and in different types and subgroups of diabetes.

However, several confounding factors need to be considered while evaluating the CGM evidence. As the CGM is a diagnostic tool, its effectiveness relies on effective translation of the CGM data into an effective therapeutic intervention that will eventually impact the outcome. This effective translation depends on patient’s training, skills and compliance. It also depends on the experience of the diabetes team and the level of support provided to patients. Therefore, some of the CGM studies might not only evaluate the use of CGM and its accuracy, but also evaluate factors related to patient and diabetes team interaction with the CGM. Furthermore, CGM cannot be investigated in a double-blind manner. Therefore, the best possible evidence can be obtained from large-scale open-label randomised controlled crossover studies, where subjects act as their own control. Another important factor to consider when evaluating the CGM evidence is the rapid development in CGM technology. The continuous development in CGM sensor fabrication and algorithms used for glucose data analysis has resulted in significant improvement in CGM accuracy. Therefore, studies conducted a few years ago using older generations of CGM systems might have shown different results if they were conducted using newer generations of CGM with enhanced accuracy.

Over the last decade, CGM technology has gathered a significant pace. This started in 2008 with the publication of the landmark Juvenile Diabetes Research Foundation CGM study, which demonstrated the value of continuous use of CGM technology in improving glycaemic and reducing HbA1c. However, several limitations affected the uptake of the technology. This was evident from T1D exchange data demonstrating that CGM technology was being used by only 6.5 per cent of people with type 1 diabetes in the U.S., despite reimbursement, and that among individuals who have used a CGM, two-thirds stopped using it. Some of the important limitations were related to inaccuracy of available CGM systems at the time and the relatively high cost. However, there has been steady improvement in CGM accuracy in recent years with subsequent changes in licensing by regulatory bodies that allowed non-adjuvant use (ability to rely on the system for self-adjustment of insulin doses without the need to confirm with SMBG first).

On the basis of available evidence, RT-CGM has been used therapeutically for further optimisation of subcutaneous continuous insulin pump therapy regimen if the target HbA1c has not been achieved or for patients with recurrent disabling hypoglycaemia, those with hypoglycaemia unawareness or debilitating fear of hypoglycaemia. However, DIAMOND and GOLD randomised controlled studies have recently demonstrated the positive impact of CGM on markers of glycaemia in patients using multiple daily insulin injections. This has challenged the clinical pathway that requires the use of insulin pump therapy before CGM is considered.

Combining the benefits of CGM and those of insulin pump therapy (sensor augmented pump therapy) was evaluated in a number of studies. This has paved the way to closed-loop systems, where an algorithm uses input from CGM data to control insulin delivery via the insulin pump. There has been extensive evidence from research studies showing the positive impact of use of closed-loop systems on glycaemic markers. In 2016, Medtronic received US Food and Drug Administration (FDA) approval for its first hybrid closed loop system (MiniMed® 670G system) in the United States.

Flash glucose monitoring is sometimes regarded as a separate entity from CGM. It differs from RT-CGM in two main aspects. First, it does not have an alarm function (although this will change with the next generation FreeStyle Libre 2); second, it requires active scanning of the sensor unit by a reader or a cell phone to access glucose data rather than passive display of glucose continuously, which is updated at five-minute intervals.

The value of FGM has been demonstrated in both type 1 diabetes (The IMPACT study) and in type 2 diabetes (the REPLACE study). While there was minimal change in HbA1c, there was significant reduction in hypoglycaemia and markers of glycaemic variability, and positive impact on patients’ reported outcomes.

Until the dream of developing a cure for type 1 diabetes is realised, diabetes technology and automated insulin delivery represent the best available management strategy for diabetes control and reduce the burden of the disease. This could not have been realised without the development of CGM and the significant advances that have been achieved in this field recently. However, development of an accurate non-invasive affordable CGM system remains an important goal for people with diabetes and a significant challenge for research groups and industry.