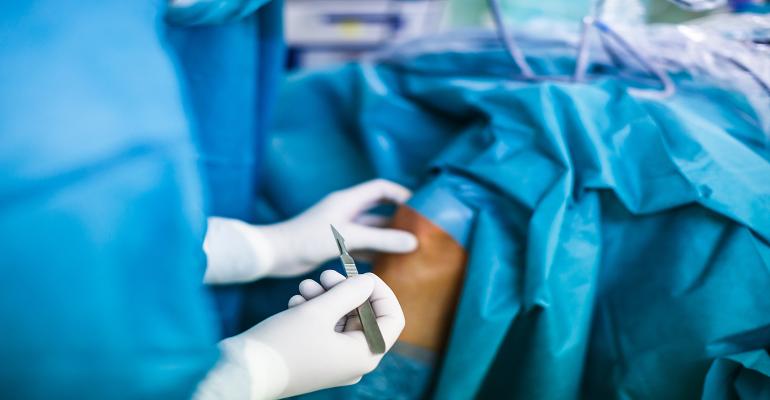 When choosing a graft for reconstruction, it must be considered that the MPTL is stiffer than the MPFL.

Anatomy, imaging, and biomechanical characteristics of the MPFL have been well described, but less is known about the MPTL and MPML. The MPTL is located 13.7 mm distal to the joint line and 3.6 mm proximal to the distal border of the patella, 9.4 mm distal to the joint line, and in line with the medial border of the medial tibial spine. When choosing a graft for reconstruction, it must be considered that the MPTL is stiffer than the MPFL. The MPTL and MPML, though considered secondary stabilisers, exert an important role in maintaining joint stability, especially in the final phases of extension, opposing the lateral traction of the quadriceps.

Probably the first technique to manage patellar instability was the Galeazzi procedure, described in the 1922, using a semitendinosus (ST) transfer. This procedure continued to be performed even in 1998, when the precise anatomical location of the insertion of MPFL was reported. Rillmann et al. described a transfer of the medial portion of the patellar tendon (PT). Both surgical techniques are analogous to a MPTL reconstruction. Many other authors reported their results with these techniques, with or without the reconstruction of the MPFL (e.g., lateral retinaculum release, TTO, Roux–Goldthwait). In the early 2000s, following the introduction of the isolated MPFL reconstruction, MPTL reconstruction alone fell out of favour. However, in the last few years, several techniques have been described for the combined MPFL and MPTL.

An adequate tensile strength and length of the graft and similar stiffness to the original ligaments are the most important features for an ideal graft in combined reconstruction. The most commonly used grafts in the knee include the quadriceps, patellar, semitendinosus, and gracilis tendons: all provide adequate strength in reconstruction procedures. However, because the MPTL is stiffer than the MPFL, the use of a stiffer graft for the MPTL than for the MPFL can be considered.

A recent PRISMA systematic review analysed nine studies regarding the combined reconstruction of MPFL and MPTL reporting that eight studies had used hamstrings autografts, such as the gracilis tendon, preserving their tibial attachment. Only in two studies had free tendon ends been fixed in the tibia, and one used the medial portion of the patellar and quadriceps tendons using anchors to fix the grafts at the femoral and tibial attachments. In three studies, anchors were used to secure the grafts to the femur, while in one study the free end was looped and sutured to the adductor magnus tendon, and in other three studies an interference screw were used to fix the grafts to the femoral tunnel, with the proximal end of the grafts employed to reconstruct the MPFL.

Complications include wound infections, knee effusion, quadriceps atrophy, subjective instability and limitation of the range of motion (ROM). Three studies reported no complications in a total of 67 patients. Management of patellar instability with combined reconstruction of the MPFL and MPTL lacks level I evidence, which compares surgical techniques and biomechanical principles behind the mentioned techniques. Bitar et al. compared operative and nonoperative management for recurrent patellar instability, with better subjective outcome after surgical treatment with MPFL reconstruction. The use of femoral soft-tissue fixation for MPFL reconstruction reduces surgical morbidity with no inferior outcome in term of patellar stability, patellar tracking and subjective clinical outcome when compared with screw fixation.

Combined reconstruction of the MPFL and MPTL is receiving increasing interest, probably a consequence of new anatomical, biomechanical, and histological studies which report that the MPTL is a true ligament, with specific biomechanical proprieties important for patellofemoral tracking and stability. Furthermore, this combined reconstruction can improve outcomes if compared with isolated MPFL reconstruction, reducing surgical morbidity and decreasing the need for bony procedures such as TTO in patients with borderline patella alta/lateralized force vector, and the use of trochleoplasty in patients with moderate dysplasia.

Rehabilitation protocols, reported in the available scientific literature, are different, and vary from restrictive (progressive weight bearing with a brace locked in extension for two weeks) to partially restrictive (full weight bearing with crutches and isometric quadriceps strengthening, progressive increase of ROM to 0°–90° within sixth weeks).

Routine reconstruction of both MPFL and MPTL may become a part of the algorithms used for the management of patellar instability, but, at present, because a meta-analysis was not possible, we can only conclude that good clinical outcomes were achieved by combined MPFL and MPTL reconstruction.

Given the lack of randomised controlled trials and the low number of studies, we are unable to define the ideal situation for combined MPTL and MPFL reconstruction. Probably, the indications suggested by Hinckel et al., such as subluxation in extension, instability in flexion, knee hyperextension with ligamentous laxity, and skeletal immaturity with associated risk factors, supported by anatomical and biomechanical studies, may be used, at least until stronger clinical evidence is available.

In conclusion, the available scientific literature regarding combined MPTL and MPFL reconstruction suggests that this procedure leads to favourable clinical outcomes with minimal morbidity, supporting its use as a valid surgical alternative for the management of recurrent lateral patellar dislocations and clinical instability. However, the quality of the scientific articles available is variable, from low to high, and appropriate RCTs are needed to understand the adequate indications for surgery in case of patellar instability.