Acute Cholecystectomy: Better than the Alternatives 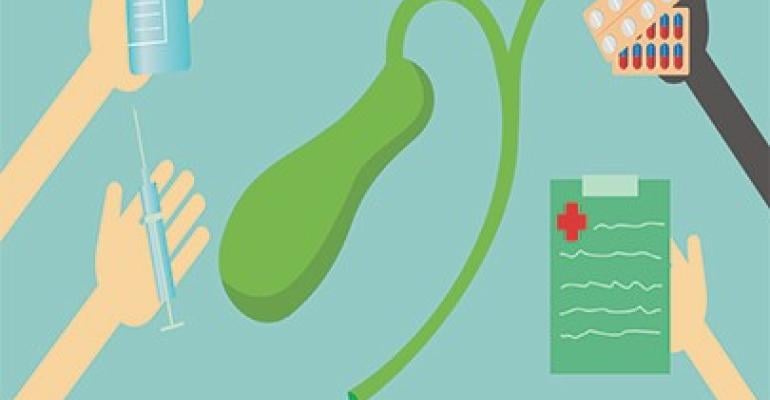 Acute gallstone disease remains one of the most common general surgical emergencies worldwide. As such, the condition requires the utilisation of considerable surgical resource.

In addition, with the increase in obesity rates and diabetes, the problems associated with gallstones and their complications is steadily increasing.

The burden on emergency surgical services is significant. This has driven the need for more defined surgical pathways to be developed in order to deal effectively with acute patients.

This need has been recognised by many centres around the world, but uptake of acute cholecystectomy has been unequal. This is especially relevant in an age of increasing subspecialisation, where the necessary skill-set for safe operative intervention in the acute setting might not be available.

Over the last 25 years we have seen a move away from open cholecystectomy and conservative treatment for acute gallstone disease. Traditionally, patients presenting with acute cholecystitis are managed by the general surgery emergency service. Resuscitation, management of sepsis and analgesia remain the mainstays of initial treatment. Clearly, these can be managed by non-specialist surgeons.

However, controversy exists around the best time for intervention to remove the gallbladder containing the troublesome stones. In the past, surgical teaching was to allow the inflammatory process to ‘settle’ for 6-8 weeks, then proceed with elective (or ‘cold’) cholecystectomy.

Increasingly, this approach is being shown to be both inefficient and potentially dangerous for patients at risk of further complications of their gallstones.

Since the advent of specialised upper gastrointestinal services, the development of acute cholecystectomy for the ‘hot gallbladder’ has matured into a realistic option for the majority of patients presenting acutely. Data from around the world have started to define the standard of care that would be applicable for the majority of acutely presenting patients.

Guidelines from the World Society of Emergency Surgery (WSES) recommend that early laparoscopic cholecystectomy should be performed as soon as possible but can be performed up to 10 days from symptom onset. In the United Kingdom, the National Institute for Health and Care Excellence (NICE) recommend that patients with acute cholecystitis should receive cholecystectomy within seven days of diagnosis.

A recent observational study comparing the practice of acute cholecystectomy in the U.S. and UK has given some interesting insights. National hospital data for a 14 year period (1998-2012) was analysed for the diagnosis of acute cholecystitis. In the U.S., 1,191,331 patients were admitted, in England 288,907 patient. Emergency cholecystectomy was performed in 53 per cent of U.S. patients, but only 16 per cent of UK patients.

The low proportion of acute cholecystectomy in the UK permitted an analysis of delayed cholecystectomy surgery in this patient group. Within the first year of index admission, 40 per cent of the delayed surgery group were readmitted as emergencies with a further attack of acute cholecystitis, in addition to gallbladder colic (9.4 per cent), biliary obstruction (3.2 per cent), pancreatitis (1.3 per cent) and ascending cholangitis (0.6 per cent).

A mean of 2.7 emergency re-admissions admissions was recorded in the first year for this group. After the first year, more than half this group had not received definitive cholecystectomy. The main reason for the delayed management in the UK group was lack of healthcare resource provision. Many patients were subsequently lost to follow-up. This study clearly demonstrates the unnecessary burden of a ‘delayed cholecystectomy’ policy, which imposes increased costs in the healthcare system and the patient.

The Royal College of Surgeons of England is completing a national quality improvement project via the Cholecystectomy Quality Improvement Collaborative (Chole-QuIC). This aims to develop and disseminate a viable model for the provision of emergency cholecystectomy services within the National Health Service. Healthcare systems with a financial incentive to early treatment have been identified as having a higher provision of early treatment services.

Patients presenting with acute gallstone disease should be able to access urgent laparoscopic cholecystectomy to resolve the cause of the acute episode and prevent the occurrence of further complications and emergency presentation. This makes good clinical sense and is cost effective. Increasingly, patients will seek out those services which provide one-stop care for their acute presentation with gallstone disease.