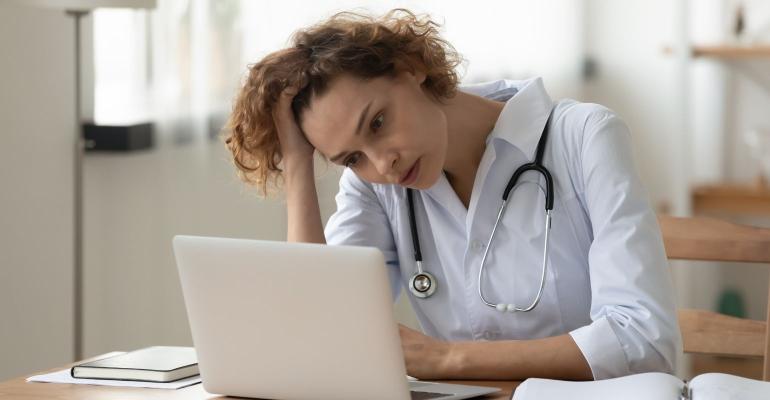 Policymakers, researchers, and health professionals agree on the need to combat health misinformation. However, the magnitude of the problem is unknown, reveals a systematic review.

According to a recent article published in the American Public Health Association, health misinformation on social media can have alarming repercussions, such as escalating vaccine controversy and promoting unproven cancer treatments.

Therefore, it requires urgent action from policymakers and those working within public health research and practice. Any health-related claim of fact that is inaccurate based on current scientific consensus is referred to as "health misinformation." Many other types of information, such as contradictory or conflicting findings, changing evidence, and information with a high degree of uncertainty, pose a challenge for health communication.

Related: Leveraging the power of social media to build confidence in vaccines

For several reasons, responding to misinformation is challenging. Practical efforts to fight misinformation by supplying accurate information, for example, may be rendered ineffective due to psychological factors such as emotions and cognitive biases. According to the publication, this could explain why treatments like promoting articles with corrective information have had inconsistent results.

Another concern is the difficulty of recognising and reaching out to those who are being misinformed. The diversity and volume of social media enable users to self-curated their feeds and identify comparable content using automated algorithms, facilitating the construction and maintenance of information silos. Individuals who are part of a group in which misinformation is circulating are less likely to be exposed to content that contradicts their network's prevailing opinion due to these traits.

Prevalence of Health Misinformation on Social Media: Systematic Review, searched PubMed, MEDLINE, Scopus, and Web of Science for articles published in English before March 2019, with an emphasis on the investigation of health misinformation in social media. A total of 69 studies were found to be suitable, with topics ranging from health to social media platforms.

The prevalence of health misinformation was the highest on Twitter and on issues related to smoking products and drugs. However, misinformation on major public health issues, such as vaccines and diseases, was also high.

An approach centered on simply providing evidence-based health messages or broadly debunking misinformation will likely be insufficient, according to the article published in the American Public Health Association. Interdisciplinary research is needed to develop additional strategies and identify the optimal timing, manner, and forum for responding to misinformation. Although a reactive response will be effective in one situation, a proactive response (such as inoculation) may be vital in a different context. It is also possible that the best response is no response at all, for example, if acknowledging the falsehood in a correction would only “give it oxygen” and further its spread.

Finally, system-level preventive efforts are also needed, such as legislation requiring social media platforms to remove potentially harmful misinformation or incentives to increase their adoption of practices that make it more difficult for users to find and share misinformation. Increasing the public’s health, science, and media literacy to decrease vulnerability to misinformation is another important prevention strategy. Such efforts could raise awareness of the techniques (example, cherry-picking data) used by agents of misinformation and increase the public’s understanding of the inherent uncertainty and complexity of health and science information to induce a healthy scepticism toward claims that are overly simplistic or sensational.