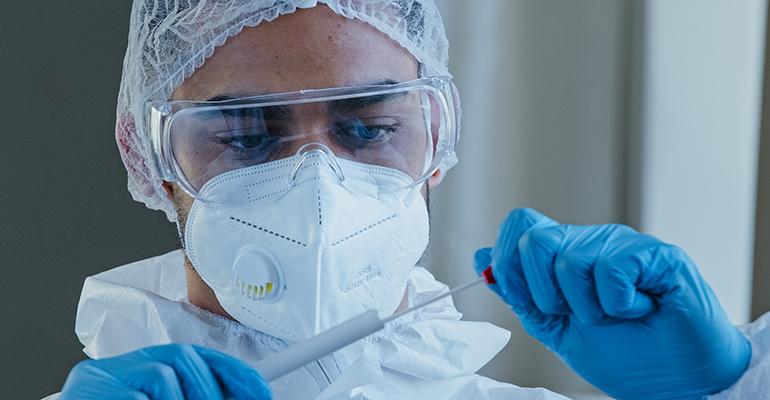 Based on Colliers research, by 2030, Egypt will require approximately 38,000 new beds with an estimated investment of US$8 to 13 billion.

Moreover, one of the popular products in Egypt is “Doctor’s Clinics”. Also, based on Colliers research, by 2030, Egypt will require approximately two million sqm of medical clinics space with an estimated cost of US$1 billion, providing opportunities for developers to develop and sell the clinics to doctors/investors.

Egypt is one of the most populous Arab countries in the world with over 100 million people living within its borders and another 10 million living abroad. With population growth running at a rate of 2.5 per cent per annum, demand for physical and social infrastructure, including healthcare and education services is growing.

Egypt’s healthcare sector lags MENA both quantitatively and qualitatively, but that needs to change. Rapid reforms are underway. COVID-19 may have put huge pressure on Egypt’s healthcare system, but the pandemic also provided an opportunity to strengthen it with reforms such as the implementation of a Universal Health Insurance (UHI) plan. Nonetheless, the longer-term success of Egypt’s healthcare sector depends on how quickly the market embraces new technologies and innovations, founded on global research and development (R&D) and adopts a data-driven, patient-centric and results-oriented approach to the industry.

Mother & childcare: Between 2021-2030, approximately 26 million babies will be born in Egypt, creating a huge demand for mother and childcare facilities and services, such as obstetrics, gynaecology, and paediatrics.

Lifestyle diseases: Globally, Egypt has one of the highest prevalences of lifestyle diseases with approximately 15 per cent of the population over the age of 20 with diabetes, 32 per cent with obesity and over 25 per cent suffering from hypertension.

Geriatric care: Population growth in the over 60s will drive demand for geriatric services such as long-term care, rehabilitation, and home care. Presently there are 5.5 million over the age of 65, but this number is expected to increase to 7.7 million by 2030.

Key causes of death in Egypt

Non-communicable diseases, including cardiovascular disease, diabetes, cancer, and chronic respiratory disease, are currently the leading national cause of death in Egypt.

Non-communicable diseases account for approximately 82 per cent of all deaths and 67 per cent of premature deaths.

In recent years, the rate of diabetes-related illness has increased dramatically in the MENA region. International Diabetes Federation (IDF) data shows that of the 463 million people with diabetes globally in 2019, MENA contributed 55 million. Estimates suggest that by 2045 diabetic patients in MENA will rise to 108 million. Egypt’s age-adjusted diabetes prevalence rate, at 17.2 per cent among the 20–79-year-olds totalling over 11.9 million, is one of the highest amongst MENA countries and other developed countries.

Another widespread lifestyle disease is obesity. Egypt’s obesity prevalence rate among adults is 32 per cent, which is higher than some developed countries, as well as other countries in MENA.

The Universal Health Insurance (UHI) plan was launched in 2018 to reform the fragmented healthcare system in Egypt. The comprehensive healthcare insurance scheme will cover all governorates by 2032, with implementation taking place over six phases, each phase focusing on a different geographic area.

In 2018, around 55.6 million of the population was insured. A historical CAGR of 2.7 per cent, suggests that numbers insured by 2020 should reach 58.6 million, but this target is likely to be exceeded given the introduction of the universal health insurance law in 2018.

The emergence of the insurance market will have a significant impact on private healthcare and may also drive, as seen in many other markets, the need for more cost-effective practices and greater efficiencies.

A focus on daycare surgery

Constantly developing technology has resulted in improved diagnostics, advancements in new surgical techniques, anaesthesia administration and enhanced postoperative care. These advances have resulted in a significant increase in daycare surgeries across the globe and particularly in the developed world. In Egypt, their prevalence is likely to grow in line with regional benchmarks, such as 32 per cent in the KSA and around 42 per cent in the UAE, offering tremendous opportunities for expansion. A move towards daycare surgeries not only reduces the need for significant capital outlay due to fewer hospital beds required but will improve cost efficiency. Based on a UK study, average daycare costs were £698, compared to the average elective inpatient cost of £3,375. Ongoing growth in the insurance market will also add impetus to the preference for daycare treatment.

A focus on centres of excellence

As a result of urbanisation, and rising life expectancy and disposable income, there has been an increase in chronic/lifestyle diseases such as diabetes, coronary problems, and other obesity-related illnesses. Six specialties now account for over 80 per cent of all surgery. Colliers expects that, like in many other developed nations, Egypt will experience a realignment of treatment through the establishment of specialised Centres of Excellence (CoE), away from family clinics and general hospitals.

Egypt currently requires around 19,000 dedicated Long-Term Care (LTC) beds to cope with elderly patients. By 2050, it is likely to need almost 62,000.

Owing to Egypt’s large population and high hospital occupancy rates, the country will require more primary care clinics and medical centres to meet the demands of a rising population.

There is a need for more standalone laboratories and diagnostic centres in Egypt to support the increasing volume of outpatient facilities.

Key, yet often ignored, a prerequisite for the provision of quality healthcare services is the availability of human capital. Without qualified, specialised human resources, even the best medical facilities using the most advanced medical equipment are not efficient. By 2030, an additional 88,000 doctors will be required, 73,000 extra nurses and 18,000 pharmacists.

Egypt has earned a strong regional reputation for having quality doctors and infrastructure at a competitive price. Easier visa access than some of its regional competitors also supports business.

Higher-income levels and aesthetical awareness have resulted in increased demand for beauty and cosmetic treatments, such as body contouring, anti-ageing, lipoplasty (liposuction), eyelid surgery, breast implants, rhinoplasty, facelifts, botox, medical spas, and hair transplants. In response to demand, a large number of beauty and cosmetic centres have emerged in upscale areas of Cairo and elsewhere.

One attraction of Egyptian property is as a hedge against inflation. The recent devaluation and currency fluctuations have seen residential prices rise by approximately 20 per cent (in EGP terms) year-on-year; a trend supported by a lack of supply in the residential market.

Alongside primary accommodation, the second tier of property interest has emerged over the last decade with holiday or vacation homes becoming a popular investment and lifestyle choice. Demand in this sector will remain underpinned by the volume of products and choices available to consumers, both in terms of location and price points.

Sustaining high occupancy levels all year round in second homes can be challenging. Colliers has seen these challenges being addressed through the introduction of healthcare and wellness-driven resorts, long-term care, and rehabilitation facilities.

These facilities have a positive impact on occupancy rates by attracting not only vacationers but retired households and those seeking longer holidays within proximity to healthcare facilities.

Seasonality is one factor behind demand levels but ‘pull factors’, such as proximity of hospitals, clinics, long-term rehabilitation centres, wellness retreats, fitness/skill retreats and retirement homes, also contribute to the equation.

Regionally, and in Egypt specifically, there is a new trend in developing healthcare/medical-driven mixed-use developments, known as “Healthcare Cities/Parks” or “Medical Cities/Parks”. These are a combination of retail, residential, commercial and hospitality developments working together to form a desirable destination.

Egypt’s healthcare sector, particularly the private healthcare sector, offers several lucrative opportunities for developers, investors and operators. However, it also possesses several challenges, such as high costs of capital and a brain-drain of qualified doctors and paramedical staff, typical to the GCC countries.

One of the key challenges to establishing and operating additional beds will be qualified staff. Our analysis identified an additional 88,000 doctors, 73,000 nurses and 18,000 pharmacists will be needed to serve the additional demand by 2030, suggesting an increase in demand for medical education institutions.

In addition, Egypt and the African region is expected to follow the footsteps of Dubai and other established healthcare centres to promote and attract medical and wellness tourism by offering high-quality, patient-centred healthcare services at affordable prices. Greater Cairo is expected to establish itself as a medical tourism hub focusing on developing centres of excellence for cardiovascular, cancer, neurology, liver, pancreas, pulmonology, urology, nephrology, gastroenterology, obstetrics and gynaecology, paediatric care, and other complex treatments.

North Coast and other coastal developments can be established as health and wellness hubs by offering beauty and cosmetic, health farms and rehabilitation services.

Egypt is also expected to develop integrated health cities providing a wide range of services relating to healthcare, pharmaceuticals, medical education and research, medical equipment, wellness and allied services, which is expected to contribute to Egypt’s GDP and create jobs.

As many emerging markets face uncertain prospects and economic pressures as a result of the global pandemic, Egypt which requires a large investment in the healthcare sector will have to focus on PPPs and privatisation to raise the funds required to fulfil the demand gap.

PPP and privatisation are expected to bring in much needed new technologies, an improvement in operational efficiencies and international linkages with key healthcare providers from Europe, U.S., and Asia. 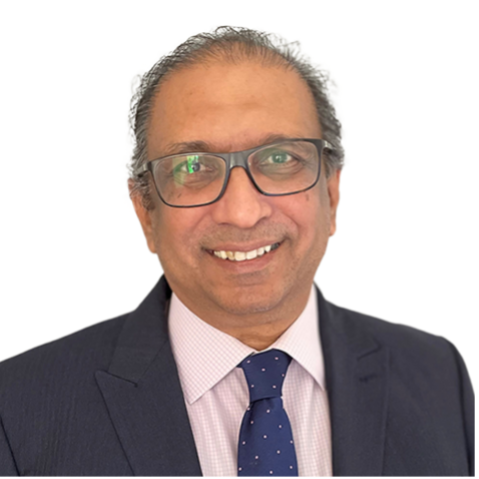