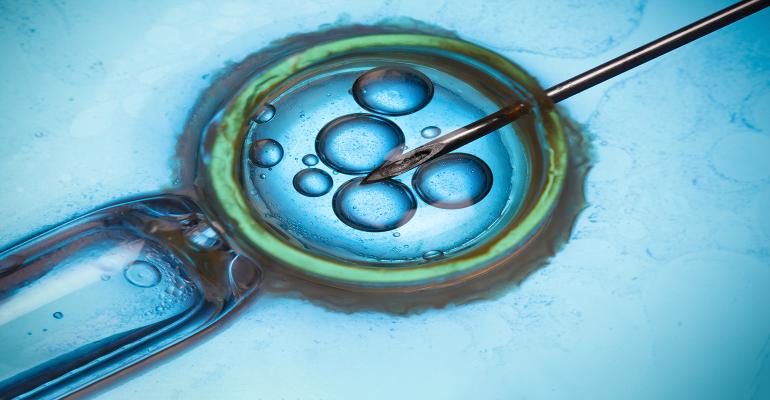 A focus on the IVF industry in UAE, KSA and Egypt.

In Vitro Fertilization (IVF) was pioneered by biologist Robert Edwards who, with gynaecologist Patrick Steptoe, fertilised the first human egg in a Cambridge laboratory in 1969. Louise Brown, the first test-tube baby was born on 25 July 1978, at Oldham General Hospital in England.

The World Health Organisation (WHO) estimates that globally over 10 per cent of women are classified as infertile and require assistance to enable conception. The current global IVF market, based on various studies, is estimated to be between US$ 10 billion to US$ 13.7 billion.

Whilst there is no definitive accurate data available for the Middle East, the estimated IVF market size drawn from a number of cycles by Colliers is roughly US$ 200 million for UAE, US$ 300 million for the Kingdom of Saudi Arabia (KSA) and US$ 500 million for Egypt.

This article provides an in-depth analysis as to why despite an overall high population growth rate in the MENA region, IVF remains so popular. The paper also identifies opportunities and challenges for operators and investors.

Medically, infertility is generally recognised as the failure to establish a clinical pregnancy after trying over a 12-month period.

Infertility in the MENA region

There are several reasons for the decline in family size, including socio-economic factors, such as an increase in female literacy rate, an aspiration to be economically independent, evolution and increase in the use of contraception and changes in cultural norms.

In addition, men are also choosing to start families later in life plus the rise in lifestyle diseases (diabetes and obesity) especially in the Arab countries has also increased the demand for infertility treatments.

Many studies, including those published by the Global Diabetes Community, has shown a direct and indirect link between diabetes and obesity on both male and female infertility. Based on Collier's research and interviews with industry experts, compared to 10 per cent worldwide, the infertility rate in the region is 15 per cent or even higher.

Infertility is split approximately 50 per cent male to female across the Middle East region. The growth in the UAE IVF sector stems not only from domestic demand but also from the success of the UAE, particularly Dubai, in promoting medical tourism and the availability of infertility treatment centres, which are of international standards. 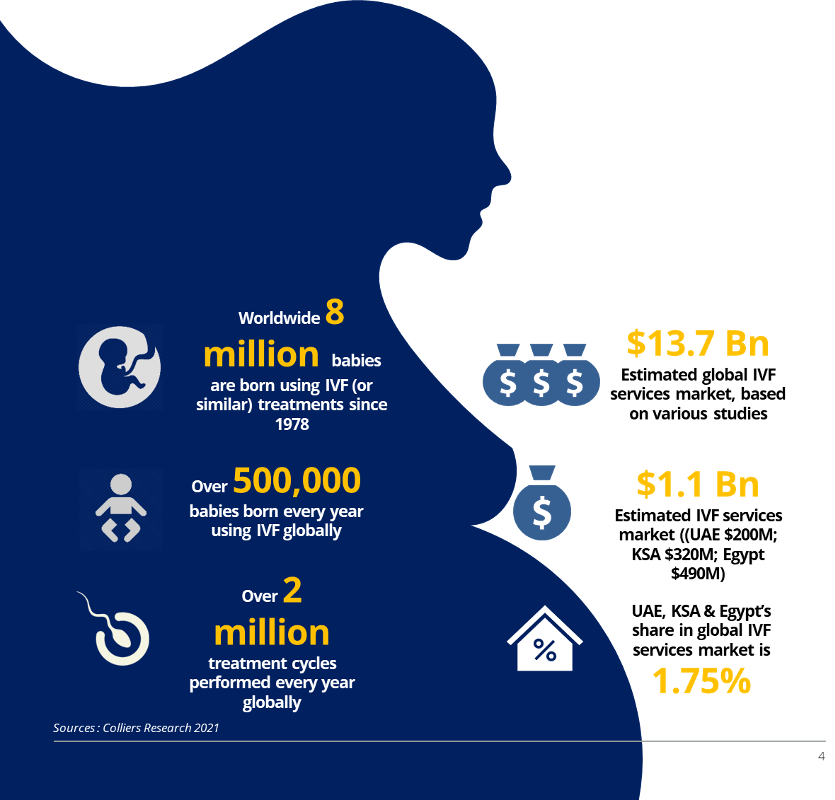 Why the Middle East is a growing market?

Declining fertility in the MENA region

Across the globe and in the MENA region, fertility rates are decreasing due to several factors, which are summarised below. Female empowerment directly influences a woman’s choice of when to enter the family planning cycle. Moreover, although individually, males and females account for an equal percentage of infertility cases, however, in around 3/4th of the couples seeking IVF treatment, male fertility is either a primary factor or a co-factor. The factors contributing to male infertility include lifestyle, environmental, diabetes, obesity, hypertension, and genetics. 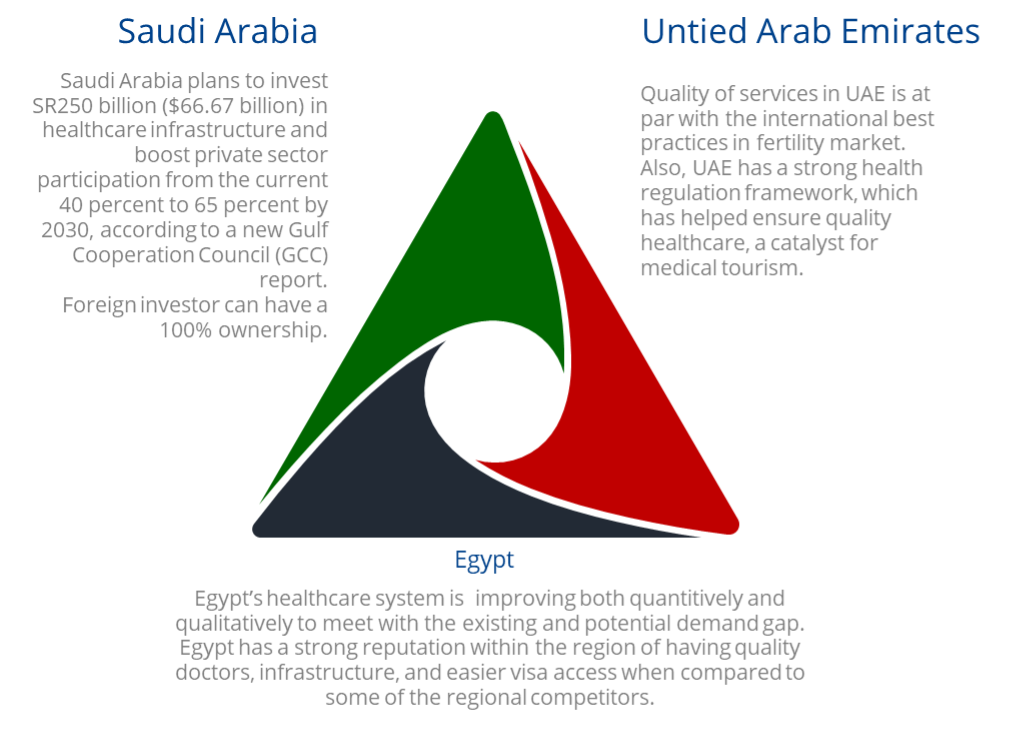 Due to the high success rates and quality of treatment offered, the UAE is in the best position to become the regional hub in IVF. Pregnancy rates in the UAE are higher than the average of IVF centres in Europe or the U.S. and are comparable with the success rates of the best centres in the world.

The higher cost of treatment as compared to other countries in the UAE is considered the major limiting factor for more patients coming from abroad. However, based on Colliers’s discussions with major providers in the UAE, “high success rates and quality are directly related to the significant investments made in this sector both in equipment and staff. If treatment fees for IVF are substantially reduced, it will have an impact on the UAE’s ability to retain that talent. Failure to do so can jeopardise the quality of treatment that is being currently offered”.

It is expected that the focus of the UAE will remain on attracting medical tourism willing to pay a premium for “high quality - high success rate”. 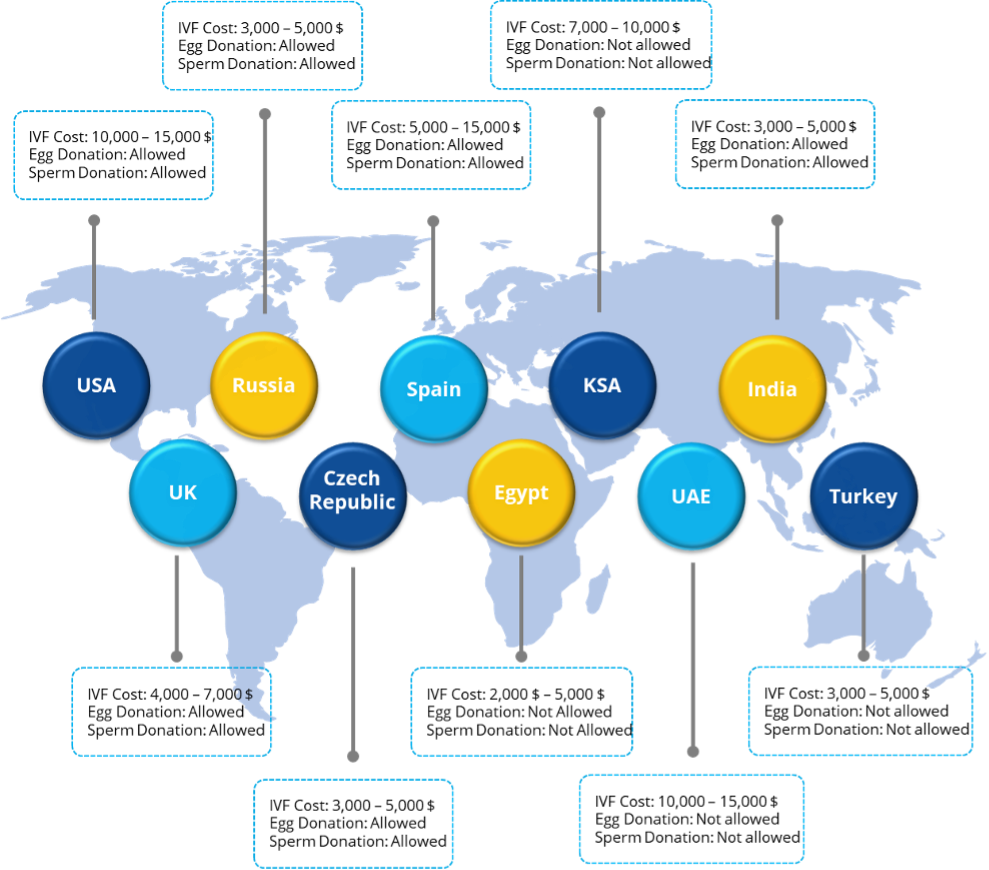 Like most elective procedures, IVF activity took a hit at the beginning of the pandemic. Embryo transfers slowed as the sector awaited guidelines from the Dubai Health Authority (DHA). To restart the embryo transfer, clinics adopted COVID-safe protocols. Fertility clinics, as with much of the healthcare industry, increasingly turned to telehealth in 2020.

The IVF market in the MENA region is quite a lucrative investment. A mid-size premium facility set-up cost ranges from US$2.5 million to US$3.5 million excluding rent or construction cost. Earnings before interest, tax, depreciation, and amortization (EBITDA) margins for efficiently run clinics at optimal capacity typically range between 25 per cent to 40 per cent. Project investment returns (IRR) typically range from 18 per cent to 25 per cent.

The new changes in IVF laws are also expected to further boost the IVF market. One of the most fundamental changes introduced by the new IVF law for fertility patients relates to the freezing of human embryos as well as unfertilised eggs and sperm.

The new IVF law also introduces a framework for intragovernmental consultation and decision making, and allows limited scientific research, in the field of fertility treatments. These changes are in line with the UAE’s National Agenda 2021 and the UAE Centennial 2071 project, which aim to elevate the UAE’s position in the global community and are especially important as the UAE positions itself as the go-to medical hub in the region.

The IVF market in the UAE is relatively stable with a total number of 15,000–16,000 cycles performed per year. The growth of the market will be driven primarily by population expansion, but other factors that could amplify demand include increases in the incidence of infertility due to lifestyle changes and a rebound in IVF medical tourism — once the travel restrictions are lifted — particularly given the better quality, infrastructure, and success rates in Emirates.

Moreover, it is expected that the new IVF law will provide more options to couples who are looking IVF as a means to conceive babies. Moreover, the new law also will further establish UAE as a key destination for couples seeking IVF treatments regionally and internationally. 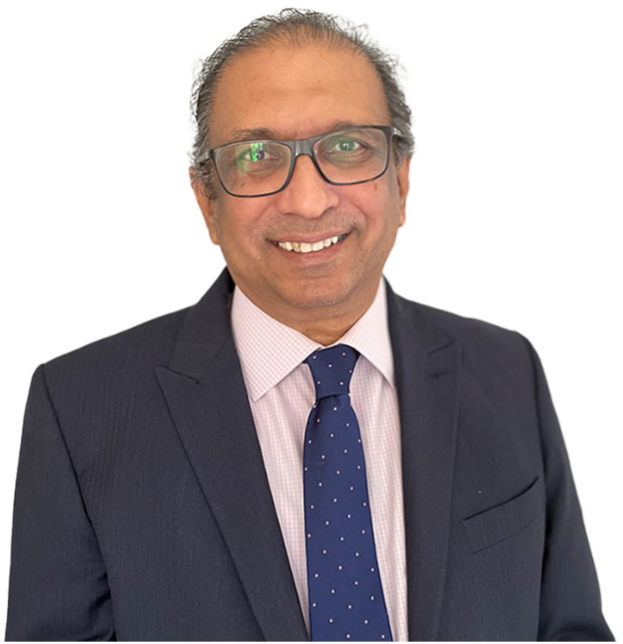