POCT in HIV management: From diagnosis to monitoring 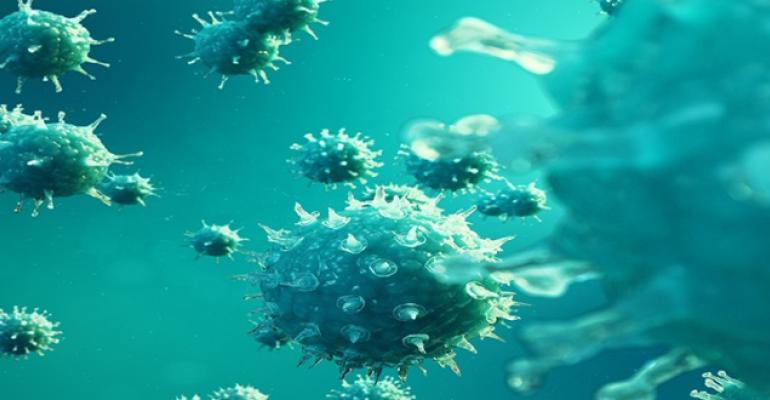 Indonesia is among countries that is still struggling against HIV/AIDS. Based on WHO reports, in 2016, Indonesia had 48,000 new HIV infections and 38,000 AIDS-related deaths.

An estimated 3,200 children were newly infected with HIV due to mother-to-child transmission. Since 2010, new HIV infections have decreased by 22 per cent while AIDS-related deaths have increased by 68 per cent. The implementation of HIV management was expanded in 2016 into 34 provinces. It covered comprehensive HIV and sexually transmitted infections (STIs), TB-HIV collaboration, prevention of mother to children transmission (PMTCT), among others.

Laboratory support in HIV management is an essential part for diagnosing, prevention and control of HIV/AIDS. Wide variety of tests are needed in HIV disease management. Investment in laboratories is an investment in health. Quality laboratory services are crucial at every step in responding to epidemics, from accurate testing to effective treatment, care, and monitoring of disease and prevention of new infections.

HIV testing services are considered as the gateway to treatment facilities. The challenges to improve access to HIV testing for ensuring subsequent linkage to care is needed to solve. From a public health perspective, it is advisable to recommend testing to those at risk for HIV and to make testing easily accessible. The idea is to detect every HIV positive, whether it belongs to a high risk group, a pregnant woman, or a patient of tuberculosis or reproductive tract infection approaching the health system for health needs and refer him/her to the nearest antiretroviral therapy (ART) centre. Providing quality laboratory services for HIV testing to all those who need it is a challenging task.

For assessing immune status and establishing eligibility for treatment and care, CD4 testing has been used. Treatment eligibility threshold levels have changed over time from 200 cells/μl in 2002 [3] to 350 cells/μl in 2010. More recently, the new consolidated WHO recommendations suggest initiation at CD4 counts of <500 cells/μl. Further suggestions of universal access and test and treat strategies are also being recommended. CD4 count has also been used for regular monitoring of immunological recovery on treatment, generally at six-monthly intervals. CD4 cell counts shed light on the status of the immune system and can help physicians to predict and prevent the development of opportunistic infections.

The HIV viral load (VL) assay, a nucleic-acid-based test, is used to monitor response to treatment; an undetectable viral load defines treatment success. HIV viral load tests provide a picture of viral activity. VL testing is frequently done in centralised facilities and currently requires expensive instrumentation, technical skill, and has relatively high costs per assay. Despite these challenges, this assay has gained its rightful place in guidelines and clinical practice and is thought to be the most reliable marker for treatment success.

Point-of-care testing of HIV refers to the practice undertaken by healthcare professionals at the time of testing outside of a designated laboratory. The standard methods of HIV testing, enzyme linked immunosorbent assay (ELISA) or Western blot with confirmatory testing, can take several days for result availability. A significant proportion of individuals who agree to undergo HIV serologic testing do not return to the HIV testing site to receive their test results. POC testing of HIV attempts to address delay in detection of HIV status by providing preliminary antibody results. POC tests can be most useful in resource limited settings (RLS) or outreach settings where there is lack of well-trained laboratory technicians, poor physical infrastructure, extremes of climate, and lack of uninterrupted power supply, all of which impact the use of laboratory technologies. Point-of-care testing has been shown to reduce patient loss to follow-up and increase access to antiretroviral therapy.

Rapid test devices (RTDs) are typically capillary flow tests for use on whole blood (e.g., fingerprick), plasma, or oral fluid. HIV test kits are designed for HIV antibody and antigen detection. The results can be delivered within 20 minutes after the specimen has been taken. The results are available within a single consultation. The rapid turnaround time associated with its use can guide urgent decision making. This makes it suitable for use in targeted clinical scenarios where the immediate administration of antiretroviral drugs is recommended to reduce the risk of transmission or in cases where the patient’s management may be altered by the availability of a reactive test result.

Access to antiretroviral therapy (ART) has increased dramatically over the past decade in Indonesia. Successful management of HIV requires patients receiving ART to be monitored routinely to assess treatment efficacy and detect treatment failure due to drug resistance. The standard of care to monitor ART is quantitative viral load testing based on plasma HIV RNA concentration. POC test for CD4 count could help clinicians to decide when to start antiretroviral treatment, and a POC test for viral load would be of great value in identifying treatment failure and the need for second-line treatment. These devices could rapidly and accurately identify CD4 counts with minimal operator training, infrastructural setup, and with less cost than standard laboratory-based equipment. Several CD4 POCT analysers can give CD4 count in 20 minutes from a finger stick or venous sample.

HIV viral load testing is the most accurate method to evaluate the response of ART on HIV infected patients. It is considered as gold standard to monitor response therapy and predict clinical prognosis of patients on ART. The threshold used to detect the failure to ART is 1000 virus copies/mL. The nucleic acid based tests detect and measure viral RNA. Several POC devices for viral load are currently available and in the pipeline.

Diagnosing HIV infection in infants early will be very beneficial in reducing the mortality of infants due to the HIV infection. The maternal antibodies present in the system of infants makes the antibody test undesirable for diagnosing HIV in infants less than the age of 18 months. The detection of viral components are required for early infant diagnosis and this can include viral capsid p24 antigen, cell free RNA or viral DNA incorporated into the host detection. The current p24 immunoassays show more sensitivity than the previously used p24. However, similar to nucleic acid amplification-based assays, p24 immunoassays require specialised equipment and skilled technicians to perform the test. In order to perform these tests in resource limited settings, early infant diagnosis rapid tests are required.

Rapidly scaling up point-of-care testing without simultaneously building the capacity of quality assurance is counterproductive if service providers are unable to guarantee adherence to minimum quality standards with accurate and reliable results. We found several challenges in implementing POC Testing. In contrast to standard laboratory-based HIV testing, the healthcare workers in the POC setting assume responsibility for specimen collection, testing, and counselling of the patient. Appropriate training on the use of kits, reading of results, detection of errors, quality assurance, counselling, and regular assessment of staff who will be performing POC testing is required for providing point-of-care testing.

RTDs are generally satisfactory for the detection of uncomplicated HIV infection (or its absence) but are less sensitive than lab-based ELISAs and automated systems for detecting early infections (seroconversion). Also, specificity of RTDs is lower than conventional ELISAs although it can be improved by immediate repeat of all RTD positives.

A variety of rapid tests for diagnosing HIV in resource limited settings are commercially available. All the approved HIV POC tests should have a sensitivity and specificity matching the ELISA kits that are used in laboratories. POC devices have in-built internal quality controls to monitor in real time the performance of an instrument and, to some extent, the user. External quality assessment (EQA), often used interchangeably with proficiency testing, challenges the testing environment and allows for an external expert body to examine the processes and provide remedial action. The three components of an effective EQA laboratory programme are site supervision, retesting of specimens, and proficiency testing. Proficiency testing is the most widely-used approach to monitor the performance of the test used and the quality of testing. It involves blinded control material, meant to mimic patient specimens, sent from a reference laboratory to the testing site and results sent back for scoring.

HIV viral load testing is the most accurate method to evaluate the response of ART on HIV infected patients. It is considered as gold standard to monitor response therapy and predict clinical prognosis of patients on ART.

POCT will improve access to needed HIV and associated diagnostics, but these assays are not without limitations that should be noted and reported. There is a need to integrate these technologies cost-effectively and efficiently into clinical algorithms and existing laboratory networks.