New strains of MRSA identified in the Gulf region 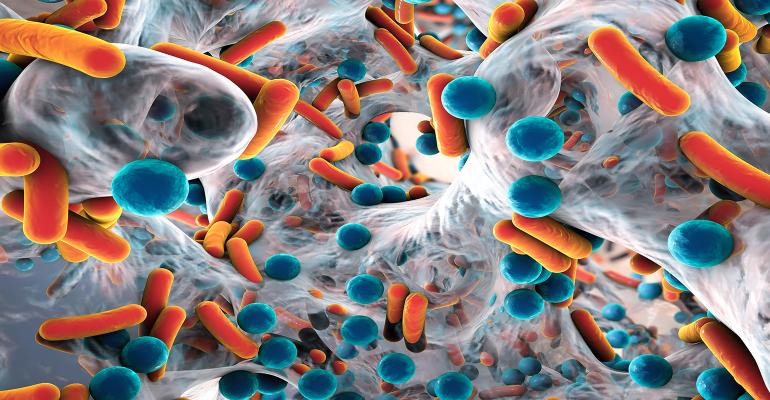 Antibiotic misuse to be a contributory factor to the continuing evolution of MRSA.

MRSA strains are responsible for many difficult-to-treat bacterial infections in humans because they are resistant to several antibiotics. Therefore, infections caused by MRSA are associated with treatment failures resulting in complications, increased length of hospitalisation and, in severe cases, deaths as well as a high economic burden.

The prevalence of MRSA has been rising in recent years and currently, it is estimated that up to 35 per cent of Staphylococcus aureus infections in the UAE are due to MRSA.

Related: Technology that can detect MRSA in 15 minutes revealed at Medlab Middle East 2020

A collaborative study with researchers from across the UAE has reported previously unknown MRSA strains in the Gulf region. The study, which was led and funded by Mohammed Bin Rashid University of Medicine and Health Sciences (MBRU) and published in Scientific Reports, is the first-of-its-kind in the UAE, and a collaboration with teams from Rashid Hospital, Dubai Health Authority, Dubai; Mediclinic City Hospital Dubai; Sheikh Khalifa General Hospital, Umm Al Quwain; and Sheikh Khalifa Medical City, Abu Dhabi; as well as the Leibniz Institute of Photonic Technology and the InfectoGnostics Research Campus in Jena Germany.

To address the lack of data from the UAE, genetic characterisation of MRSA identified between December 2017 and August 2019 was conducted using DNA microarray-based assays. The 625 MRSA isolates studied were grouped into 23 clonal complexes (CCs) and assigned to 103 strains.

Related: Need of the Hour – Addressing the Challenges of Multi-drug Resistance of Hospital Acquired Infections and the Role of the Laboratory in Lowering the Infection Rates

The collaborative efforts produced several key findings, including the existence of an extensive collection of MRSA strains in the UAE and the emergence of MRSA strains not previously identified in the GCC, including rare and novel strains. The study also found that the genetic profile of MRSA indicates antibiotic misuse to be a contributory factor to the continuing evolution of MRSA.

The study also concluded that as some strains detected occur in other countries, a travel connection is possible. Others, which have not been described elsewhere, probably evolved within the region. The lack of documentation of travel history for the patients is a limitation of this study as such information would have been helpful in mapping the travel connections. However, in a population as diverse as the UAE, it should be noted that importation of a strain from abroad could have multiple sources and prior travel by the patient represents only one piece of the puzzle.