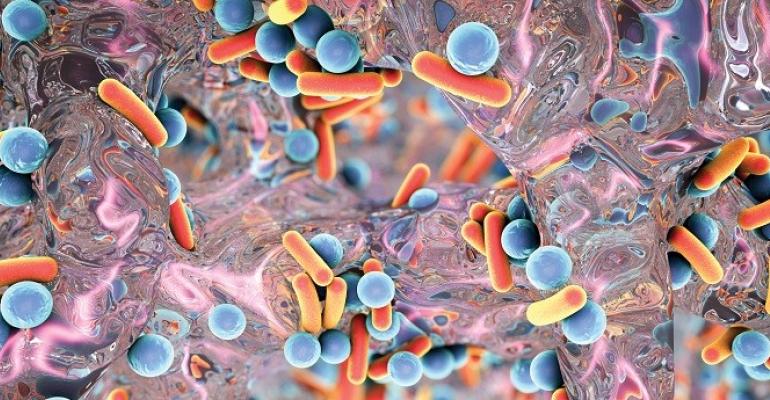 Over the last two decades multi-drug resistant microorganisms (MDROs) have been increasing in frequency and diversity. Overuse and misuse of antibiotics, as well as inadequate infection control, have led to the development of resistance and global spread of these organisms. One of the most significant consequences of antimicrobial resistance is the development of hospital acquired infections (HAI) that are resistant to most, if not all, antibiotics available. These infections lead to increased length of stay, delayed recuperation, long-term disability, higher mortality rate and costs to our healthcare system. To compound the problem, few new drugs are on the horizon to treat these infections.

Today, not only hospitalised patients but outpatients and the community at large are at risk of developing an infection with a pan-resistant organism. In the past (1960-1980), if a patient was infected with an organism such as Staphylococcus aureus, the clinician would inquire whether it was a community- or hospital-acquired strain based on the organism’s antibiotic susceptibility profile, e.g., methicillin susceptible (MSSA) or resistant (MRSA), respectively. Even though both strains could cause severe infections, MRSA generally was associated with a poorer prognosis as well as a higher morbidity and mortality. Therefore, we can no longer use the terms “hospital-acquired” and “community-acquired” strains with confidence.

What appears to be the first case of methicillin-resistant Staphylococcus aureus was described in the United Kingdom in 1961. By the 1970s, MRSA was widespread in Europe and in the late 1980s, in the U.S. This was just the tip of the iceberg. Numerous resistant organisms designated as Urgent, Serious and Concerning by the Centers for Disease Control and Prevention (CDC), have surfaced over the past decades due in part to a lack of a robust programme to decrease transmission across borders and within the United States. For many years we had the luxury of having at least a few effective broad-spectrum antibiotics to treat these MDROs. That is no longer the case. There are very few new antibiotics being created and we have limited treatment options. Whereas 16 new antibiotics were developed between 1983-87, a steady decline followed between 1988-2007, and only two new antibiotics have emerged between 2008-2012.

This is only part of the story! We now have major concerns related to Carbapenem-Resistant Organisms (CROs) and Clostridium difficile, two organisms on CDC’s Urgent Threat List. We have seen a significant increase in infections due to these two pathogens attributed, at least in part, to a lack of infection control practices. There is no standard treatment to de-colonise patients with CROs in the GI tract as we have for patients colonised with MRSA. In an attempt to control the spread of CROs, often referred to as a “super bug”, U.S. healthcare facilities are now urged to use evidence-based medicine (EBM), stringent infection control practices and appropriate treatment regimens.

My talk at the MEDLAB Americas Conferences on Clinical Microbiology on 8th August, 2017, will focus on CAUTI (Catheter-Associated Urinary Tract Infection), CLABSI (Central Line-Associated Bloodstream Infection), and surgical site infections (SSI) ; including MRSA, C. difficile and CROs. These are based upon laboratory data for CAUTI, CLABSI and SSI as a wide group of organisms can be detected there. The process, however, can be made more robust with laboratory guidelines and stringent adherence to proper procedures. In particular, robust pre-analytical, analytical, and post-analytical processes will make the process useful. Especially for SSI infections, about 70% or greater of infective agents come from within a given patient’s own flora and it is imperative that when performing surgeries good practices are followed and subsequent cultures sent to the lab are adequate. For example, sending tissue whenever possible and using swab cultures for only those times when tissue or fluid cannot be collected.

The National Healthcare Safety Network (NHSN) has been in operation for several decades. As stated on their website, “One of the primary purposes [of NHSN] is to lower hospital acquired infections by communication of facilities data to state and federal governments. The data used is laboratory data and the institutions are divided by type and specialty. There are acceptable levels of these infections per institution that are compared to ‘like’ institutions.”

For many years, this was helpful but decreases in risk to patients were not noticed at a level that was acceptable. A new policy is being rolled out to 17,000 medical facilities. “Current participants include acute care hospitals, long-term acute care hospitals, psychiatric hospitals, rehabilitation hospitals, outpatient dialysis centres, ambulatory surgery centres, and nursing homes, with hospitals and dialysis facilities representing the majority of facilities reporting data. Participation among the other facility types is expected to continue to grow in coming years.”

NHSN is a programme co-organised by the Centers for Medicare and Medicaid Services (CMS) and the Centers for Disease Control and Prevention (CDC). It wasn’t successful in the early years but sites are beginning to do better and are improving “better than average”. One reason is that starting in 2017 there will be decreased reimbursement for those not succeeding. A plethora of clinical care surveillance will be rolled out in the next 5-10 years. These results are available online for the public, healthcare institutions and public health to name a few.

By placing a reimbursement penalty on these organisations, CMS and CDC have “gained the attention” of the institutions and they have already responded positively. There is a trial period prior to institution of the penalties that seems to work.

EBM plays a role in this by informing healthcare by dealing with pre-analytic, analytic and post-analytic practices in the healthcare facility. Several agencies are working on these parameters to better laboratory testing. The EBM committee of the American Society for Microbiology/CDC is one such alliance working on laboratory EVB. One of the most important pre-analytic parameters that affects outcome is making sure that only patients that need testing get the tests ordered. In addition, the sample collection, storage and transport need to be done correctly to report appropriate results. The use of correct technology to dispense the most accurate and reliable results must be done. By reviewing the literature and also by evaluating appropriate treatment options, patient outcomes hopefully will improve.

Both Clostridium difficile (CDIFF) infection and Carbapenem-Resistant enterobacteriaceae (CRE) and Carbapenem Resistant Organisms (CRO) have been spreading at an alarming rate. CDIFF infections have gone undetected for many years as the method of detection has been lacking. Now with newer methods, more patients are being classified appropriately and we now know that many more people either are infected or carry the organism. Good infection control and treatment options will hopefully lower the rate of infection with this organism.

Also, infections with CRE and CRO have been exploding across the planet. It is without doubt one of the most dangerous healthcare related infections today. The problem with these organisms is that to date they cannot be decolonised from the intestinal tract. It has thus been transmitted to other patients in and out of the organisation. Serious infections with these have prompted the name “super bug” in the media. NHSN will be tracking this agent and hopefully will play a key role in lowering infection rates and result in better patient outcomes.

Examples of how this works will be used to show how rates have been lowered for certain infections resulting in better patient outcomes.

The laboratory plays a key role in this as well as other processes in the hospital and out-patient facilities. Members of the laboratory team should be heavily involved in Infection Control, Antibiotic Stewardship, Antibiotic subcommittee (often a sub committee of the Pharmacy committee), care teams, and administration. As much of the data that we are looking at nationally is generated by the laboratory, a laboratory expert needs to be involved in the healthcare committees looking at these global problems. For the aforementioned threats, a microbiologist or microbiology technologist might be the best choice. In any event, a representative from the laboratory needs to be involved.

This is a critical time in the battle against infections arising from hospital-acquired as well as community-acquired sources as there is a lack of treatment options for combating organisms that are resistant to most drugs available to us. For CRE and CRO we had to bring old drugs “out of the closet” to treat them as most other drugs are not effective against them. Two of the main drugs used against them today, polymyxin B and colistin, now used routinely, have not been used to treat patients for 30-40 years prior to outbreaks with these organisms. It is well past time to get serious in our control of these infections and Hospital Acquired Infections (HAI). Additionally, it is far past time to develop new antibiotics to aid us in this battle. This is a true challenge since drug development to approval is at a cost of approximately 800 million dollars and spans a time frame of 10 years or longer. But it is not just new antibiotics that we need, it is new methods of action of these drugs and also careful control of the use of new antibiotics so that development of resistance is slow. Adhering to infection control practices (which have been sorely lacking) is also paramount to success. We only have to look at the mistakes with MRSA to see what may be in store for the future. MRSA is still a huge threat and we have known about it for close to 60 years. We need to act now to assure safe healthcare systems.

Dr. Robert Sautter will chair the MEDLAB Americas conference session on Clinical Microbiology held under the theme, ‘Treating patients: How the laboratory works with other specialties’, at the Florida International Medical Expo (FIME) on August 8, 2017.