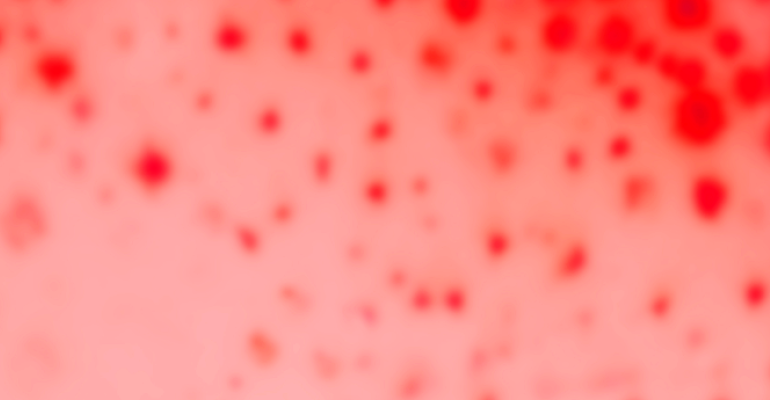 Autoantibody determination plays an important role in the diagnosis and differentiation of autoimmune bullous dermatoses (AIBD).

Structure of the Skin

The human skin consists of three layers: epidermis, dermis and subcutis (Figure 1). The basal lamina links the epidermis with the dermis. The stability of the cell connections in the epidermis is essential for the protective function of the skin. Desmosomes (Figure 1 A) are responsible for the contact between epidermal cells (keratinocytes). They consist of the transmembrane proteins desmoglein (Dsg) 1 and 3 and desmocollin and intracellular plaque proteins (plakins e.g. envoplakin, periplakin). Hemidesmosomes (Figure 1 B) anchor the cells of the epidermal basal layer to the underlying basal lamina. Major proteins involved in these connections include the cytoplasmic proteins BP230 and plectin, the transmembrane proteins BP180 and integrin α6β4, as well as laminin 332, laminin γ1 (p200) and collagen type VII.

In AIBD, the immune system produces autoantibodies against the structural components of the desmosomes or hemidesmosomes, which disrupt intracellular connections and adhesion of the skin layers, leading to separation. Intra- or subepidermal blisters form when tissue fluid enters the splits. The blistering can affect the outer skin and/or the mucous membranes. AIBD are classified into four main groups according to the localisation of the blisters and the target antigens. These are pemphigus diseases, pemphigoid diseases, acquired epidermolysis bullosa and Duhring’s disease. The diagnosis of AIBD is based on the clinical symptoms, histopathology, direct immunofluorescence to detect antibody and/or complement deposits, and serological determination of circulating autoantibodies. The serological techniques encompass IIF, immunoblot and ELISA. The main class of autoantibodies in AIBD is IgG, although in some cases IgA is relevant.

Pemphigus diseases are characterised by intraepithelial disruption of the intercellular connections in the prickle-cell layer of the epidermis (acantholysis). This is caused by autoantibodies that target the desmosomes and thus damage the keratinocytes. In both direct and indirect immunofluorescence the localisation of the immune complexes results in an intercellular, honeycomb-like fluorescence pattern on skin tissue samples and oesophagus sections. Target antigens in the desmosomes are especially Dsg1 and 3, as well as plakins and desmocollin. Dsg1 is expressed particularly on the surface of the epidermis, whereas Dsg3 is mainly localised in the deep layers of the epidermis and in the mucous membranes. The localisation of Dsg1 and 3 explains the different manifestations of various forms of pemphigus.

PV is the most frequent intraepidermal autoimmune blister-forming dermatosis, comprising 80% of all pemphigus cases. It has an incidence of 1 to 16 cases per million inhabitants per year and occurs predominantly in middle-aged and elderly persons. The disease always affects the mucous membranes. The majority of patients only develop lesions in the oral mucosa and exhibit only autoantibodies against Dsg3. If the disease subsequently spreads to other mucous membranes and the skin, it is characterised by autoantibodies against Dsg1 and Dsg3. PF is characterised by blister formation in the upper epidermal layers of the outer skin, while the mucosa is never affected. This form is only associated with antibodies against Dsg1. Thus, the reactivities against Dsg1 and Dsg3 can aid differentiation of PV and PF.

PNP is the least common but most serious form of pemphigus and is always associated with tumours, often haematological neoplasia. Circulating autoantibodies are predominantly directed against plakins (envoplakin, periplakin, desmoplakins), also against Dsg3 and Dsg1, plectin and BP230α-2-macroglobulin-like 1. Bladder mucosa is the most suitable IIF substrate for autoantibody detection in PNP, since it is rich in various plakins.

Pemphigoid diseases are a heterogeneous group of autoimmune diseases with subepidermal blister formation. Different types are bullous pemphigoid (BP), pemphigoid gestationis, mucous membrane pemphigoid, linear IgA dermatosis and p200 pemphigoid. Autoantibodies are directed against the components of hemidesmosomes and structural filaments. The autoimmune reactions cause the epidermis to peel away from the underlying dermis.

Tissue-bound complexes (immune complexes) can be detected along the basement membrane using direct immunofluorescence based on tissue samples of the skin. IIF for identification of the antibody specificity is often performed on oesophagus tissue sections and salt-split skin. The target antigens BP180 and BP230 are located on the epidermal side of salt-split skin. The antigens collagen type VII, laminin 332 and laminin γ1 (p200), however, remain on the dermal side after skin splitting.

BP is the most frequently occurring AIBD and proceeds with an episodic, relapsing course. It has an incidence of three to 43 cases per million inhabitants per year and is more frequent in the elderly. It is characterised by tense, bulging blisters at the integument, while the mucous membrane is rarely affected. Autoantibodies are directed against BP180 and BP230. Anti-BP180 represents the most important autoantibody marker for BP. Anti-BP230 is positive in 40% of anti-BP180 negative cases, making it an important additional marker. Pemphigoid gestationis is considered the manifestation of BP in pregnant women. Linear IgA dermatosis is the most frequent form of AIBD in children and is characterised by IgA autoantibodies against the ectodomain of BP180.

Epidermolysis bullosa acquisita (EBA) is a severe autoimmune blistering dermatosis that affects the skin and the mucous membranes. The disease is divided into inflammatory and non-inflammatory forms. The target antigen of autoantibodies characteristic of EBA is collagen type VII (NC1 domain).

Dermatitis herpetiformis (DH) is a special form of AIBD. Blisters are formed subepidermally as in pemphigoid diseases and EBA, while the mucous membranes generally do not show any blistering. DH is considered as the cutaneous manifestation of coeliac disease (gluten intolerance) and is similarly characterised by antibodies against endomysium (EMA IgA), the enzyme (tissue/epidermal) transglutaminase (anti-tTG/-eTG, IgA) and/or deamidated gliadin (IgA/IgG).

Many of the target antigens used for antibody detection in IIF and ELISA have been adapted and enhanced by molecular methods to improve their diagnostic specificity and sensitivity. For example, in BP the vast majority of patients demonstrate antibody binding to epitopes clustered within the 16th noncollagenous domain NC16A of BP180. Therefore, a recombinant antigen was developed which contains only the pathogenically relevant target structure NC16A (Figure 2). This, moreover, is present as a tetramer (4X), increasing the number of antibody binding sites and optimising the immunoreactivity.

ELISA is used to confirm autoantibody specificities in AIBD. Moreover, ELISA allows quantitative measurement of antibody titers, making it a suitable method for therapy monitoring. For example, antibody titers correlate with the disease activity in BP (anti-BP180) and in pemphigus (anti-Dsg1 and anti-Dsg3).

In a clinical evaluation of the profile ELISA, sensitivities of between 60% (anti-BP230 in BP) and 100% (anti-Dsg3 in PV) and specificities of between 97.3% (anti-BP180-NC16A) and 100% (anti-collagen VII) were obtained with sera from different AIBD and disease controls. In a further prospective study using consecutive sera from patients with suspected AIBD, the ELISA yielded an agreement of 87% with conventional stepwise diagnostics (histology, direct and indirect immunofluorescence on biopsies and skin substrates, as well as monospecific tests like ELISA or immunoblots with cellular extracts). Discrepant results were attributed to the absence of certain target structures (e.g. p200 antigen, BP180 ectodomains) and the lack of IgA autoantibody detection.

Serological testing for autoantibodies against skin proteins allows diagnostic confirmation and differentiation of different forms of AIBD, aiding therapy decisions and prognosis. With multiplex antibody tests, different antibodies occurring in pemphigus diseases, pemphigoid diseases, EBA and DH can be analysed in parallel. These assays provide an ideal alternative to a multi-step single testing strategy. In many cases, diseases such as BP, PV, PF can be diagnosed without any further testing.

Figure 1. Structure of A. desmosomes and B. hemidesmosomes