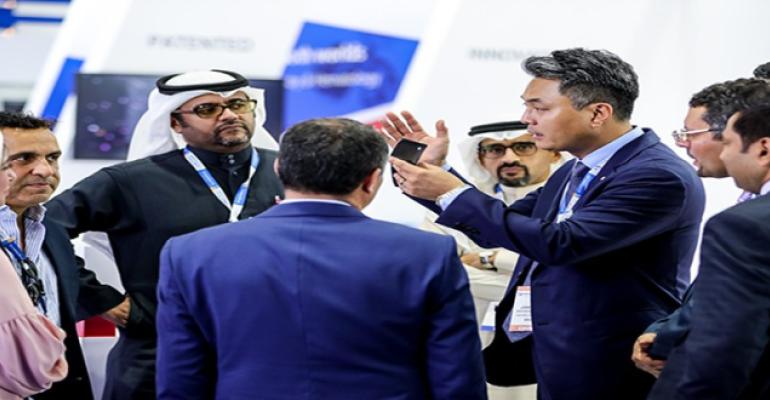 The 18th edition of the recently concluded Medlab Exhibition & Congress 2019 generated a total business of US$ 152 million and proved to be an instrumental platform for business exchange and education. His Excellency Humaid Al Qatami, Director General of the Dubai Health Authority (DHA) inaugurated the event, which is the MENA region’s largest medical laboratory exhibition and congress. Organised by Informa Markets – Healthcare, the event was officially supported by the UAE Ministry of Health, Government of Dubai, DHA, Health Authority Abu Dhabi, and Dubai Healthcare City Authority.

The event hosted 608 exhibitors, 51 exhibiting countries, 13 country pavilions, 4,673 delegates and 25,661 professional visits. The four-day event provided the MENA medical laboratory industry a platform to build relationships with international stakeholders and saw clinical laboratory manufacturers from around the world display their latest devices, equipment, innovations and solutions. It enabled companies to showcase progress and achievements in the sector, as well as make the most of new business opportunities in the global medical laboratory field.

A survey at the show found that 97 per cent rated the exhibition as an important platform for their business, 94 per cent will be exhibiting again in 2020, 89 per cent considered the show a success, while 80 per cent of exhibitors were seeking new contacts for future business.

At the show, visitors were able to explore some of the latest laboratory medicine solutions, including diagnostic tests, reagents, disposables and equipment. The event welcomed thousands of medical laboratory professionals right from purchase managers responsible for negotiating supplier contracts, to leading manufacturers, to distributors and trade professionals in search of equipment worldwide to support their clients needs and budgets.

According to a report by Colliers International, the MENA region’s clinical laboratory services market is estimated to be worth between US$8 to 10 billion, with approximately 70 per cent of doctor’s decisions regarding a patient’s diagnosis, treatment, hospital admission and discharge, being based on laboratory test results.

The research predicted that the clinical laboratory services market in MENA is expected to grow at a Compound Annual Growth Rate (CAGR) of 6 to 8 per cent until 2025 in line with global projections. Furthermore, figures from the report titled “Clinical Laboratory Services in the MENA Region 2019” and published as part of the Medlab Market Report series, revealed the number of inpatients and outpatients in the UAE (Abu Dhabi and Dubai) is expected to grow from 29.3 million in 2016 to 95.3 million in 2030. Similarly, the UAE is projected to have a bed capacity of 25,300 by 2030, up from 12,500 in 2016.

Reportedly, in Dubai, public sector healthcare facilities conducted around 25.5 million tests in 2017 while the private healthcare sector performed over 6.2 million tests during the same period.

Laboratory automation, which involves the use of technologies such as robotic devices to achieve greater efficiencies when carrying out diagnostic testing on humans, emerged as a major trend at Medlab 2019. Clinical laboratory automation plays a major role in reducing avoidable human error and diagnosis delays as well as improving turnaround time, increasing productivity, effectively utilising resources and enhancing patient safety.

Commenting on the role of automation in the clinical laboratory on the sidelines of the event, Dr. Shakoor Malik, Chief Scientific Officer, Pure Health, said: “Automation has moved from “nice-to-have” for large reference laboratories to “must-have” for any clinical laboratory. Automation, robotics and laboratory information systems are dominating the industry, which in return leads to quick and independent sample testing and reporting with a reduction in operational costs.”

The Laboratory Management conference featured talks that stressed that as more and more money is being spent on introducing newer technologies in clinical laboratories, automation is expected to present several benefits, including improving resourcing and enhancing the accuracy and efficiency of laboratory operations.

With 11 conferences and more than 4,673 delegates and 120 international and regional speakers, Medlab Middle East Congress is the only multi-disciplinary CME accredited medical laboratory congress in the region.Day one of the Congress saw the launch of its inaugural Artificial Intelligence (AI) Conference. Exploring the potential for AI to transform the medical laboratory industry in the UAE, the conference also assessed how diagnosis can be revolutionised through futuristic tech such as data robots and “bloodless blood tests”.Speaking during the conference, Dr. Alain Pluquet, Director of Innovation, Institut Merieux, Lyon, France, said: “AI is playing a huge role in microbiology and there are several commercial applications that are already bringing medical and economic benefits to the industry.”

The Immunology Conference also made its debut at the show. The conference provided a space for discussion on the latest trends and important issues concerning the widespread utilisation of immunological techniques for healthcare advancement. Regional and international pioneers within immunology and relevant fields presented their research and shared novel case-based knowledge throughout the exclusive scientific programme.

A report titled “In Vitro Fertilization (IVF) & Fertility in the MENA region”, by Colliers International, revealed that compared to 10 per cent worldwide, infertility in the MENA region is 15 per cent or higher, with male infertility a growing problem occurring in approximately 50 per cent of the cases in the GCC and Middle East due to lifestyle, diabetes, obesity and genetics related factors, as GCC countries have one of the highest diabetic and obesity rates in the world.

According to the report, new innovations and improved testing techniques are gradually creating paradigm shifts in the field of assistive reproductive technology. These were visible at the Cytogenetics & IVF conference that shed light on topics such as pre-marital screening for consanguineous (relatives) couples and the development of new genetic tests for screening of the embryos that can greatly improve the chance of minimising certain genetic diseases common in this region.