Mass gatherings and infectious disease: Prevention is better than cure 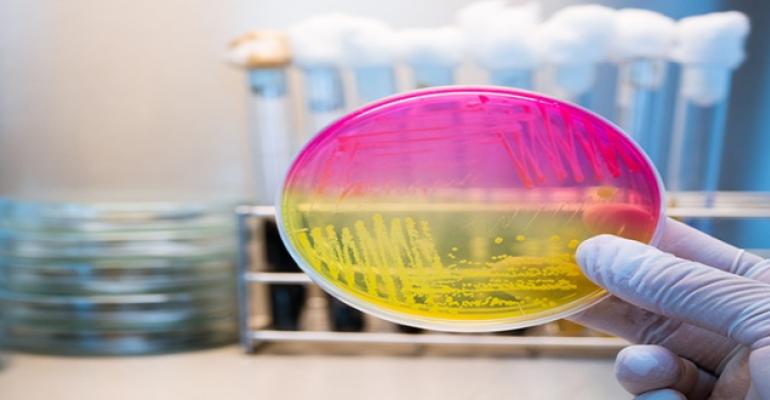 How can an invisible organism such as a virus or bacteria cause global panic?

M. Lisandra Zepeda-Mendoza and Robin May, Institute of Microbiology and Infection, University of Birmingham, UK | Dec 11, 2019

April 2015, Beijing Airport. “Finally, my turn!” I think, as I reach the passport control desk. But my Mexican passport is met with a frown, then several gestures and some rapid Mandarin that sees me routed off to the medical office. The world has belatedly woken up to the threat of Zika virus, an outbreak that started in Brazil but rapidly spread throughout America, representing a world threat.

Every major airport deployed extensive security measures to try and prevent entry of the virus, a very visible reminder of the fact that pathogens do not respect borders. In a world where people travel all the time, coordinated efforts between countries are essential to tackle infectious diseases and simple, ‘point-of-care’ diagnostic tools are a key weapon in that fight. Within the Institute of Microbiology & Infection (IMI) at the University of Birmingham, UK, we are working with colleagues around the world to test new “hand-held” DNA sequencing instruments for the rapid identification of pathogens, allowing healthcare professionals to respond swiftly to emerging infections.

But how can an invisible organism such as a virus or bacteria cause global panic? First of all, although microscopic, these pathogenic agents are far from simple. Their genetic material is under incredibly dynamic control, integrating information from the environment in which the organism resides. Such mechanisms allow pathogens to develop new infectious strategies (e.g. colonising new hosts, or persisting within the environment), or acquire resistance to antimicrobial therapies.

In recent decades, this natural adaptability has been augmented by human irresponsibility, in particular in the prolific and often unnecessary use of antibiotics. The attraction of “trying” a safe wonder-drug antibiotic for an irritating cough frequently proves too alluring for many patients, but this comes at an often-unseen cost. Firstly, antibiotics do not kill viruses and the vast majority of coughs and colds are virally driven.

Secondly, antibiotic treatments must be taken for the entire time prescribed by the doctor. Without this, the pathogenic bacteria that are being treated may not have sufficient exposure to the antibiotic, which can lead them to survive, multiply and potentially become resistant to that antibiotic. Lastly, antibiotics typically have a broad effect, meaning that they kill all the bacteria of a given class. This class includes the pathogen but may also include other beneficial bacteria that humans carry in their gut. Many of these ‘inadvertent casualties’ carry out extremely important functions that help our health – aiding digestion, gut health or uptake of nutrients. Consequently, unnecessary antibiotic use may not be as ‘harmless’ as widely thought.

Tackling this threat needs multiple strategies. Within the IMI we have groups developing new drugs to combat resistant infections such as tuberculosis or salmonellosis. In addition, we are also exploring unique strategies to try and ‘re-use’ existing drugs for which resistance has already emerged, by blocking the mechanisms that bacteria use to become resistant in the first place.

Once evolved, antibiotic-resistant or virulent pathogens are not a major health concern if they don’t spread. However, as anyone who has travelled on rush hour public transport can attest, it is only too easy for such microbes to spread. Trains, buses and planes are full of people coughing (“Is it pneumonia…?”), sneezing (“…flu..?”) and wiping sticky hands on seats and handles (“…or something worse?”).

One of the most recent projects carried out in the IMI at the University of Birmingham has been aimed at characterising the microbial load in the carriage air from a train line that runs from London to Edinburgh in the UK. This is done by extracting the DNA of the microbes trapped in the filters of the train’s air conditioning system. The DNA is then processed to determine the presence and distribution of pathogens across the rail network, thus unveiling the implications such microbiome could have on the commuters. Using this information, the aim is to ultimately design improved infection prevention methods. As the saying goes, “prevention is better than cure”.

The challenges of pathogen spread are massively augmented when large numbers of people come together at mass gatherings such as religious celebrations, major festivals or even social gatherings such as football matches. Such events bring people from all over the world into close proximity, often sharing accommodation, food and sanitary facilities. Consequently, a novel virus from Sweden or an antibiotic-resistant bacterium from Chile can find themselves in Australia or Canada within days. The extraordinary growth of international travel means that new, faster and more accurate diagnostic tools – particularly those that harness the power of DNA analysis to identify pathogens precisely without relying on clinical symptoms – will be essential if we are to tackle these new risks before they threaten global populations.

Finally, a growing threat comes from so-called ‘nosocomial’ pathogens – infections that are acquired whilst in hospital or other healthcare settings. Hospitals represent a particular infectious challenge; antibiotics are being used all the time, staff go from room to room and across halls visiting their different patients and there are roomfuls of sick, undiagnosed people in waiting rooms. Hospitals, therefore, represent a particular environment that selects for pathogens that are resistant to antibiotics and that are more virulent compared to those pathogens out in the community. Thus, hospitals require special infectious risk management.

Klebsiella pneumoniae is one such example. This bacterium is a major cause of antibiotic resistant nosocomial infections, with mortality rates >50 per cent. In 2011, there was a K. pneumoniae outbreak in a hospital in the U.S., where one of the transmission events was from a ventilator that had been used for a single patient with K. penumoniae. This ventilator had been thoroughly cleaned after usage. However, the high degree of environmental stability of K. penumoniae allowed it to survive and infect a new host.

Without rapid and diverse new therapies, humanity faces the prospect of a bleak future without routine antibiotic treatments and where emerging pathogens can sweep around the world unimpeded within days. However, by working in close international collaboration and taking multiple, innovative approaches to treatment and prevention strategies, we may yet avoid a return to the “Dark Ages” of infectious disease.