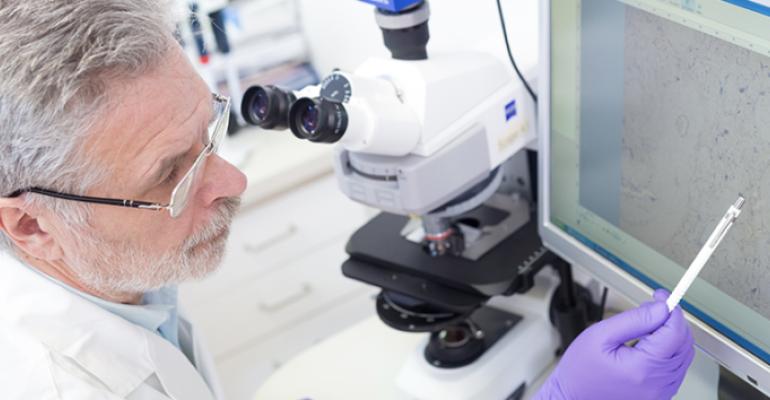 How Pharmacogenetics is transforming drug prescription

Imagine a world where drugs are designed to fit an individual’s genetic profile and can fight a particular variation of a disease? That exciting medical development is well within our grasp with Pharmacogenetics. It is already making significant inroads in the United States and many industry experts hope that one day it can be rolled out universally to benefit everyone.
Pharmacogenetics is based on the principle that an individual’s response to certain drugs is determined by their genes. It is then possible to minimise the side effects by matching the right drug and dose to the right patient. This can also maximise the drug’s effectiveness.

By analysing an individual’s DNA through blood from a finger prick or cells from a mouth swab, doctors can then come up with a drug sensitivity profile for that patient. This can avoid exposing individuals to doses of drugs that could be ineffective or harmful to them. The other benefits could be reducing costs and cutting the length of hospital stays.

Side-effects affect
According to research from Harvard University, adverse drug reactions rank 4th as the leading cause of death in the United States (US). One of the causes is the large degree of variability in how the body metabolises the drug. In other words, a drug that suits one person could be too much or too little for another.

According to analyses from Vanderbilt University School of Medicine in Nashville, around 50% of hospital patients receive a drug in any one-year period that could cause serious side effects because of that person’s genetic makeup. A study which examined only six drugs, estimated that drug-gene tests could eliminate about 400 adverse events in a patient population of 52,942. Significantly, the number of avoided ailments would climb dramatically, probably into the hundreds of thousands, if tests were performed on more than six drugs across the US population.

Tracing the DNA road map
Pharmacogenetic testing is a relative straightforward process. After a swab is taken from inside the cheek the sample is sent to a laboratory for DNA profiling. Keith Reilly of TLK medical, one of the companies that makes the tests told the Express newspaper in the UK that it measures 14 genes and biomarkers that metabolise through the liver and covers 90% of prescription drugs on the market.
He said: “It is primarily used to show how patients metabolise prescription drugs. It can be used to measure adverse reactions and show whether patients should be taking more or less of a particular drug.”

The test currently costs around $1,700 but many healthcare professionals feel it is money well spent if it brings tangible improvements to a patient’s health and well-being. Not to mention the savings it can make for state-funded health provision.

Hurdles to overcome
However, there are obstacles to the tests’ widespread use including the lack of insurance reimbursement and confusion over when and how to alter drug prescriptions. In an article in the Scientific Amercian, Dina Fine Maron reported that the insurance companies will cover only some tests because not all have been definitively shown to improve clinical outcomes. Clare Krusing, a spokesperson for America’s Health Insurance Plans, the national trade association for the health insurance industry said in the article that coverage varies for these tests as a result of limited clinical evidence around their effectiveness for patients.

There are signs that this hard line is beginning to soften, said Maron. “Vanderbilt officials say that in the past few years reimbursement policies from some insurers have evolved, and companies have started to cover a small percentage of the costs. Other hospitals are taking note.” The University of Maryland Medical Center has also started offering the test but primarily to cardiovascular patients. To cover the costs of the tests it has used clinical research grants from the federal government. But Maryland hopes to change over to billing insurance companies soon, according to the article.
Overall though fewer than 10 hospitals in the US are offering pharmacogenomics tests to certain patients. Maron claims that the other main obstacle to wider use, besides reimbursement, is the lack of a prescribing road map. “Many doctors were educated in an era before such testing was available so they do not even think to order them. And a lot of physicians would likely find they are not equipped to understand the results.”

Dan Roden, the assistant vice chancellor for personalised medicine at Vanderbilt University Medical Center believes that decision-support systems need to be installed. A busy doctor needs to be told the patient had genetic testing for certain variants, what the tests found and be given easy-to-understand guidance on what prescribing changes could be made, he remarked.
The accuracy of these tests is another important issue. The US Food and Drug Administration has recently taken steps to regulate genetic tests when they are offered directly to consumers. Wylie Burke, the chair of bioethics and humanities at the University of Washington has conducted extensive research on the social, ethical and policy implications of pharmacogenomics. She said: “Clinicians have an obligation to be competent and use technology in the patient’s best interest. In the case of genomics we have to be clear about what we don’t know. At the moment, there are only narrow ways in which we can truly say: yes, we know how to use this for benefit.”

DNA confidential
There are privacy issues that arise from giving over large amounts of information regarding a person’s DNA. Candi Cigar, research legal counsel from the Centre for Addiction and Mental Health, Ontario, Canada, said: “Privacy is a hot issue in research these days because of the large amounts of information given by a patient with the expectation of it being confidential. There is however the potential for it to be put out there and misused by people who were not supposed to have the information.

“There needs to be legislation in place to lay out what a person can or cannot do with someone else’s information. If you have information that is potentially identifiable you have to take certain steps to protect it. In pharmacogenetics, as the taking of samples and stripping it down to its DNA can be identifiable, it is important that it should only be used if consent is given. However, if this is breached and information gets out to third parties such as an insurance company who finds out that you are pre-disposed to certain diseases, they could refuse to enter into an insurance contract with an individual.”

In the USA, the Genetic Information Non-discrimination Act or ‘GINA’ legislation has been implemented which protects patients from other people such as insurance companies and employers investigating them in terms of their health status.

In terms of the liability for hospitals, research institutions and clinicians, Cogar said: “If the negligence lies in the information that was given by the researcher to the patient, there may be potential liability there. If the negligence lay with the clinician or the primary care-giver by changing the prescription without using good clinical judgment, there could be potential for liability there as well.”
In respect of the ownership of the DNA this is less clear but a few instances have occurred in the US which have tipped the balance towards the institution owning anything that has been taken out of the body.

The future is bright
If all these challenges can be overcome, pharmacogenetics could transform the treatment of patients worldwide. Just as our genes determine our hair and eye colour, they also play a crucial role in how our bodies respond to medications. At the moment, many drugs are of a ‘one size fits all’ variety but they simply don't work in the same way for everyone. It must be incumbent on scientists to determine who will benefit from a medication, who will not respond at all, and who will experience negative side effects which are a significant cause of hospitalisations and deaths around the world.

Personalised medications, more accurate methods of determining appropriate drug dosages, reduced polypharmacy, and an overall reduction in the cost of healthcare are some of the real and significant benefits of pharmacogenetics. What is more, it can reduce the cost of health care due to the reduction in the number of adverse drug reactions and the length of time patients are on medication.

The recently-opened iGenomeDx laboratory in San Antonio, US, boasts that patients will have a safer, faster, and more convenient pharmaceutical experience. “This specific type of lab testing is in great demand in the US. The targeted market and growth is exponential.”