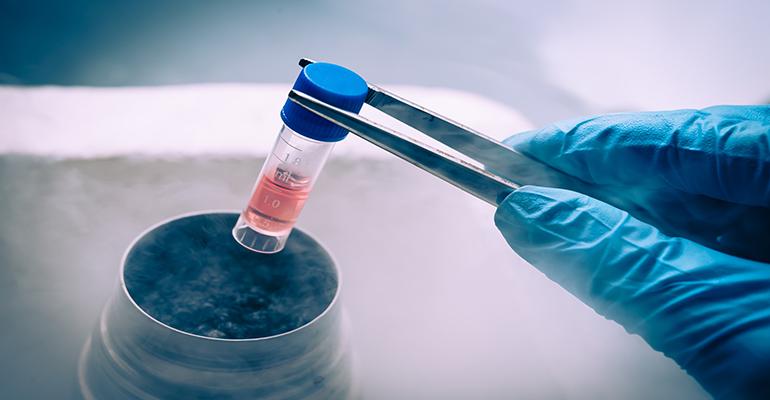 Children with SIOD have a life expectancy of 11 years and normally experience conditions such as kidney failure, severe T-cell deficiency, and hip dysplasia.

In 2018, Lucile Packard Children’s Hospital (LPCH) at Stanford welcomed two siblings with Schimke immuno-osseous dysplasia (SIOD), an extremely rare form of dwarfism that affects just seven children in the U.S. The two siblings, Kruz and Paizlee Davenport, are the first brother and sister pair with SIOD in the country to become ambassadors for the condition.

“There was a one in 80 million chance both Kruz and Paizlee would have SIOD,” says their mother, Jessica. Today the siblings are both being treated at LPCH, where they are receiving a ground-breaking treatment combining stem cell and kidney transplant from their HLA-partially matched parents. This innovative approach, which eliminates the use of post-transplant immunosuppressive drugs, is being overseen by a multidisciplinary team led by the author.

Children with SIOD have a life expectancy of 11 years and normally experience conditions such as kidney failure, severe T-cell deficiency, and hip dysplasia. So far, only five patients in the world have been reported to receive both a stem cell and kidney transplant. Four patients died because of post-transplant complications including severe graft-versus-host disease (GvHD). The fifth patient, Kruz, has fully recovered from a living donor kidney transplant that took place in July 2019, five months after the stem cell transplant where his mother Jessica was the donor. Paizlee, the younger sister, is now three months out of a paternal stem cell transplant and will receive the kidney from the father early next year.

These siblings are benefiting from a method of graft engineering pioneered by the author that makes it safer to receive stem cells from a donor who does not have an exact HLA match. In fact, to overcome the mismatch between donor and recipient, a novel method of ex vivo T- and B-cell depletion based on the selective elimination of αβ+ T cells (the lymphocyte subset responsible for GvHD occurrence) was implemented. After this manipulation, the graft contains not only hematopoietic stem cells (i.e. CD34+ cells), but also large numbers of effector cells such as Natural Killer (NK) cells and gd T cells. These lymphocyte’s subsets, promptly available after the transplants infusion, can effectively control severe infections and leukaemia recurrence. Using this graft manipulation’s strategy, the extensive depletion of αβ+ T cells (up to 5 logs) abrogates the risk of severe GvHD. 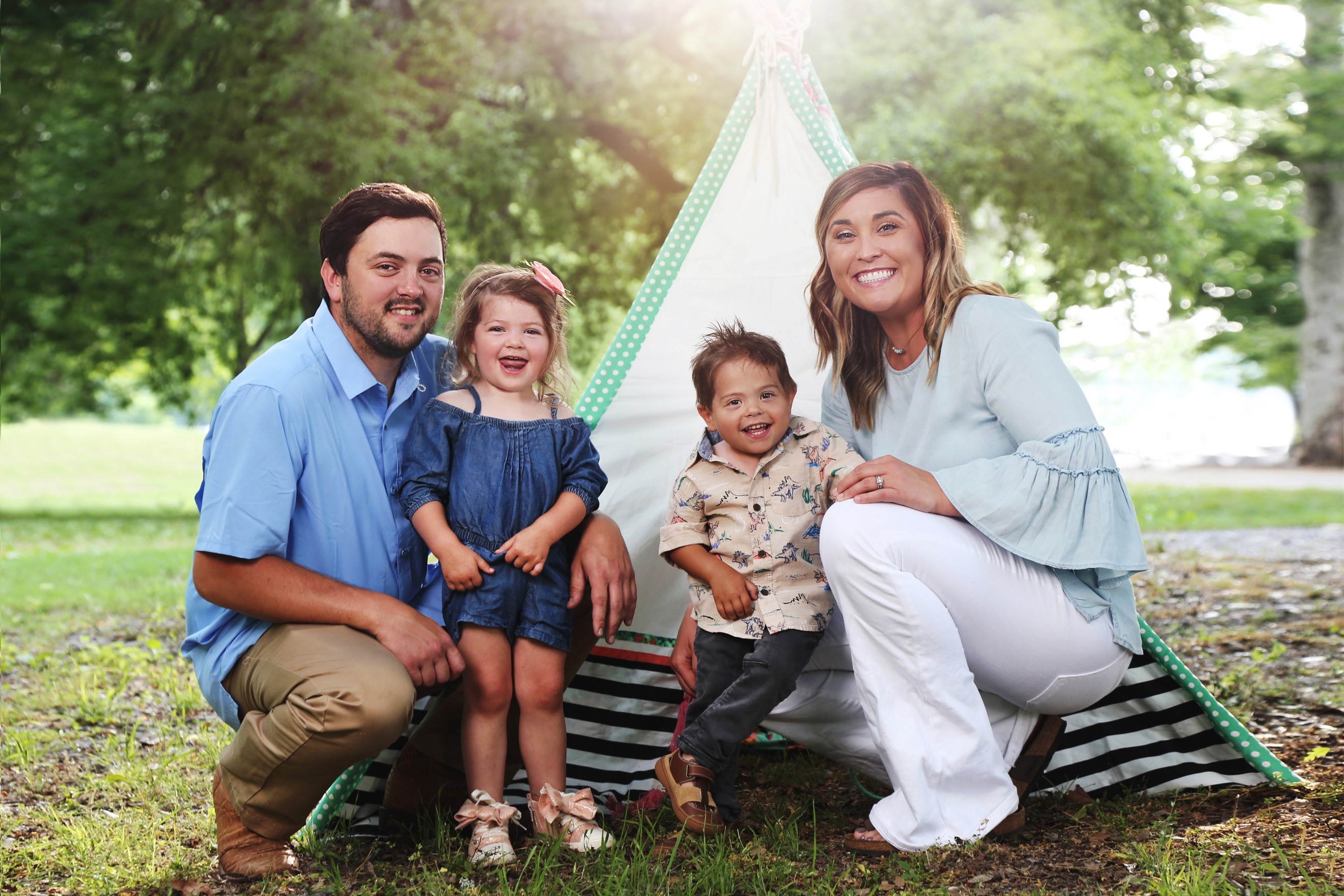 Thanks to this approach, a donor is virtually available for every patient in the need of a transplant. A fully matched related donor (sibling), is present in the family for only 25 per cent of the patients, and less than the remaining 60 per cent can allocate a suitable unrelated donor in an acceptable frame time. The likelihood of finding an optimal donor, varies among racial and ethnic groups, with the probability of identifying an appropriate donor being highest among whites of European descent (75 per cent) and lowest among blacks of South or Central American descent (16 per cent). Thus, there is an urgent clinical need for more broadly applicable hematopoietic stem cell transplant (HSCT) methods that can reach a wider range of patients. Such a development has a major medical impact in patients lacking a fully matched donor, a situation that is especially true for ethnic minorities.

However, this is not only a donor’s matter. The fast and robust neutrophil and platelet engraftment (13 and 11 days, respectively), the absence of the need of post-transplant pharmacological GvHD prophylaxis as well as the negligible risk of chronic GvHD, render this approach ideal for indications previously not for candidates for transplant due to the high burden of complications. SIOD is just one of the multiple different diseases that now can be treated with an αβ haplo-HSCT. Remarkably , the exciting result of this pilot experience combining stem cell and kidney transplantation from the same donor, has laid the foundation at Lucile Packard Children’s Hospital for expanding the use of αβ  haplo-HSCT to diseases routinely not for candidates for allogeneic HSCT, to patients in very poor clinical condition and in the need of living donor solid organ transplant.

What about αβ haplo-HSCT and malignancies?

Peter, now 15, has been a lifelong patient at Lucile Packard Children’s Hospital. He needed a heart transplant at the age of two, and suffered from chronic ear infections, a broken leg, repeated bouts of pneumonia, and a challenging genetic lung disorder (primary ciliary dyskinesia). At the age of eight, he developed a very rare cancer — angioimmunoblastic T-cell lymphoma.

Standard cancer treatments were not working on Peter’s lymphoma and he suffered multiple relapses. He needed a stem cell transplant but having already received a heart transplant made it more difficult to introduce another immune system from a separate donor. In 2017, Peter received an αβ haplo-HSCT from his mother.

Today—two years later—Peter’s a sophomore in high school who enjoys playing video games with friends, practicing for his driving test in parking lots, excelling at school, and thinking about his future career and personal interests. And for the first time, his lymphoma is on molecular remission.

Despite marked improvement in the treatment of children affected by haematological malignancies with chemotherapy, a significant proportion of patients still require HSCT. Haploidentical transplantation opens the possibility to offer this treatment to every child in need of an allograft lacking an HLA-matched sibling, a matched unrelated donor, or a suitable umbilical cord blood unit. However, early attempts at haploidentical HSCT in leukaemia patients were associated with high rates of graft rejection and GvHD, leading to high transplant-related mortality and, consequently, poor survival. In the last two decades, novel insights in transplant immunology, continuing advances in graft-manipulation technology, and improved supportive care strategies have led to significantly better outcomes, so that, with further refinements, it is possible that haplo-HSCT become the preferred transplant option for children with hematologic malignancies without an HLA-identical relative.

In order to remove T cells, responsible for GvHD, and B cells, from which post-transplant lymphoproliferative disease (PTLD) can arise, positive selection of CD34+ hematopoietic stem cells (HSCs) has been employed for many years in haplo-HSCT. Although the administration of CD34+ cell megadoses has been demonstrated to be a valid approach for preventing both graft failure and severe GvHD in haplo-HSCT recipients, removal of lymphoid cells and committed hematopoietic progenitors from the graft cause prolonged lymphopenia and delay immune reconstitution, resulting in an increased risk of non-relapse mortality (NRM), mainly from opportunistic infections. In order to circumvent this delay in immune recovery, in 2010, a more sophisticated method of graft manipulation based on selective depletion of ab T lymphocytes, and of B cells (ab haplo-HSCT) was developed. This refined technique of graft engineering reduces the problems associated with delayed immune recovery, which is typical in the CD34+ cell selection approach. Indeed, using ab haplo-HSCT, it is possible to transfer to the recipient not only donor hematopoietic stem cells but also committed hematopoietic progenitors, as well as mature NK and gd T cells.

These lymphocyte subsets may provide a protective effect against both leukaemia relapse and severe infections. Human gd T cells orchestrate both innate and adaptive immunity and, unlike ab T cells, recognise tumours in a MHC-independent manner without causing GvHD, giving them immense clinical appeal. Both NK and gd T cells exert a potent antileukemia effect able to prevent the risk of relapse after HSCT.

The author recently validated her single-centre results in a multi-centre setting, conducting a retrospective comparative analysis within 13 Italian centres. Evaluating 245 matched unrelated donor (MUD) and 98 ab haplo-HSCT recipients we demonstrated that: first, this approach is associated with a cumulative incidence of NRM and disease recurrence comparable to that of children transplanted from a fully MUD. Second, ab haplo-HSCT abrogates the risk of developing severe acute GvHD and is also associated with a faster neutrophil and platelet recovery than MUD-HSCT. Finally, when compared to a mismatched unrelated donor HSCT, αβ haplo-HSCT is clearly superior, showing a significantly lower NRM and a better chronic GvHD-free/relapse-free survival (GFRS).

In light of all these considerations, αβ haplo-HSCT represents the ideal platform for post-HSCT adoptive immunotherapy for treating either malignant or non-malignant disorders.