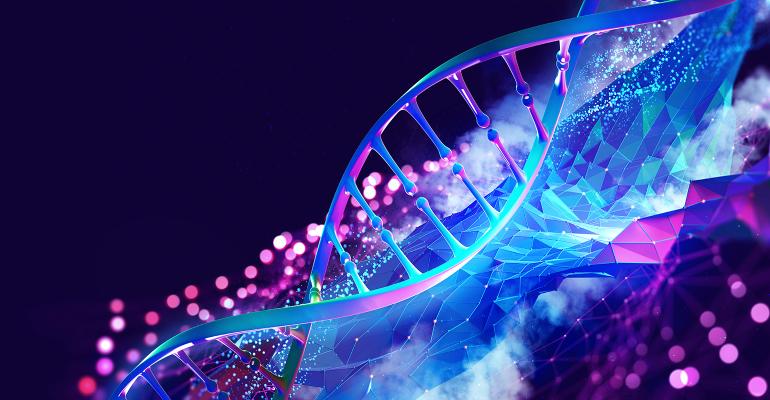 Focus on how genomics and its applications can be Sharia-compliant

The ethical challenges and questions triggered by the twentieth-century biomedical advancements, especially in the fields of genetics of genomics, were great in number and often unprecedented in nature. To prove their relevance to our modern time and their capacity to address such complex dilemmas, moral traditions, including a world religion like Islam, instigated responses to these questions and challenges.

For Muslim religious scholars, the ethical challenges posed by such modern advancements represented an important field-test to show how the relevance of Sharia and the centuries-old Islamic scholarly tradition to address the vexing problems of today.

To access credible and updated scientific knowledge about these modern advancements, religious scholars collaborated with biomedical scientists who will explain what these advancements actually are, what they can(not) achieve, and which questions they raise. This collaboration intended to facilitate and renovate the practice of the centuries-old concept of ijtihad, which starts by understanding the scientific/technical issues to develop an ethical position rooted in the Islamic tradition. Because of its interdisciplinary character, this practice was called collective ijtihad.

When the widely acclaimed Human Genome Project (HGP) took off in 1990, global discussions ensued about the ethical implications of the forthcoming genomic revolution. Within the Islamic tradition, the above mentioned mechanism of collective ijtihad facilitated the collaboration between religious scholars and biomedical scientists to initiate interdisciplinary ethical discussions on genomics and its revolution. Additionally, some religious scholars published books, articles or fatwas, which usually benefited from the output of the collective ijtihad. For a systematic analysis of the diverse Islamic deliberations on genomics, a distinction will be made between two phases, namely (1) Phase I: 1993 -2013 and (2) Phase II: 2014-now.

The international symposium “Ethical Implications of Modern Researches in Genetics”, held in February 1993 in Qatar, was possibly the first event to employ collective ijtihad in deliberating on the then new HGP, which was described as “the largest scientific project in the history of humanity”. Between 1993 and 2013, at least 15 of such interdisciplinary conferences and symposia examined the ethical implications of genomics from an Islamic perspective.

These almost three-decade discussions grappled with broad questions related to how the new field of genomics should be evaluated from an Islamic perspective and whether Muslims should be part of the prospective genomic revolution. The focus was on whether Muslim-majority countries should (a) proactively contribute to this incoming revolution, or (b) anticipate more time for evaluating the overall benefits and risks. By time, these intensive, and at certain points polarizing, discussions matured and eventually produced a clearly majority position, whose advocates strongly supported the above mentioned (a) option. They argued that contributing to the genomic revolution is not only permissible from an Islamic perspective but even represents a collective obligation (fard kifaya) for Muslim-majority countries, and all possible means should be employed to implement this obligation. This position was also put into practice by several countries in the Muslim world. Below, we provide a concise overview of the various arguments advanced by this group.

Why should Muslims be part of the genomic revolution?

From a theological perspective, genomics and related scientific ventures should not be seen through the lens of conventional dichotomies, e.g., Western vs. Islamic practices or believing vs. non-believing scientists. They should rather be viewed as part of the natural human instinct to seek more knowledge about our human nature and our Creator; an endeavour which is recurrently presented in the Quran as a divine command, e.g., “Say, ‘Travel throughout the earth and see how He has originated the creation’” (29:20) and “And in your own selves; do you then not behold?” (51:21).

From a juristic perspective, reference was made to the famous legal principle of “original permissibility”, which implies that everything is in principle morally neutral and thus permissible unless there is evidence to judge it differently. Further, they stressed the relevance of genomics and its (prospective) applications to significant moral values like preserving life and offspring, which make part of the Higher Objectives of Sharia. They explained that as long as genomics aims to help save people’s life, treat incurable and life-threatening diseases, and improve overall health condition for adults and (forthcoming) children, then it should be highly valued from an Islamic perspective.

Additionally, embracing the genomic revolution and urging Muslim countries to provide impactful contributions was also moved by socio-political considerations. On one hand, almost all contributors to these deliberations conceded the deplorable state of scientific research in the Muslim world. On the other hand, genomics was framed as the future of powerful science, without which countries will have no say in shaping people’s future world. Thus, many argued, genomics represents a great opportunity for the Muslim world to regain the golden age of science in the Islamic civilisation and to be part of the future powerful nations.

Finally, it was conceded that the promised genomic revolution is not exclusively beneficial or purely good and that it may entail harms. However, it was stressed that geonomics is inherently or entirely evil because expected harms can be controlled and sometimes even mitigated. The main tool to ensure Sharia-compliant genomics is to develop well-defined criteria and standards (dawabit Shar’iyya), which were the main subject of the second phase of the Islamic deliberations on genomics, as outlined below.

In November 2013, the above-sketched pro-genomics position was formally adopted by prominent institutions like the IIFA and IOMS. In December 2013, both Qatar and Saudi Arabia initiated their national genome projects, with huge budgets and wide national support, and other countries started their own initiatives later. Thus, the focus of the deliberations on genomics in this phase shifted from the yes/no question (should Muslims join the genomic revolution?) to the how question (how should genomics and its applications be Sharia-compliant?).

Because of this shift, increasing attention was given to developing measurable Sharia-compliant criteria and standards (dawabit Shar’iyya) that can help scientists and policymakers manage the scientific research in genomics and its applications. The long list of such practical issues included patenting, ownership of DNA samples stored in biobanks and/or data generated from these samples, incidental findings and human genome editing.

Due to the relatively young age of the discussions on these specific issues and their complex character, most of the time one can hardly identify the mainstream vs. the peripheral or the majority vs. minority positions. However, the increasing number of recent publications reveal that some positions are more likely to gain majority support. Examples include rejecting the return of incidental findings related to misattributed genetic paternity, the obligation of returning such findings when they will help in saving someone’s life, and accepting human genome editing at the level of somatic cells when there is no other possible option for treating an incurable disease, once the efficacy and safety of such intervention are in order. 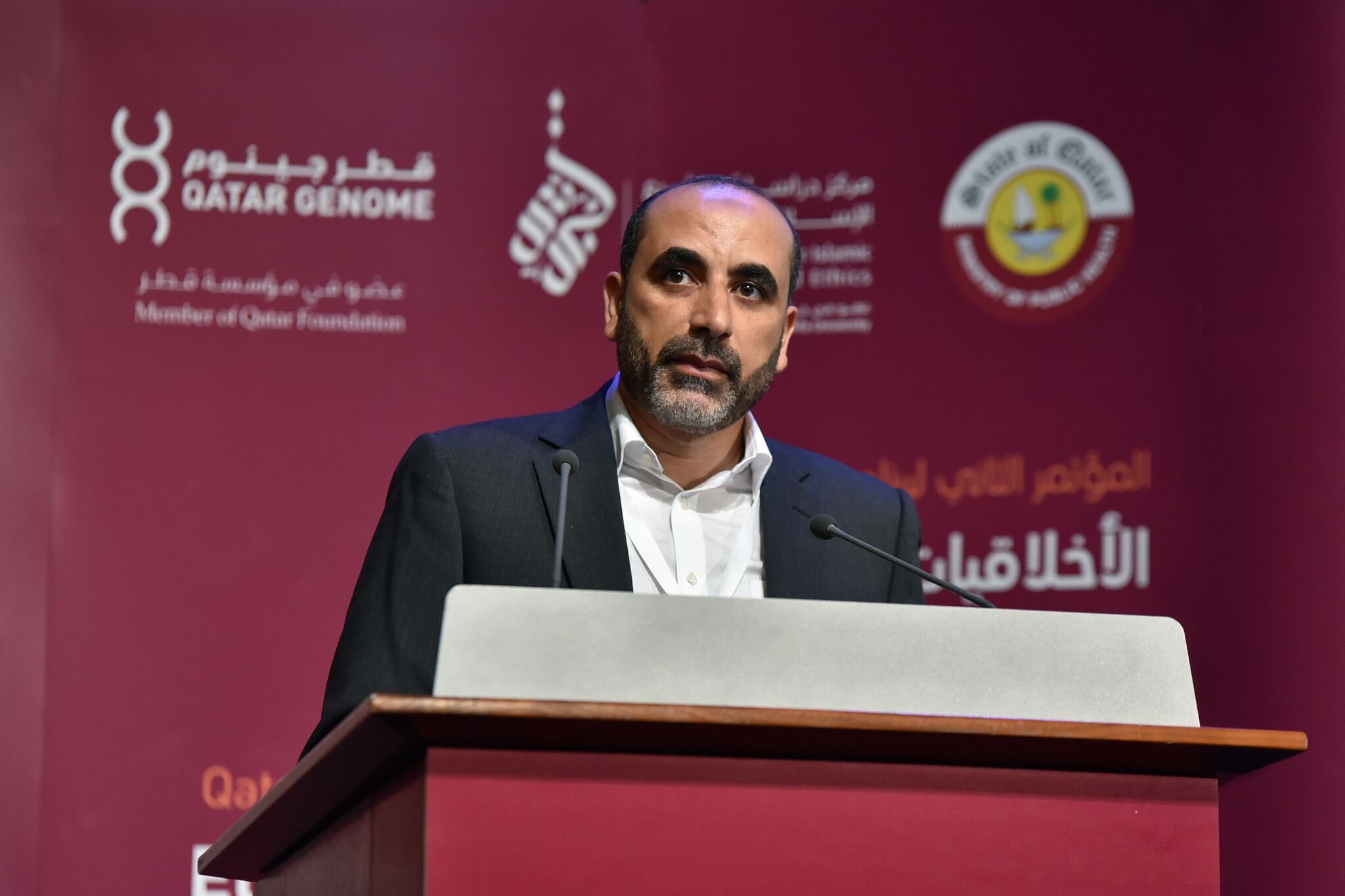