Diagnosis of Ebola Virus Disease: Past, Present, and Future 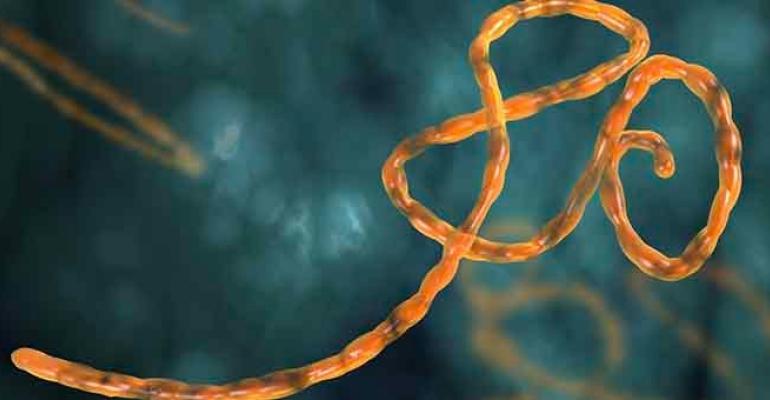 In this article, we describe the evolution of Ebola virus disease diagnostic testing in relation to its past, present and future. As new diagnostic technologies become available, it will be increasingly important for clinicians to understand both the analytic and practical strengths and limitations of these tools. Ultimately, the optimal diagnostic approach for a particular setting will depend upon multiple factors, including population characteristics and disease prevalence, the healthcare setting type, training requirements, regional laboratory capacity, regulatory status, and cost.

The incubation period following Ebola virus infection typically ranges between 3 and 13 days, no tests have yet demonstrated the ability to detect Ebola virus prior to the onset of symptoms. Some diagnostic tests have been designed to broadly detect Ebola virus infection, while others distinguish among the five known Ebola virus species (Zaire/Ebola [EBOV], Sudan [SUDV], Tai Forest [TAFV], Reston [RESTV], and Bundibugyo [BDBV]). Major outbreaks of Ebola virus disease in humans have been attributable to EBOV, SUDV, and BDBV; prior to the 2014-2015 epidemic, the origins of EVD outbreaks were restricted to five African countries: Democratic Republic of Congo (formerly Zaire), Sudan, Gabon, Uganda, and Republic of Congo.

The traditional gold standard method to confirm the presence of Ebola virus is viral isolation in cell culture, by using Vero E6 African Green monkey kidney cells. While detection of Ebola virus by these methods is definitive, these methods require biosafety level 4 (BSL-4) containment  and are typically restricted to research and public health laboratories.

Serologic assays for the detection of specific antiviral antibodies have been used to demonstrate current or prior infection with Ebola virus since the first outbreak investigations of this virus in 1976. Indirect fluorescent antibody detection test (IFAT), considered to have suboptimal sensitivity and specificity, and the requirement for BSL-4 bio containment rendered this method unsuitable for large-scale diagnostic efforts.

The development of enzyme-linked immunosorbent assay (ELISA) tests for the detection of Ebola virus-specific IgM and IgG antibodies offered a faster, higher-throughput system for serologic testing. ELISAs that utilise recombinant viral proteins have also been developed, but to date they do not appear to have been validated for clinical use.  Limited data are available to assess the sensitivity or specificity of these ELISAs.

The detection of viral protein antigens circulating in blood provides a reliable method for diagnosing acute EVD in symptomatic patients. An ELISA for the detection of Ebola virus antigens was first developed at US Army Medical Research Institute of Infectious Diseases (USAMRIID). By this method, viral antigen can be detected in the serum as early as the first day of symptoms. ELISA antigen detection tests utilising monoclonal antibodies   has not been reported clinically, as real time reverse transcription-polymerase chain reaction (RT-PCR) techniques have now replaced these tests. During the recent outbreak, lateral flow immunoassays (LFIs) emerged as powerful tools at the point of care.

These assays used polymerase chain reaction (PCR) to amplify the L polymerase, glycoprotein GP, and nucleoprotein NP genes. An important advantage of this method is that RT-PCR detected viral RNA in two specimens collected on the day of symptom onset were negative for antigen at this time point. Early application of conventional RT-PCR demonstrated that it also performed well for detection of virus in other body fluids, such as saliva and seminal fluid.

This was first developed and tested in early 2000s. It has been seen that lower threshold (Ct) values with higher viral copy numbers correlate with higher mortality. Because existing data indicate that detection of RNA by real-time RT-PCR is variable in the first 72 hours of illness, current guidelines recommend that suspected EVD patients who test negative in this period should be retested after 72 hours of symptoms. Compared to conventional RT-PCR, it yields more rapid results (typically 2 to 3 h); real-time RTPCR assays are now employed by public health reference laboratories.

Several fully automated PCR platforms have been developed in recent years that yields results in 90 minutes or less. The Xpert Ebola assay (Cepheid), is an automated, cartridge based system for RNA extraction and real-time RT-PCR detection of EBOV, NP and GP genes.

Viral sequencing tools hold the potential to benefit diagnostic efforts in the setting of an emerging outbreak, identification of viral strains responsible for new transmission chains in an ongoing outbreak, estimation of viral mutation rate, and analysis of the impact of viral mutations on the performance of molecular diagnostic. During the 2014-2015 epidemic, next-generation sequencing (NGS) platforms enabled the characterisation of large numbers of viral genomes in a relatively short time frame.

Novel diagnostic platforms, such as automated NAATs and rapid antigen detection tests (RDT) that can be used to decentralised healthcare setting with minimal laboratory infrastructure will likely play a major role moving forward. WHO recommends RDT when RT-PCR testing is not immediately available. As more clinical validation data become available and practical experience is compiled, local regulatory agencies, in collaboration with the WHO, will be responsible for developing updated EVD testing algorithms specific for different healthcare settings in both high-prevalence outbreak and low prevalence surveillance scenarios.