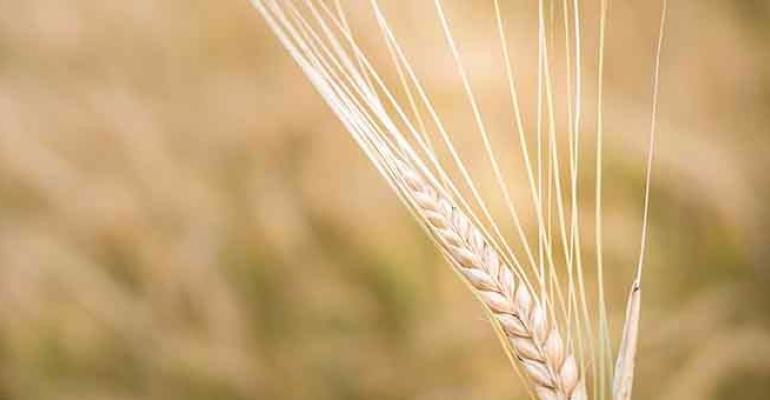 Serological tests nowadays form the backbone of coeliac disease (CD) diagnostics, with biopsy increasingly relegated to a confirmatory role and used only to clarify difficult cases. Official diagnostic criteria are based primarily on the detection of CD-specific antibodies, in particular against endomysium (EmA) or tissue transglutaminase (tTG) and deamidated gliadin peptides (DGP). Analysis of the immunoglobulin class IgG in addition to IgA can secure diagnosis even in persons with an IgA deficiency, which occurs with above average frequency in CD. Antibody tests are also effective for monitoring a gluten-free diet. The genetic analysis of CD-associated alleles can aid exclusion diagnostics, especially in close relatives of CD patients and persons with related diseases.

CD is a systemic autoimmune disease with a pronounced genetic predisposition which may affect different organs. The prevalence of coeliac disease is estimated to be around 1% in Europe, although atypical or mild symptoms are suspected to result in a large number of cases remaining undiagnosed. In the Middle East and North Africa (MENA) region, CD appears to be as common as in Europe, with reported prevalences of 0.1% to 1.2% in low-risk populations. CD is triggered by consumption of gluten, which accounts for around 90% of the protein content of many grain seeds. The disease manifests primarily with severe inflammation and damage to the small intestinal mucous membrane (enteropathy). However, due to the disruption of nutrient absorption, a broad spectrum of gastrointestinal and non-gastrointestinal symptoms can develop, including chronic diarrhoea, vomiting, abdominal pain, cramps, growth disorders, weight loss, delayed puberty, miscarriages, anaemia and osteoporosis. Clinical manifestation of CD also includes the chronic skin condition dermatitis herpetiformis (Duhring’s disease).

CD is triggered by a combination of genetic and environmental factors. The typical enteropathy is caused by an overreaction of the immune system to components of gluten, especially gliadin. Gliadin is only partially digested in the small intestine, and in CD patients the residual gliadin fragments are able to pass the intestinal barrier into the underlying connective tissue. Here, the enzyme tTG modifies (deamidates) the gliadin peptides at particular positions by converting the amino acid glutamine into glutamate. The modified peptides trigger an immune reaction especially in persons with the genetic variants DQ2 and DQ8 of the human leukocyte antigen (HLA) system, resulting in production of antibodies against both DGP and the body’s own tTG and secretion of pro-inflammatory cytokines. The resulting inflammation of the small-intestinal epithelium leads to atrophy of the intestinal villi and broadening of the intestinal crypts (hyperplasia).

The current CD diagnostic guidelines of the European Society of Paediatric Gastroentereology, Hepatology and Nutrition (ESPGHAN) centre on the determination of CD-specific antibodies and genetic risk factors. The guidelines define two strategies for diagnosis of CD: one for patients presenting with symptoms of CD and one for asymptomatic individuals with a high risk of CD. The criteria enable high diagnostic accuracy and aim to reduce stress to the patient e.g. from biopsy. If the titer of anti-tTG IgA antibodies is over 10 times the upper limit of normal (>10x ULN) and further non-invasive confirmatory tests (e.g. EmA, HLA-DQ2/DQ8) are performed, intestinal biopsy can be omitted. Biopsy is now only necessary in patients with inconclusive results.

Autoantibodies against tTG are a very sensitive and specific marker for CD. They can be determined by monospecific immunoassays, such as antigen-coated ELISA or immunoblot or indirect immunofluorescence test (IIFT) based on transfected cells expressing recombinant tTG. They can also be detected by IIFT using tissue sections of liver or oesophagus. In this method they are classified as EmA, whereby tTG is the actual target antigen of these antibodies.

Antibodies against deamidated epitopes of gliadin fragments (anti-DGP antibodies or anti-gliadin fragment antibodies, CD-AGFA) are specific for CD. Antibodies against native gliadin, on the other hand, are less specific and are no longer determined as they are frequently also found in healthy individuals. Anti-DGP antibodies can be determined by ELISA, immunoblot or monospecific IIFT, for example based on the specially designed gliadin analogous fusion peptide GAF-3X.

Generally, the determination of CD-specific antibodies should be performed under a normal gluten-containing diet, since they disappear under a gluten-free diet.

Different antibody detection methods are available for different laboratory requirements. ELISAs are ideal for high-throughput quantitative analysis of large sample numbers, providing highly reliable diagnostic results. For example, in patients with biopsy-confirmed CD or dermatitis herpetiformis (n = 277) and control subjects (n = 1126), the Anti-tTG IgA ELISA yielded a very high sensitivity of 96% at a specificity of 98%. The Anti-Gliadin (GAF-3X) ELISA yielded sensitivities of 95% for IgG and 87% for IgA with specificities of 94% for IgG and 93% for IgA.

IIFT provides highly specific detection of EmA. The substrates liver and oesophagus are equally well suited for this application. For example, in CD patients (n = 298) and controls (n = 574) the liver substrate yielded a sensitivity of 96% and a specificity of 97% for EmA IgA, while for oesophagus, the sensitivity was 95% at a specificity of 98%. Liver offers the additional advantage that it allows immediate discrimination of EmA from anti-smooth muscle antibodies (ASMA), which occur relatively frequently in the general population. The EUROPLUS IIFT combines a tissue section for detection of EmA with GAF-3X antigen dots for parallel detection of anti-DGP antibodies (Figure 1). Automated evaluation of fluorescence results with EUROPattern software increases the efficiency of the IIFT analysis.

The line blot EUROLINE contains membrane chips coated with tTG and GAF-3X for parallel detection of the corresponding antibodies (Figure 2). In addition, an IgA control band allows simultaneous identification of an IgA deficiency. Automated evaluation of the blot with EUROLineScan software enables quantitative measurement with indication of titers of >10 ULN. The immunoblot demonstrates high specificity and sensitivity with respect to the corresponding ELISAs.

Recently published studies have confirmed the usefulness of antibody tests for diagnosis of CD without biopsy. In an international multicenter study of 707 paediatric patients, the value of the criterion anti-tTG IgA >10x ULN was confirmed and resulted in more than 50% of biopsies being avoided. Notably, in a comparative study of anti-tTG ELISAs from different manufacturers, the highest number of >10x ULN results in a panel of biopsy confirmed samples was obtained with the EUROIMMUN ELISA (range: 47% to 90% for the different assays).

In a further 1071 tested samples, the Anti-tTG ELISA (IgA) contributed to a clear diagnosis. The additional determination of anti-DGP antibodies using the Anti-Gliadin (GAF-3X) ELISA (IgG) further increased the statistical accuracy so that the share of tested persons requiring biopsies could be reduced to below 11%.

In the first international prospective study with 898 patients, a large number of biopsies could be avoided by combined testing using the Anti-tTG ELISA (IgA) and the Anti-Gliadin (GAF-3X) ELISA (IgG). This test combination yielded a positive predictive value of 99% and a negative predictive value of 96% and was superior to an approach based on testing total IgA together with anti-tTG IgA.

Effective monitoring of a gluten-free diet

A gluten-free diet (GFD) is essential for the health of patients with CD. A GFD can be easily monitored using the Anti-Gliadin (GAF-3X) ELISA and the Anti-tTG ELISA. Dietary adherence results in decreasing antibody concentrations (IgA, IgG). In an 18-month study, the majority of 78 tested patients adhering to a GFD showed a significant decrease in CD-associated IgA and IgG antibodies. Moreover, in a comparative study of tests from different manufacturers, the Anti-tTG ELISA (IgA) from EUROIMMUN reacted most sensitively to increasing titers if the dietary rules were not observed.

The determination of the coeliac disease-associated HLA variants DQ2 and DQ8 is recommended particularly in symptomatic patients with an unclear diagnosis and in asymptomatic risk patients, for example first-degree relatives of CD patients and persons with other autoimmune diseases, sIgAD or genetic syndromes. If neither HLA-DQ2 nor -DQ8 is present, CD can be as good as excluded (negative predictive value: at least 98%).

The HLA-DQ molecules are heterodimers composed of an α and a β subunit. The genes coding for the α and β subunits exist in many different forms in the human population. The allele combinations coding for HLA-DQ2.2, -DQ2.5 and -DQ8 are considered risk factors for CD.

All clinically important alleles of the relevant genes (HLA-DQA1 and –DQB1) can be determined using microarray systems such as the EUROArray (Figure 3). This test system, moreover, distinguishes between homo- and heterozygous presence of the alleles coding for the alpha and beta subunits of HLA-DQ2.2 and HLA-DQ2.5, allowing improved risk assessment. The genetic analysis can be performed on whole blood samples or isolated patient genomic DNA and includes fully automated data evaluation.

The increasing usage in clinical practice of the non-biopsy diagnostic strategy for CD has confirmed its high diagnostic accuracy. In particular, the combination of anti-tTG IgA and anti-DGP IgG provided the most reliable diagnosis/exclusion of CD. Performing both tests can strengthen diagnosis in cases with grey zone titers for one or other of the parameters. Based on an extrapolation model from a study of paediatric CD and non-CD patients, it was found that the predictive values for this test combination would remain above 95% even at a clinical prevalence as low as 4%. Therefore, this strategy is optimal even for low-prevalence patient populations. The test combination is, moreover, suitable for all age groups, as the antibody prevalences have been shown to be similar in adults and children. The possibility to obtain a CD diagnosis without invasive, costly and time-consuming biopsy is especially beneficial in paediatric patients.