Home>Laboratory
Recent
Used medical equipment: A sustaining resource
May 06, 2021
Case study: Latrobe Regional Hospital
May 06, 2021
Healthcare AI market will expand at a CAGR of 43.7 per cent by 2026
May 05, 2021
Comprehensive analysis of SARS-CoV-2 immune responses
May 03, 2021
POLL
Femtech at the forefront
May 03, 2021
Streamlining for safety: Barcode medication administration for intravenous medications
May 03, 2021
UK Healthcare Pavilion partners with Middle East Medical Portal
May 03, 2021
What are the key risks for organisations in healthcare?
May 03, 2021 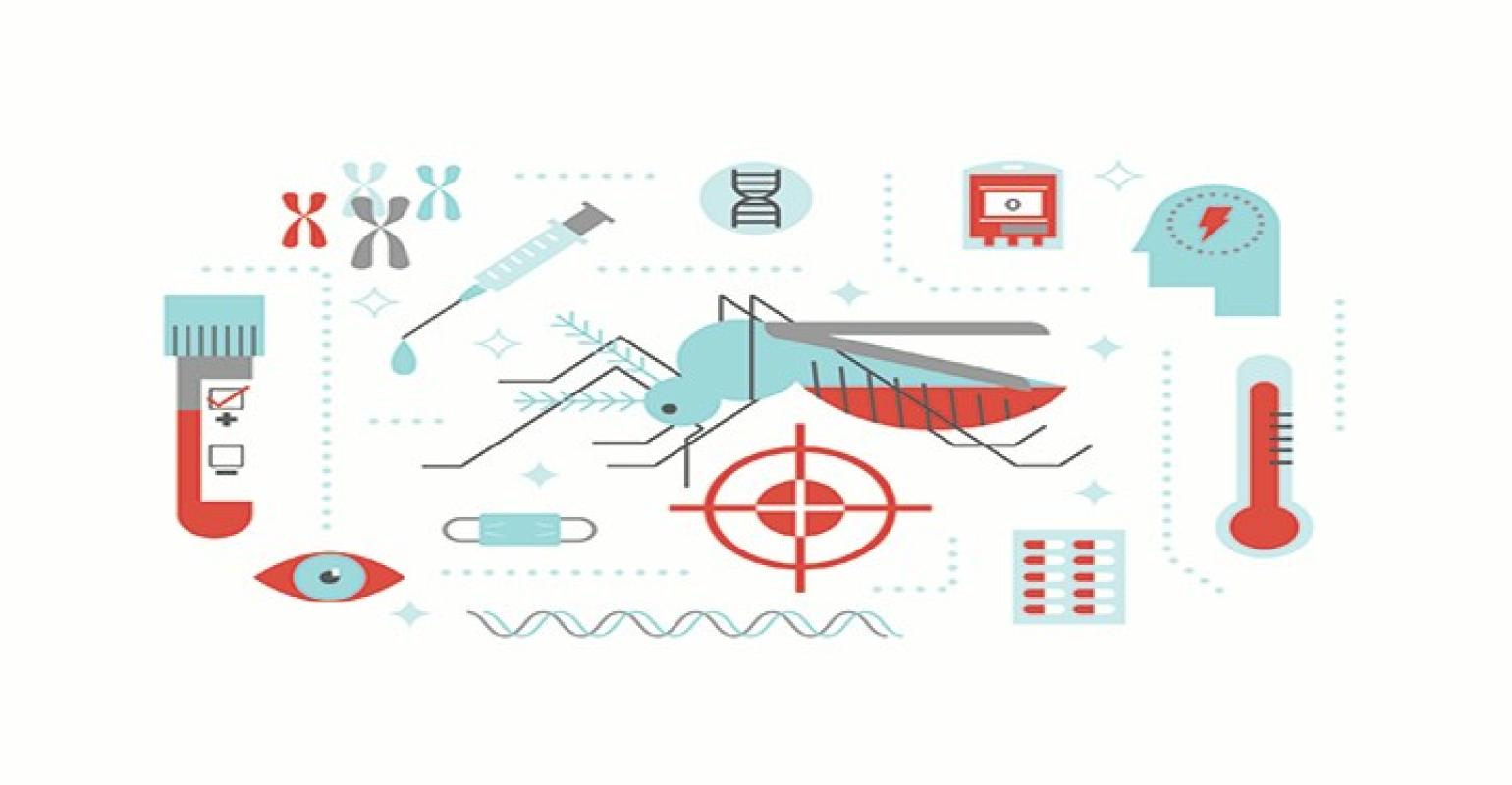 Dengue disease is a major mosquito-borne public health problem in tropical countries and has been continuously spreading to new geographical areas.

Cases of dengue have increased almost fourfold from 2000 to 2013, and 30 folds over the last five decades, notably with more frequent, larger outbreaks and more severe cases. According to the estimation of World Health Organization (WHO), dengue is endemic in 128 countries with 3.9 billion people at risk per year. Among them, around 96 million may manifest clinically, and approximately 500,000 people per year may require hospitalisation. In 2018, an increase in recognised dengue cases were reported in India, Philippines, and Singapore.

Dengue virus (DENV), the etiological agent of dengue, is a member of the Flavivirus genus in Flaviviridae family, which also includes Yellow fever virus, and Japanese encephalitis virus. DENV infection causes a wide range of clinical signs in humans, from asymptomatic to acute febrile illness (dengue fever, DF), to severe dengue haemorrhagic fever/dengue shock syndromes (DHF/DSS). Although the overall mortality associated with dengue is low, the burden on health services caused by dengue has been significant. Early diagnosis of dengue can help doctors in selecting appropriate measures to reduce morbidity and mortality. High viremia was associated with the development of severe dengue disease, suggesting early administration of antivirals in the course of illness could help lessen severity. However, diagnosis of DENV infection cannot rely solely on clinical signs and symptoms since the majority of the infected individuals are either asymptomatic or present with symptoms similar to those of other febrile-episode-inducing diseases.

Current methods to aid diagnosis of DENV infection include antigen detection (virus isolation, immunofluorescence assay, NS1 immunological test), serological assays (plaque reduction neutralization titers (PRNT), IgM/IgG immunological test), and RNA detection (reverse transcription-polymerase chain reaction [RT-PCR]). Virus isolation and PRNT are two options only for well-equipped laboratories with well-trained staff. NS1 antigen detection and/or serological methods are the most commonly used diagnostic methods. NS1 enzyme linked immunosorbent assay [ELISA] can detect circulating NS1 antigen for up to nine days after symptom onset. IgM appears later but lasts longer than NS1 and viral RNA during primary infection; IgM ELISA has been widely used in public healthcare centres; interpretation of the results can be enhanced by a rise in the titre when testing paired samples from both acute- and convalescent-phases. However, their cross reactivity to other flaviviruses such as Zika virus is still a concern.

NATs generally have greater sensitivity and specificity than antigen and serological methods. Using NATs, e.g. real-time RT-PCR, to detect DENV RNA during the first five to six days after symptomatic onset was recommended by the WHO as an aid for laboratory confirmation of DENV infection. NATs have gradually replaced virus isolation to help identify acutely DENV-infected patients.

Dengue disease is caused mainly by four antigenically related serotypes of DENV, namely DENV-1, -2, -3, and -4; about 50 – 70 per cent differences in sequence identities are found among their genomic RNA. Multiple virus serotypes have been found co-circulating in several hyperendemic regions. Numerous studies reported that some serotypes are more often associated with severe diseases or specific clinical manifestation than the other serotypes. For example, severe disease was associated more with DENV-2 than other serotypes in children in several studies, and more with DENV-1 in adults in a Hong Kong study. A study in western South America found a higher prevalence of musculoskeletal and gastrointestinal manifestations in DENV-3-infected patients and a higher prevalence of cutaneous and respiratory manifestations in DENV-4-infected patients. A study of a DENV-2- and DENV-3-infected cohort in Taiwan showed a higher prevalence of respiratory and cutaneous manifestations (rash) in DENV-3- and DENV-2-infected subjects, respectively. In addition, chances for developing DHF-DSS is elevated when infection with one of the four serotypes is followed by a heterotypic serotype; this is likely due to antibody-mediated enhancement of DENV infection. This association has been observed also in a large scale; for example, the replacement of DENV-3 by DENV-1 was associated with a wave of severe dengue epidemic in Sri Lanka in 2009. Hence, DENV serotyping is also important in prevention and control of dengue.

Rapid on-site detection and serotyping of DENV can potentially alert front-line health professionals of invasion of a new or long-time absent serotype, allowing timely implementation of intervention strategies. Although parallel NS1 antigen and IgM/IgG rapid testing has improved dengue diagnosis at points of need/points of care (PON/POC) in recent years, both tests do not provide serotype information. In addition, they are generally less sensitive and specific than those of ELISA and nucleic acid testing (NAT) methods. Their sensitivity could be further lowered during secondary infection since the levels of detectable NS1 could be reduced by existing antibody, and levels of IgM are not as high as in primary infection and can be undetectable in some cases.

Real-time RT-PCR assays and the Luminex-based assay allow serotyping of DENV with great sensitivity. However, their execution and/or data interpretation require skilled technicians and relatively expensive equipment that are not commonly available in remote areas or developing countries; long-distance transportation of specimens is another major obstacle.

To facilitate timely near-patient serotyping of DENV at low-resource settings, rapid, easy, mobile, NAT methods of high sensitivity and serotype-specificity are still needed to bring accurate detection/serotyping of DENV to PON/POC. On-site serotyping of DENV by a combination of isothermal amplification and DNA sequencing with a portable sequencer was recently demonstrated to be feasible. However, its immediate clinical applications at PON/POC are limited by the costs and technical skills required.

A limited number of methods, including the reverse-transcription-loop-mediated isothermal amplification (RT-LAMP) and the TaqMan probe-based RT-insulated isothermal PCR (RT-iiPCR) methods, became available recently with potential to enable easy near-patient detection and serotyping of DENV. LAMP can be performed with a simple incubator and generally requires only a very simple nucleic acid extraction step. One DENV serotyping RT-LAMP panel including four singleplex DENV-1, 2, 3, and 4 reactions targeting the 2A, NS4B, NS4A, and 3’UTR markers was reported to generate signals visualised by naked eyes or a laboratory fluorescence-monitoring device in 25 minutes. Its clinical performance was demonstrated preliminarily to be similar to that of a real-time RT-PCR. Another RT-LAMP panel also included four reactions all targeting the NS1 gene; SYBR Green I signals can be detected visually or with a field-deployable Genie II flourometer (OptiGene, UK) in about 35 minutes. Preliminary study showed that this assay and CDC real-time RT-PCR assay complemented NS1 to increase the diagnostic coverage of febrile patients to similar degrees.

Another singleplex DENV serotyping RT-PCR panel that works on a mobile PCR system has been evaluated preliminarily to have performance comparable to that of CDC Real-time RT-PCR. The DENV-1, 2, 3, and 4 reagents, targeting the NS5, E, prM, and prM genes, respectively, are based on the TaqMan probed-based iiPCR technology. Automated amplification and detection of iiPCR are achieved consistently in a capillary tube in a simple, insulated heater/detector. CE-marked compact iiPCR devices are commercially available, including a field-deployable model (POCKIT, GeneReach Biotech) and a hand-held series (POCKIT Micro) with built-in rechargeable batteries. Results are detected and interpreted automatically to generate qualitative results within one hour. Its performance has been verified and validated to be comparable to that of several reference laboratory methods (real-time PCR, virus isolation) with various markers and sample types. A CE-marked pan-DENV RT-PCR is already available to detect all four DENV serotypes in human plasma and serum on this platform to aid PON/POC identification of DENV. PCR testing requires nucleic acid extraction, and a compact automated nucleic acid extraction system has been bundled with these PCR devices in a durable suitcase to realise a mobile PCR laboratory. Furthermore, a fully automated, sample-in-answer-out, compact system (POCKIT Central Nucleic Acid Analyser) is available recently with the CE mark to further minimise human error risks and allow easy molecular bio-detection near PON/POC.

Progress in translating novel molecular technology into diagnostics for dengue infection has helped the development of relatively inexpensive, rapid, and simple NATs to meet the needs in early serotyping of DENV near PON/POC. These tools have potential to enable timely management, control, and monitoring of different DENV serotypes especially in under-served communities. Further verification and validation studies of these methods should be expedited to bring them to clinical settings. 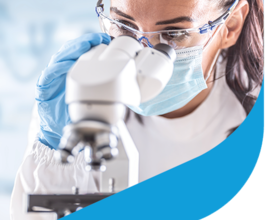 Medlab Middle East is where the world of laboratory medicine comes together. Discover innovative products, trending technology, infinite networking opportunities and more at the Live and Online edition this year.

Uniting the healthcare and medical laboratory community once again has only become more important through the COVID -19 pandemic. After all, both communities have been working side by side and getting us through this tough time.

Medlab Middle East will now be located with Arab Health.