Cost Effectiveness of Population Screening Programme in Haemoglobinopathies in the UAE 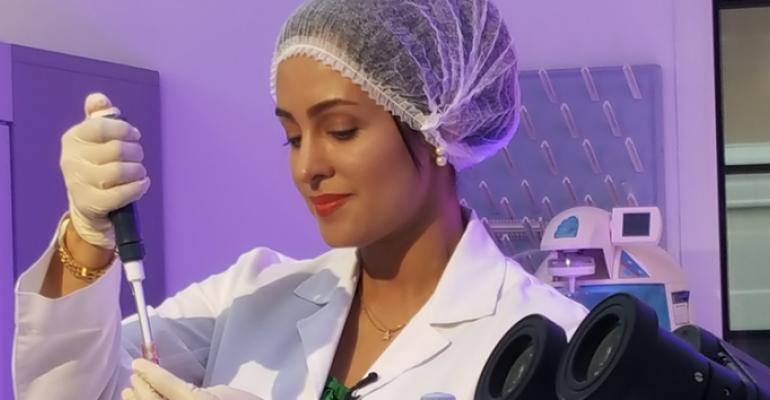 The diagnosis of haemoglobinopathies has become an increasing challenge in multinational European countries, Australia, USA, Canada and recently in emerging haemoglobinopathy ‘hot-spots’ such as the Gulf Countries.  The United Arab Emirates (UAE) and Dubai, in particular, is one of those countries where haemoglobinopathies pose a national health concern. Accordingly, over 200 nationalities were potential candidates for a mandatory national screening programme launched in 2006.

Haemoglobinopathies (a-thal, b-thal, Hb variants) occur at a relatively high frequency in the UAE. Detection of common haemoglobinopathies is simple; however, the complexity arises from extensive a- and b- globin gene interactions. The ensuing genotypes and phenotypes result in widespread heterogeneity thus rendering Dubai the most heterogenous nation worldwide hitherto with 55 b-globin gene defects.

The key objectives for the Population Screening Programme in Haemoglobinopathies in the UAE:

The above campaign was launched to raise awareness on genetic blood disorders such as Thalassemia, Sickle Cell anaemia and G6PDH (Glucose-6-phosphate dehydrogenase) and tackle public health concerns and related issues for creating a healthy community.

Situation at the time of launch: Thalassemia was a major public health issue in the UAE. The official data available showed the prevalence of Thalassemia to be 12% among the target population.

Structure of the programme: Developed by the scientific committee after an in-depth study of the existing prevalence and challenges, the structure was designed to meet the standards prescribed by WHO for population screening programme which are:

Methodology: The campaign team of 260 volunteer ambassadors from 13 UAE educational institutions including Higher Colleges of Technology, UAE University and Dubai Women’s College were guided by the UAE GDA research team.

Impact of Population Screening Programme between 2007 to 2016:

Cases detected and the comparison of cost of management vs prevention: 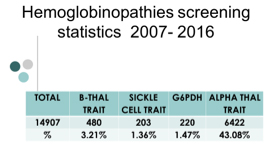 Conclusion: In the UAE, successful screening programmes have played a profound effect in reducing the birth of thalassemic babies and had an enormous impact on public awareness of haemoglobinopathies.

The UAE Genetic Diseases Association was founded in 2004 as a nonprofit organisation and strives to reduce the prevalence and impact of common genetic disorders in the UAE through preventative awareness programmes, screening based on research studies and knowledge sharing, conducted by experts in the field using the most innovative technology at the lowest costs. UAE GDA conducts research in the fields of Autism, Alzheimer’s, Breast Cancer, Celiac Disease/Gluten Intolerance, Childhood Cancer, Duchenne Muscular Dystrophy, Diabetes type 2, Familial Hypercholestremia, G6PD, Neural tube defects, Sickle Cell Anaemia, Thalassemia and Vitamin D deficiency.