The clinical utility of FBC and its parameters 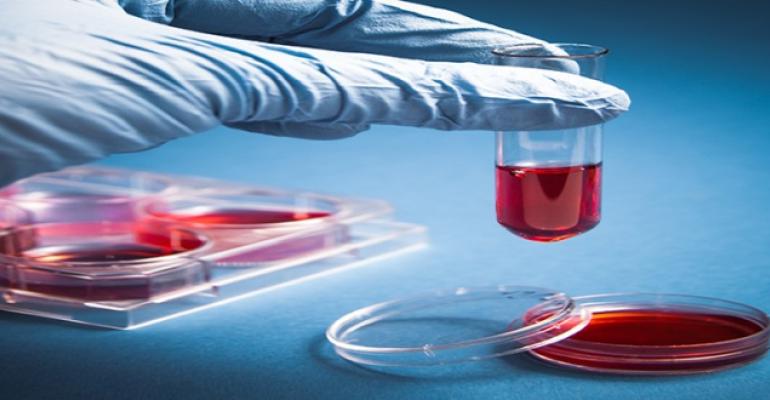 A full blood count (FBC) is a blood test which measures a large number of blood parameters, most notably the Haemoglobin, white cell count (WCC) and Platelet count.

It is the oxygen-carrying pigment of red cells. There are millions of haemoglobin molecules in each red cell. This blood component carries oxygen from the lungs to the body tissues.

Normal levels in men and women are 14-18 g/dl and 12-16 g/dl respectively. (This would differ according to the populations, with those in the western countries having a higher Haemoglobin {Hb} in contrast to the Asian populations).

A low Haemoglobin is called anaemia, and has a variety of causes, including chronic (over a long time) blood loss, destruction of red cells, decreased blood cell formation in the bone marrow, defective production of haemoglobin, or chronic illness.

Clinically: It causes tiredness, shortness of breath on exertion and possibly postural light-headedness.

A high Haemoglobin is called erythrocytosis and may be caused by smoking, chronic lung disease or a blood condition called polycythaemia vera (PV). This is a proliferative disease of the bone marrow, which causes an increase in total RBCs and haematocrit as well as an elevation in white cells and platelet count. Clinically it causes plethoric face, headache, itchiness of the body, hyperviscocity symptoms and hypertension.

Red blood cells: RBCs are the number of erythrocytes in 1 cubic mm of whole blood. The RBC count will be low with iron deficiency, blood loss, haemolysis and bone marrow suppression. Increases may be found when one moves to a higher altitude or after prolonged physical exercise and can also reflect the body’s attempt to compensate for hypoxia.

Haematocrit: The test for haematocrit measures the volume of cells as a percentage of the total volume of cells and plasma in whole blood. This percentage is usually three times greater than the haemoglobin. After haemorrhage or excessive intravenous fluid infusion, the haematocrit will be low. If the patient is dehydrated, the haematocrit will be increased (erythrocytosis) and as mentioned above in the condition called Polycythaemia Vera and other secondary causes of erythrocytosis.

Mature RBCs have a lifespan of about 120 days. In haemolytic anaemia, the cell life span may be shorter.

Reticulocyte: These are the new cells released by the bone marrow. The reticulocyte count is therefore used to assess bone marrow function and can indicate the rate and production of RBCs. Normal to slightly low reticulocyte counts may occur with anaemia demonstrating an underproduction of red cells (such as with iron or folate deficiencies), elevated levels may indicate blood loss, haemolysis or response to haematinics.

Measuring the haemoglobin content of reticulocytes, also known as reticulocyte haemoglobin (CHr) equivalent, is a way of diagnosing and monitoring iron deficiency anaemia. It is the fastest way to detect changes in iron status. Since red blood cells have a 120-day lifetime, detecting iron deficiencies and changes in the iron status of erythropoiesis is only possible relatively late using classical haematological parameters such as Hb, MCV and MCH.

Reticulocytes as mentioned before, are swept into the blood stream from the bone marrow and usually mature over the course of two to four days. Measuring the haemoglobin content of the reticulocytes means you can look at the current iron supply to erythropoiesis and judge the ‘quality’ of the cells. This lets you detect changes in iron status far earlier than through the haemoglobin content of mature red blood cells.

This parameter shows early haematopoietic recovery post chemotherapy and is more useful than the current practice of using the absolute neutrophil count.

MCV: This measures the average size of the RBC and can be calculated by dividing haematocrit by RBC count X10. Low values indicate the cells are microcytic (small cells) and are often evident with conditions such as iron deficiency, lead poisoning and thalassemia. High values greater than 95 FL indicate macrocytic cells (large cells), and are found with such conditions as megaloblastic anaemia, folate or Vitamin B12 deficiency, liver disease, post-splenectomy, chemotherapy or hypothyroidism. The MCV can be normal with a low haemoglobin if the patient is hypovolemic or has had an acute blood loss.

MCH: Is the average weight of haemoglobin per red cell. Normal level is 27 to 32 picograms (pg).

MCHC: Is the average concentration of haemoglobin per erythrocyte.
Normal levels can be seen with acute blood loss, folate and Vitamin B12 deficiency; these cells will still be normochromic. Hypochromic or “pale cells” will be seen with conditions such as iron deficiency and thalassemia.

RDW: This index is a quantitative estimate of the uniformity of individual cell size.

Elevated levels may indicate iron deficiency or other conditions with a wide distribution of various cell sizes such as in mixed deficiency anaemia, response to haematinics and certain haemolytic anaemias. Normal levels are 11.5 to 14.5 per cent.

WBCs, also known as leukocytes, are larger in size and less numerous than red cells. They develop from stem cells in the bone marrow.

A very low WCC would raise concern that the immune system is overwhelmed by infection and may not have enough white blood cells to fight the infection effectively. This is particularly true in the setting of recent chemotherapy, and may occur early on in any infective illness.

A high WCC is often due to an infection, which may or may not be severe. Other causes include a seizure, steroid medications such as prednisolone, or as a non-specific “stress response” to pain or illness.

If very high, it may be due to severe infection, or less commonly due to an acute or chronic form of leukaemia.

The differential white cell count is done to establish the percentages of the five different types of cells and establish their relationship in the clinical conditions they have an association with. It adds up to 100 per cent and usually includes neutrophils, basophils, eosinophils, monocytes and lymphocytes.

A very low WCC would raise concern that the immune system is overwhelmed by infection and may not have enough white blood cells to fight the infection effectively.

Besides increasing during inflammation and infections, it increases with conditions such as stress, necrosis from burns and heart attack.

It is found in areas such as skin and the airway in addition to the bloodstream. They increase in number during allergic and inflammatory reactions and parasite infections.

These are so called when found in the blood, are also known as “mast” cells when found in the tissues. Tissue basophils are found in the gastrointestinal and respiratory tracts and the skin. They contain heparin and histamine and are believed to be involved in allergic and stress situations. They may contribute to preventing clotting in micro-circulation.

These arrive at the site of injury in about five hours or more.

These fight viral infections. Lymphocytes have a key role in the formation of immunoglobulins (humoral immunity) and also provide cellular immunity.

It measures the platelet number, and are small elements formed in the red bone marrow. They are actually fragments of megakaryocyte cytoplasm (precursor cell to the platelet). They help to control bleeding, not function.

PDW (platelet distribution width) – indicates platelet variation and this could result in falsely low results (pseudothrombocytopenia).
A low platelet count is thrombocytopaenia, and may be due to a variety of causes, including Idiopathic v.

A high platelet count called Thrombocytosis may occur as a reactive response to bleeding, haemolysis, infection, inflammation and malignancy or may be due to a clonal cause such as in myeloproliferative neoplasms namely essential thrombocythemia.

IPF (immature platelet fraction) – is a new parameter present in the more sophisticated analysers. It is a very useful indicator of the presence of immature platelets in circulation. This is a very good indicator of the marrows ability to produce platelets in patients when presenting with thrombocytopenia. This marker has been utilised in the diagnosis of patients with immune thrombocytopenia and also to identify dengue in patients who are in the recovery stage.

The above explain the many clinical utilities of the parameters depicted by the FBC.