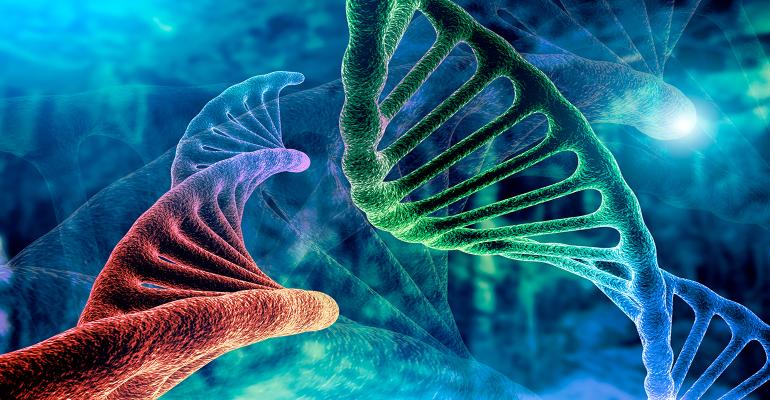 This is the first time a novel type of CRISPR gene-editing technology – known as CRISPR/ CA12 – is being used in a human study to alter the defective gene responsible for sickle cell disease.

Researchers at Cleveland Clinic in Cleveland, Ohio, are enrolling patients in a clinical trial that aims to work toward a cure for sickle cell disease by changing the patient’s genetics. Sickle cell disease, a genetic blood disorder, is a painful and debilitating condition for which there are few approved therapies.

The multicenter study will evaluate the safety and effectiveness of a single dose of EDIT-301, an experimental one-time gene editing cell therapy that modifies a patient’s own blood-forming stem cells to correct the mutation responsible for sickle cell disease.

During the study, patients’ stem cells are collected for gene editing in a laboratory. Patients then are treated with chemotherapy to destroy the remaining bone marrow to make room for the repaired cells, which are infused back into the body. The study will initially enrol 40 adult patients ages 18 to 50 with severe sickle cell disease, with the possibility of expansion to include adolescents. Patients will be monitored closely after treatment for up to two years.

“Gene therapy is an incredible technology that works by replacing or inactivating disease-causing genes,” said Rabi Hanna, M.D., director of the paediatric blood and bone marrow transplant program at Cleveland Clinic and principal investigator of the trial. “In this study, the gene therapy will introduce healthy genes into the body with the goal of correcting genetic abnormalities of red blood cells. By enabling the cells to produce more fetal haemoglobin, this treatment has the potential to cure sickle cell disease in a precise way.”

Dr Hanna explains: “CRISPR/Casp12 is a tool that enables gene correction. Gene correction is done on the hematopoietic stem cells in ex-vivo (outside the body). We collect the stem cells through the peripheral vein after we stimulate the marrow to release the blood stem.”

CRISPR/Cas12 is a system that will help to identify and modify the abnormal gene. It works like a pair of “genetic scissors”: the Cas12 nuclease opens both strands of the targeted sequence of DNA to introduce the modification. By delivering the Cas12 nuclease complexed with a synthetic guide RNA (gRNA) into a cell, the cell's genome can be cut at the desired location, allowing existing genes to be removed and/or new ones added.

“The technique is considered highly significant in biotechnology and medicine as it allows for the genomes to be edited in vivo with extremely high precision with ease,” Dr Hanna adds. “The development of the CRISPR technique earned Jennifer Doudna and Emmanuelle Charpentier the Nobel Prize in Chemistry in 2020.”

After the cells are modified, the patient is prepared to receive the modified hematopoietic stem cells by giving him or her chemotherapy to get rid of the abnormal cells in the bone marrow and to create enough space for the new cells. When the patient is ready, the modified cells are infused, similar to how blood is infused in the vein. These cells - given their capacity to replicate and differentiate into normal cells in few weeks - will make new red blood cells that will work normally and hopefully prevent any future sickle cell disease pain crisis or other complications

“The risks are mostly related to the chemotherapy we use to prepare patent, but there is also a potential risk that patient's modified cells do not engraft and, lastly, there is always the risk of “off-target” activity. We only use this now in ex-vivo “hematopoietic cells” and not in any embryo because these changes could be irreversible,” Dr Hanna concludes.