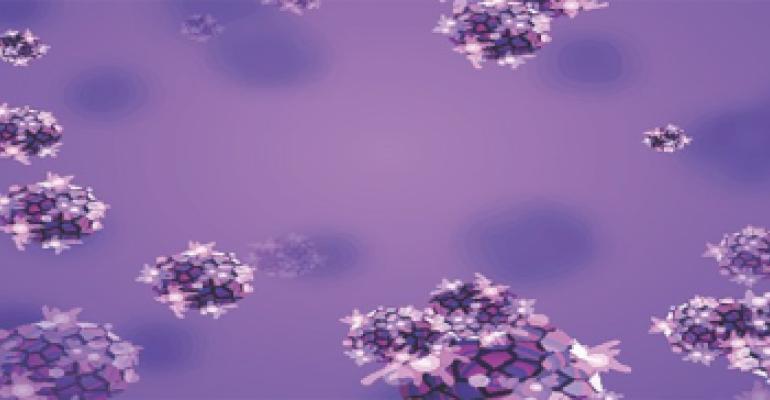 Symbiotic relationship between microbial flora in human body and our body plays a key role in maintaining a healthy life. Microbiota of our body protects us against pathogens, supports our immune system and plays a role in the synthesis of certain necessary micronutrients. Human microbiota is composed of bacteria, fungi and viruses, and their number exceeds 10 trillion in total. This number is 100 times more than the number of other cells in our body. Researchers are able to determine the microbial diversity and rates in our body in a surprising accuracy with new-generation sequencing technique. Such developments have been the turning point in the understanding of relationship between microbiota and human health. Majority of today’s studies are about gastrointestinal system and genitourinary system. While being less frequently, microbial communities in organs such as nose, nasopharynx, auditory canal, eyes and skin have been investigated.

Importance of short-chained lipid acids presented as end product due to fermentation of carbohydrates by bacteria in the anaerobic environment of intestines has been emphasised in recent years. These are acetic acid, propionic acid and butyric acid. Great part of these products is absorbed by intestines and five to 10 per cent of them are discarded with faeces. Intestinal microbiota protects intestines against the pathogenic invasion of bacteria by getting into competition for nutrients or producing antimicrobial proteins or peptides (bacteriocin).

It has been long known that microbiota of female reproductive system is very diverse. Traditionally, research used to focus on vaginal microbiota; however, evidence has been collected in the last 10-20 years on the fact that female reproductive systems including uterus are not sterile. It has been increasingly clarified that microbiota extends beyond uterine cavity, and according to some of the researchers, there may be bacteria found also in fallopian tubes of healthy women. Studies have recently begun on the relationship between reproductive system microbiota and fertilisation and successful pregnancy. So far, the relationship between clinically apparent infection and inflammation and impaired reproductive function has been clearly identified. Inflammation due to pathogenic invasion causes proinflammatory cytokines and growth factors to be secreted from immune system cells. Slight changes in microbiome may cause ambiguous changes in tissues, but such changes may be clinically important.

Reproductive system’s microbiota is not only composed of free bacteria clusters. These bacteria mostly form three-dimensional biofilm structures. These structures function as a protective cover; they involve polysaccharides, nucleic acids and proteins. These biofilm structures prevent immune system from recognising the pathogens and reduce positive effects of antibiotics.

Biofilms usually form in vagina but can extend towards endometrial cavity and even fallopian tubes. Even though biofilms’ role in pathogens of reproductive system is not fully known, what we need to have in mind is that the relationship between microbiome and reproductive system cannot be identified only with presence or absence of certain bacteria.

Microbiome can affect gametogenesis. It has been shown that some bacteria impair follicular development and suppress follicular response to gonadotropins.

Studies on vaginal microbiota of healthy women have been carried out under the management of human microbiome project. Samples were taken from three different areas (introitus, mid-vagina and posterior fornix) of vaginas of 113 healthy, volunteer women, and these samples were analysed with the 16S rRNA sequencing.

It has been believed that ascending colonisation of upper genital system via vagina is associated only with pathological conditions until recently. Uterine cavity has been considered sterile for a long time due to cervical mucus involving high levels of proinflammatory cytokines, immunoglobulins, and antimicrobial peptides and functioning as a protective barrier. However, upward bacteria transport is possible in a healthy reproductive system. For example, when we placed radio-labeled 1-2 ml human serum albumin in the posterior fornix of vagina, these were observed in uterus two minutes later.

As mentioned before, parts (follicular liquid, endometrial cavity) playing a role in reproductive system and considered to have been sterile in the past have been understood not to be sterile and to have idiosyncratic microbiotas in molecular studies.

Similarly, to vaginal microbiome, it seems possible that imbalances in uterine microbiome can increase tendency to disorders such as infertility and pregnancy complications. Impaired uterine microbiome can cause early-late abortions, preterm labour and postpartum endometritis, affecting the reproductive system. Follicular fluids were studied during the oocyte retrieval for IVF, and differences were found in the composition of follicular fluid by diseases (polycystic ovary, endometriosis) and whether there is implantation.

If we were to accept effect of vaginal, uterine and follicular fluid microbiome on infertility, we would need to investigate possible treatment options. For instance, prophylactic antibiotics usage before embryo transfer in IVF cycles may reduce amount of microbial colonisation in upper genital tracts and be effective in pregnancy rates. Yet, contradictory research results have been reported to date.

As mentioned before, the most distinct characteristic of a healthy vaginal microbiome is the relative multitude of Lactobacillus. Beneficial effects of probiotic supplement on human health have been increasingly receiving recognition by physicians. Given the abundance and effects of microorganisms in reproductive system, it seems reasonable that beneficiary effects of probiotics might be positive on the reproductive system health. Since majority of bacteria in human body is present in intestines, great part of studies has investigated oral probiotics intake on intestinal health to date.

For the first time, Hilton et al. (1992) reduced the risk of relapse by seven times by giving 250 grams of yoghurt containing Lactobacillus acidophilus a day orally to the patients with recurring vulvovaginitis complaint. Later, it was shown that Lactobacillus rhamnosus inhibited the reproduction of Gardnerella vaginalis and candida albicans through high glycogen metabolism and lactic acid production in vitro. In recent years, several studies have been conducted on benefits of probiotic supplement and beneficial effects of probiotics directly on reproductive health are yet to be proven; however, orally-taken Lactobacillus rhamnosus and Lactobacillus fermentum have been shown to be hygienizing vaginal flora among 82 per cent of women with a vaginal dysbiosis history. Supporting the treatment with Lactobacillus rhamnosus and Lactobacillus reuteri following the antibiotics usage in bacterial vaginitis was reported to be increasing vagina-specific Lactobacillus iners and Lactobacillus crispatus. Based on these observations, certain bacterial strains can be utilised to regulate pre-conception vaginal microbiota, but further studies are required to find the ideal combination, dosage and way of application.

It was stated that probiotics might contribute to a healthy immune system as well as its contributions to the formation of a healthy microbiota in intestines. This result was based on the presence of quality meta-analyses supporting that probiotics can be used against conditions such as infectious diarrhoea, antibiotics-related diarrhoea and irritable bowel syndrome.