Biomarkers for neurodegeneration – diagnosis of Alzheimer’s and more 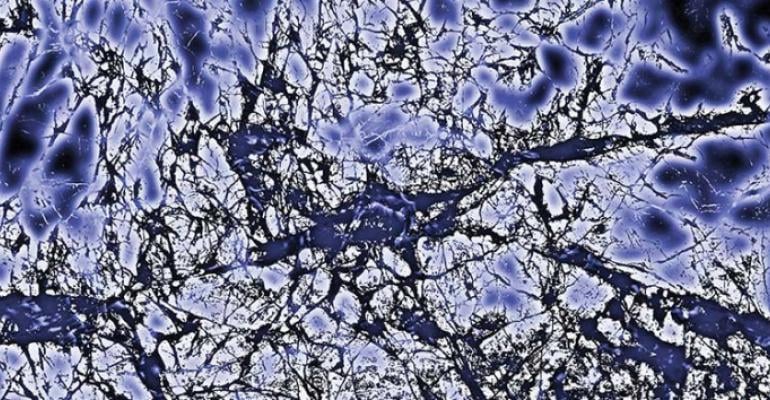 Neurodegeneration is the bête noire behind diseases such as Alzheimer’s disease (AD), Parkinson’s disease and motor neuron diseases (MND), as well as traumatic brain injury, depression and stroke. Neurodegenerative diseases can be difficult to diagnose, and reliable biomarkers are required to support the clinical evaluation and accelerate diagnosis. Beta amyloid and tau are classical biomarkers for AD, and their analysis in cerebrospinal fluid (CSF) is already an established component of diagnosis. Further biomarkers focussed on synaptic integrity are in the pipeline, while genetic risk assessment of APOE also plays a role in diagnosis. In MND diagnostics, a fledgling biomarker promises a faster route to diagnosis.

Neurodegeneration is an umbrella term for the progressive loss of the structure or function of neurons. The process of neurodegeneration can be regarded as a continuum (Figure 1). It starts with the misfolding of proteins, caused for example by hyperphosphorylation, which leads to the formation of oligomers. These form aggregates such as plaques, tangles and Lewy bodies. Plaques, which are deposited extracellularly next to the nerve cell ends in AD, consist of the protein beta-amyloid 1-42. Neurofibrillary tangles, located inside the nerve cells, consist of tau proteins. Lewy bodies are found in Parkinson’s disease and Lewy body dementia and consist of the protein alpha-synuclein. All of these aggregates cause damage to the neurons. This in turn results in loss of synaptic integrity or degeneration of the synapses, leading to cognitive decline and other neurological symptoms.

Biomarkers for neurodegeneration correspond to different stages of the neurodegerative process. For example, classical AD assays measure aggregates in CSF, which reflect the neuropathological changes in the brain. Synaptic protein biomarkers, on the other hand, provide a measurement of synaptic integrity and are thus assumed to be a more direct indicator of cognitive impairment.

AD is characterised by loss of neurons and synapses and is the most common cause of dementia in old age. The risk for developing AD doubles for around every five years after age 65, with 30% of persons over 90 suffering from the disease. The disease is divided into three consecutive phases, the preclinical stage, the mild cognitive impairment (MCI) stage and the dementia stage. As the disease progresses, patients become increasingly frail and suffer from confusion and hallucinations among other things. On average, the life expectancy after onset of symptoms is seven to ten years.

Definitive diagnosis of AD is challenging and requires evidence of the neuropathological alterations in the brain. A diagnosis of probable AD is based on the clinical signs of memory loss and behavioural changes and the exclusion of possible reversible causes. Imaging techniques such as MRT, SPECT or PET (amyloid detection) are used to support differential diagnostics. Analysis of biomarkers in CSF aids diagnosis, especially in the early stages, and helps to discriminate AD from non-AD patients. CSF biomarkers employed in routine AD diagnostics include the beta amyloid proteins 1-42 and 1-40, and total tau (T-tau) or phosphorylated tau (P-tau).

Concentrations of T-tau and P-tau increase when patients show advanced neurodegeneration and cognitive impairment. Diagnostic guidelines for AD recommend determination of T-tau or P-tau alongside beta amyloid 1-42. T-tau is a marker of unspecific neuronal damage, which occurs in AD but also in other conditions such as stroke. P-tau on the other hand is an AD-specific marker of tau pathology. P-tau assays measure tau protein phosphorylated at specific positions, for example at the amino acid threonine at position 181. Measurement of this analyte yields, for example, a positive predictive value for AD of 88% and a high negative predictive value of 91% (Table 1).

Synaptic proteins represent a new area of diagnostics in neurodegeneration. Determination of synaptic proteins can indicate when synaptic integrity, which is essential for cognitive function, is compromised. Two promising new biomarkers are the mainly pre-synaptic protein BACE1 and the post-synaptic protein neurogranin. Increased levels of BACE1 and neurogranin (truncated p75 form) in the CSF appear to correlate with cognitive decline. Assays for these biomarkers are currently used only in a research capacity. Studies are underway to elucidate the diagnostic and prognostic value of these parameters in a clinical setting.

Analysis of the genetic risk factor APOE aids differential diagnosis and early identification of late-onset sporadic AD. There are three alleles of the APOE gene, namely ɛ2, ɛ3 and ɛ4. Carriers of the ɛ4 allele have a higher risk of developing AD, while the ɛ2 variant is associated with a lower risk. Moreover, the risk of developing AD and the average age of disease onset depend strongly on the ɛ4 gene dose, with homozygous carriers at highest risk.

MND are rare but devastating diseases characterised by degeneration of the upper and lower motor neurons. The most frequent form is amyotropic lateral sclerosis (ALS), also known as Lou Gehring syndrome, which has a prevalence of 2 in 100,000 persons. The cause of MND is still unknown. Damage occurs directly to the axons, and manifestations include muscle weakness, cramps in the arms and legs, dysphagia and dysarthria. As the disease progresses, symptoms spread and become more intense, finally leading to complete loss of autonomy and ability to communicate. The typical survival is 3 years after disease onset, with the cause of death usually respiratory failure. Due to the subtle initial symptoms, MND have a long time to diagnosis, usually over 12 months. Thus, laboratory diagnostic tests are urgently needed.

An up-and-coming biomarker for MND is phosphorylated neurofilament (pNf), which shows an increased level in MND, especially in ALS. Determination of pNf in CSF is helpful for diagnosis of MND and differentiation from MND mimics such as polyneuropathy, myopathy and sporadic inclusion body myositis. pNf parameters which are relevant for diagnostics are the heavy (pNf-H) and the light (pHf-L) subunits. A study on patients with MND, MND mimics or non-MND revealed that pNf-H and pNf-L are able to differentiate MND from AD, whereas the markers T-tau and P-tau were not able to achieve this distinction. The pNf parameter is currently at the gateway between research and routine diagnostics and will soon be added to diagnostic guidelines for MND. It is anticipated that routine determination of pNf will enable faster diagnosis of MND and may also prove useful for prognosis.

Protein biomarkers such as beta amyloid 1-42, beta amyloid 1-40, T-tau or P-tau, BACE-1, neurogranin (truncated p75 form) and pNf-H can be determined in patient CSF using a panel of aligned ELISAs, which were developed by EUROIMMUN AG in collaboration with ADx NeuroSciences. The ELISAs are based on a sandwich principle, whereby the respective analyte is bound by a highly specific capture antibody and then detected using a labelled secondary antibody. This matrix-independent approach ensures high consistency in results. The protocols for the different ELISAs are aligned and require only 4 hours, so analyses can easily be completed within one working day. Lyophilised calibrators and controls provide convenient test performance, high precision and clinical accuracy. The ELISAs are automatable, allowing CSF diagnostics to be easily integrated into the automated routine operations of a diagnostic laboratory.

Genotyping in AD can be carried out using DNA microarrays such as the EUROArray APOE Direct. This assay provides fast and simple determination of the three APOE gene variants ɛ2, ɛ3 and ɛ4 in a single test with fully automated data evaluation. The procedure utilises whole blood samples, eliminating the need for time-consuming and costly DNA isolation, while integrated controls ensure reliability of results. Thus, molecular genetic analysis can be easily incorporated into laboratory diagnostics for AD.

The global burden of neurodegenerative diseases is increasing continuously, particularly in countries with aging populations. The number of cases of AD worldwide is expected to increase from the current 44 million to 66 million in 2030 and 115 million in 2050. Similarly, cases of Parkinson’s disease will grow from 11 million cases today to 35 million by 2050. Due to the devastating nature of these diseases, early diagnosis is critical to enable therapeutic intervention and organisation of adequate care. Alongside classical CSF biomarkers for AD, novel markers for synapse pathology are set to enhance diagnosis and prognosis. Biomarkers for Parkinson’s disease (e.g. alpha-synuclein) are also on the horizon. As neurodegeneration remains at the forefront of cutting-edge research, the portfolio of biomarkers for neurodegeneration will continue to grow, enriching the diagnosis of AD, MND and Parkinson’s disease, as well as further conditions such as traumatic brain injury, depression and stroke.