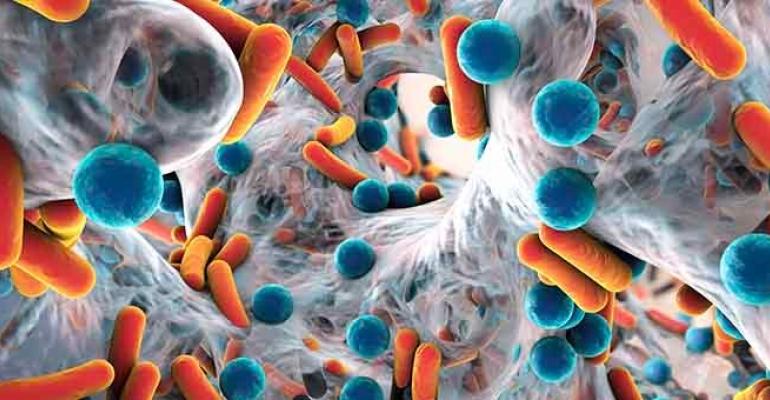 Antibiotics Use and Misuse, a new conference track at MEDLAB 2018, featured engaging expert-led sessions that discussed the latest developments, innovations, and the corrections necessary to meet the critical need of tackling antibiotic misuse

In the words of Prof Alexander Fleming, although he discovered penicillin on the morning of 28 September, 1928, even 14 years after this groundbreaking discovery, he was still experimenting to investigate the effect of the drug on bacteria. In his Nobel Lecture in 1945, he was already warning of the effects of bacteria getting resistant to the new drug. This is now one of the biggest challenges facing medicine today. Fleming was aware of the possibility of bacterial resistance and his expectations about the emergence of resistance to antimicrobial agents became a real fact because of use and misuse of antibiotics, which developed now to a global public health problem. This is even more of a problem as many bacteria today are becoming resistant to antibiotics at a faster rate than science is able to develop new antibiotics.

Over the past 25 years, the bacteria Mycobacterium tuberculosis, Staphylococcus aureus and Escherichia coli, among many others, have begun to show a resistance to antibiotics, a situation that threatens global public health. According to David Payne, head of Glaxo Smith Kline’s (GSK) antibacterial discovery performance unit, says, “There are documented cases where people have infections caused by bacteria that are resistant to all the available antibiotics and the mortality in those patients is very high”.

According to Aly and Balkhy, in an article published in 2012 in the journal “Antimicrobial Resistance and Infection Control” about the prevalence of antimicrobial resistance in clinical isolates from Gulf Cooperation Council countries (GCC), they reported that within 20 years (1990-2011) E. coli and Klebsiella pneumonia were the most prevalent reported microorganisms by GCC countries with resistance data.

According to the 2014 Review on Antimicrobial Resistance, chaired by Jim O’Neill, former Goldman Sachs chief economist and UK government Treasury minister, if antibiotic resistance is allowed to increase at its current rate, it is projected to cause up to 10 million deaths a year globally by 2050. Later, and according to the 2016 report by the Review of Antimicrobial Resistance, also chaired by O’Neill, there are now an estimated 700,000 deaths worldwide from drug-resistant infections. About 50,000 of them are in Europe and the US.

As there are no simple solutions to microbial resistance to antimicrobial agents, it was heartening that MEDLAB 2018 as part of its strategy to spread awareness about this global challenge organised a conference titled ‘Antibiotic Use and Misuse’. The conference was a highly anticipated new MEDLAB track that featured engaging expert-led sessions aiming to address the challenges currently being faced concerning antibiotic use within the region, and globally. The conference brought together a group of scientists dedicated to understanding and overcoming the use and misuse of antibiotics. The conference fostered the sharing of ideas between investigators at the forefront of their field as well specialists, in both speaker sessions and panel discussions. Alongside this, the event discussed the latest developments, innovations, and the corrections necessary to meet the critical need of tackling antibiotic misuse as investigators and experts presented their research and promoted applications of results and resources.

Participants convened at the Dubai International Convention and Exhibition Centre, Dubai, UAE on February 8, 2018 to: (1) Review the key and current national and global approaches to antibiotic use enabling sustainable, effective and appropriate use of antimicrobial agents; (2) Recognise both emerging and reemerging resistant pathogens to increase awareness and improve handling of antibiotics; (3) Discover advanced infection control methods and alternatives to antibiotics in infection management to help reduce antimicrobial resistance in the region; (4) Evaluate antimicrobial stewardship efforts to advocate for better practice in regional healthcare establishments; and (5) Analyse the main challenges concerning antibiotic use and misuse within the region to better tackle these obstacles and to enable best practices in preventing microbial resistance.

Covering an extensive range of topics, specialists were not only guaranteed to be educated and bridge gaps in knowledge, but also had an unparalleled opportunity to liaise with the leaders in the field. The different expert presentations and panel discussions of the conference were targeted towards fulfilling the broad objectives as follows: