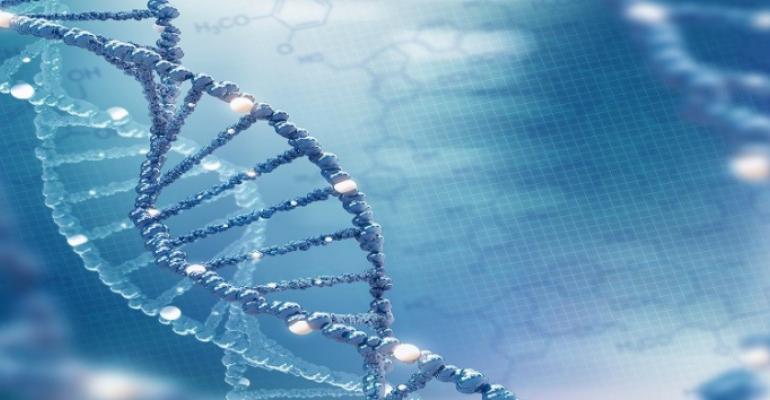 Prof Carlo Pappone, Director of the Department of Clinical Arrhythmology and Electrophysiology at the Policlinico San Donato Research Hospital in Italy, describes the state-of-the-art techniques developed for handling complex and advanced arrhythmias | Jan 16, 2020

With 4,000 procedures per year including 3,000 ablations and 1,000 device implantations, the number of interventions by Prof Carlo Pappone’s team at the Policlinico San Donato Research Hospital and San Rocco Clinical Institute (San Donato Hospital Group) is the largest in the world for an electrophysiology laboratory. But it is not just the number of cases treated that makes the Department of Clinical Arrhythmology and Electrophysiology of Policlinico San Donato (San Donato Milanese, Milan) one of the leading centres on an international level. The quality of the procedures and the predisposition for innovation attracts patients from all over Italy and overseas, and doctors from all corners of the world visit the hospital to learn how to use the state-of-the-art techniques devised by Prof Pappone.

A pioneer in the field, Prof Carlo Pappone created what is known as the “Pappone approach”, a method that describes how to identify and eliminate atrial fibrillation circuits and establishes the criteria for validating its efficacy. Today, circumferential ablation of the pulmonary veins, described by the “Pappone approach”, is the most widely applied technique in the world for the treatment of persistent and chronic atrial fibrillation.

Atrial fibrillation is an acquired form of arrhythmia, a disease that strikes an increasingly large proportion of the population aged over 50 years, due to ageing of the heart and, in particular, its electrical system. “Arrhythmia upsets a magical balance in our lives. Every day our heart beats some hundred thousand times, and the magic lies in the fact that we are not aware of it. On the contrary, if we have arrhythmia we are well aware of it as it beats too quickly or slowly. This sense of malaise, called palpitation, may have different causes. We should worry about it if the heartbeat is too fast while we are resting or if it is too slow while we are exercising,” explains Prof Pappone.

“Atrial fibrillation, together with ventricular tachycardia, is a form of arrhythmia that can be acquired during the course of our lifetime, together with the typical aging of the heart. As the hearts gets older the electrical system may conduct the impulses more quickly or slowly. These are the two types of arrhythmia with the highest incidence rate in the world population, following the ageing of the population and the prolongation of life,” he says.

There are also other types of arrhythmia, present from birth or of genetic origin. “We are talking about paroxysmal tachycardia, abnormalities that develop in the embryo, causing irregularities in the conduction of the heart’s electrical system. These individuals may suffer accelerations in their heartbeat up to 200-250 beats per minute, but these forms of arrhythmia are benign and have no clinical consequences. The genetic forms are much more serious: it is written in their DNA that they could suffer arrhythmia episodes at a certain point of their lives, predisposing them to the onset of complex ventricular arrhythmia and even a risk of sudden death,” elaborates Prof Pappone.

The various forms of arrhythmia are not all treated in the same way, but with specific techniques according to the mechanism that causes them. “Radiofrequency ablation is the most widely adopted technique in the world and, in most cases, actually cures the disease. It is applied both to congenital arrhythmia and to ventricular tachycardia, atrial fibrillation and atrial tachycardia. Through special mapping systems, the arrhythmic circuits – that is, the points where the electric pulses are conducted more or less rapidly - are located and defined and the normal electrical stability of the system is restored using radiofrequency waves,” explains Prof Pappone.

Excellent results have also been obtained in patients suffering from Wolff-Parkinson-White syndrome, where Prof Pappone, together with his team, is the historical pioneer in its treatment by ablation. Through observation of the patients in the electrophysiological study and the elimination of the short-circuits responsible for the arrhythmia, which is often asymptomatic, the recovery rate has reached levels of about 95-99%. There are, however, forms of arrhythmia that cannot be eliminated but have to be managed by implanting a device. “This is the case of patients suffering from ventricular fibrillation, in whom we implant a defibrillator, a small device that detects arrhythmia and automatically eliminates it, thus preventing a heart attack. On the contrary, for atrioventricular blocks, the only possibility is to implant a pacemaker to restore normal cardiac conduction,” he explains.

The progress made in arrhythmology has led to a cure being found for the most widespread forms of arrhythmia and now gives hope even to patients suffering from rarer diseases, that are not easily diagnosable and often, a cause of sudden death. The scientific studies in progress at Policlinico San Donato trace out the challenges for the future. “We have discovered that many genetically encoded forms of arrhythmia are expressed at certain points of the cardiac muscle, and that they can be identified using advanced mapping systems. These electric abnormalities do not give any signs of their existence for most of the patient’s life and only manifest themselves once. Therefore, they cannot be prevented or treated because many of the patients affected are not aware of them. This is why, today, all over the world, around three million people die of a sudden heart attack; 60,000 in Italy alone. We are convinced that we can identify these patients before the disease is manifested because we have discovered how to diagnose the condition. We believe this to be an epoch-making discovery: we could offer a cure to many young people otherwise destined to die early and suddenly,” reveals Prof Pappone.

Widely regarded as the pioneer in the field of treatment for Brugada Syndrome, he says, “Our group has opened up a Pandora’s box on potentially lethal forms of arrhythmia, which strike the population aged between 15 and 35 years. It was discovered for the first time at Policlinico San Donato that these genetic diseases – until now considered simple electrical disorders – are fully-fledged diseases in which an anomalous gene encodes a substrate situated at a specific point of the heart, in its outer part, that is the epicardial region of the left or right ventricle. For the first time in the world and in the history of medicine, a technique has been devised to identify these substrates and eliminate them with radiofrequency waves, thus curing a patient suffering from this genetic disease. Until two years ago, this was considered an impossible objective for science. Now, at Policlinico San Donato, in about three years, over 250 patients suffering from Brugada Syndrome have been cured. Numerous doctors coming chiefly from Asia – a continent on which this disease is widespread –now visit our laboratories to learn the technique.”

The next objective seems to be closer to science fiction than reality: to penetrate into the “magic” of the heartbeat to predict and prolong a person’s life span. “We believe that, as time passes, areas with impaired functions of the cardiac muscle can develop due to electrical abnormalities and that these regions can become larger over the years, thus causing our heartbeat to slow down progressively or stop suddenly,” he elaborates. “By studying the genetic expression of the electrical activity of the epicardium, we can map the outer part of the heart, identify the damaged regions and, through the application of extremely superficial electromagnetic waves, teach the cells how to communicate with one another correctly, so as to prolong their lives. It is a target that we have set ourselves over the next three years.”

It appears evident that the integration between specialised medical skills and the use of advanced technology is the winning combination for obtaining new clinical and scientific results. “The arrhythmologist of the future will certainly be a heart specialist with in-depth knowledge of cardiology. Unlike all other organs, the heart is the only organ that functions with an electrical current and, to think about it, the only one that moves autonomously inside the body. An electrical machine must be understood and treated by an electrician, and this is why the figure of the arrhythmologist is crucial for the treatment of diseases that have this origin,” he explains.

It is the ideas that stem from the experiences of arrhythmologists that are providing the input for multinational companies to develop increasingly advanced, precise and personalised technologies and instruments. From the mapping systems for studying the heart to the instruments used for the treatments (catheters, devices and software), most of the technologies currently used in electrophysiology laboratories all over the world are said to have originated from collaborations between Prof Pappone’s Arrhythmology and Electrophysiology laboratories and the leading companies. “Today, we are talking above all about technologies aimed at determining the mechanisms that lie at the basis of cardiac arrhythmia, a change in policy with respect to the traditional orientation towards interventionism. Knowledge of the mechanisms that cause diseases lie at the basis of progress in every field and will enable us, in the near future, to obtain more effective treatments, applicable in the short term, which can reach all the patients in the world,” he says.

In fact, the high costs of electrophysiology determine an inhomogeneous distribution of the treatments. “For arrhythmia, there is no scientific democracy; rather, it is a monopoly of the richer countries,” opines Prof Pappone. “In some developing countries, the discipline does not exist and many children die of forms of arrhythmia that would have been extremely easy to cure in Europe. Policlinico San Donato has a robotic system capable of performing operations at a remote location: today, an operation could be performed on a child in Africa simply from a desk in our lab using a mouse. The child, in a lorry fitted out and set up as a laboratory, could receive the electrical impulses transmitted directly from our hospital. I sincerely hope that this project will be implemented over the next few years because I firmly believe that everyone, wherever they are born, should have the same opportunities in terms of longevity and quality of life.”