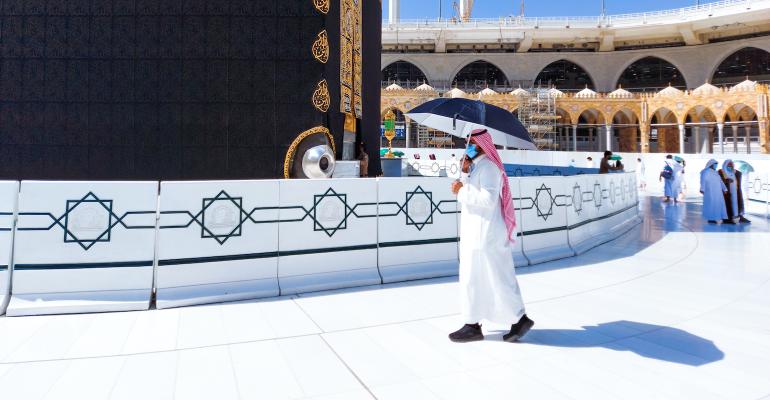 While real-time PCR (RT-PCR) remains the gold standard for diagnosing COVID-19, every country is conducting assays in accordance with its own national guidelines, posing a problem for virologists, according to Professor Zaki Monawer Eisa, who leads the Weqaya Saudi Center for Disease Prevention and Control, Jazan Branch.

“We all expected the WHO to lead,” he said, but the reality is that the organisation was “a little bit late” and so each country initially took its own course in areas that included diagnosis and treatment, before guidelines slowly began aligning around the world.

The China CDC rules in their guidelines, for example, that RT-PCR tests of 40 cycles showing a value of 37 or less should be reported as positive, while if the result falls between 37 and 40 the sample should be repeated (if the value is 40, or if there is no value, the test is negative).

Other country guidelines stipulate however that a value ranging between 37 and 40 should be confirmed negative, which he believes to be “personally wrong” – tested individuals will go out and freely infect others.

With many countries presently in a race to produce a vaccine, he warned of “serious issues”, one of which was the fast-tracking of vaccine development (he wasn’t sure why this was happening specifically). Prof Zaki stressed this approach was “dangerous” for safety, as any new vaccine must first go through many stages before distribution.

Furthermore, storing a vaccine at -70c or lower will present a complication for some countries worldwide that are unable to maintain such a low temperature transporting vaccines between cities and from town to village.

In terms of who receives vaccinations first, Prof Zaki said he believed that people working for health authorities, individuals showing risk factors for chronic diseases and anyone over 60 should be prioritised above the remainder of the population.

Going forward, he continued, enzyme-linked immunosorbent assays (ELISA) will be added to measure the efficiency of a vaccine. This will involve the analysis of blood samples in the lab, looking for immunoglobulin M (IgM) and immunoglobulin G (IgG) antibodies.

Prof Zaki was “proud” that Saudi citizens cooperated so effectively in following instructions from the Ministry of Health or Saudi CDC, for example in respecting social distancing when going to the mosque (maintaining a two-metre gap) and wearing a mask; shopping mall security checking the temperature of visitors; and biggest of all, the Hajj, or annual Islamic pilgrimage to Mecca.

The Hajj, Prof Zaki explained, ordinarily attracts millions from around the world, and this has been postponed to next year.  The Saudi government was mature enough to make this decision, he said, and hopefully the event will be allowed to continue with the appropriate measures in place.

He added that, on top of this, no other disease has been affected by the pandemic in Saudi Arabia, owing to sufficient resources.

One reason behind Saudi Arabia’s effective cooperation was communication, with clear messages disseminated through channels including SMS, WhatsApp and even Snapchat, so that citizens behave appropriately.