Why Do Leaders Fail? 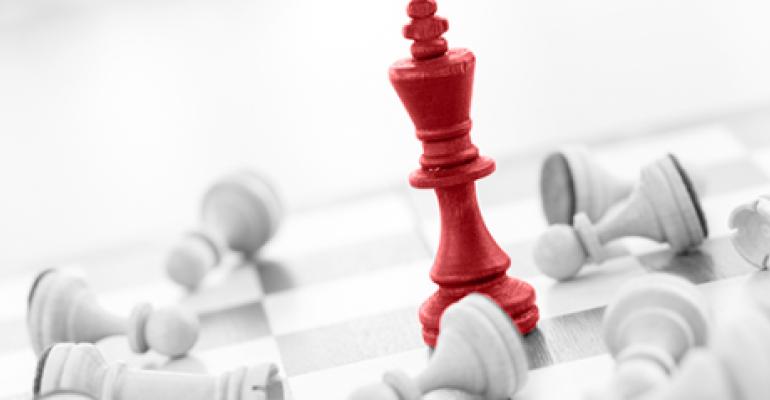 An Assessment of Pitfalls and Personal Traits of Leaders

Every man has his own Waterloo; and healthcare leaders are no exception.

Leadership is perhaps the most written about topic in management. With so much available on the topic, we still see a dearth of true leaders across industries, including healthcare.

Effective leaders can direct healthcare organisations and groups to deliver on their promises to their patrons and patients. Complex as it is, the healthcare ecosystem needs leaders that can bring the diverse workforce together and infuse enthusiasm and a larger purpose. The challenge amplifies when you see a perpetual rift amongst the various internal stakeholders in the healthcare ecosystem. The doctors, management, nurses, technicians, support staff, outsourced staff, etc., all form a part of a complex jigsaw puzzle. Effective leadership is the only way to ensure that all participating entities deliver collaborative service at the ground level.

Working with numerous leaders over many years, we have seen a wide range of styles and personalities amongst people who lead healthcare organisations. Each is fascinating and intriguing in its own regard.

As a famous management guru once said, ‘To change the direction of an organisation, change its leader[s].’ It can also be concluded with considerable certainty that change initiatives and execution failures can be attributed mostly to the lack of effective leadership and unity at the top level.

What causes leaders to fail? Why does the CEO or the managing director, who are supposed to steady the ship, sometimes end up raking it beyond repair?

There are several traits that the boards and promoters need to watch out for among their leadership teams. After all, the most crucial investment that directly determines business results is the investment in leaders. Years of experience have led to a list of traits that create unsuccessful leaders:

Prisoners of the Ivory Cage: These are the leaders who walk into the office every day and seldom walk out of it before the day ends. They remain glued to their chairs and spend the entire day in the same room. Needless to say, they are poorly connected to reality and do not have a lot of hands-on knowledge of their organisation. They can’t leave their comfort zone and meet the waiting patients, nurses and doctors. Majority of these leaders are introverts and do not have deep relationships with their peers and subordinates. They hide behind the screen of the desktop and remain confined to the ivory and wood of the plush office.

Turf Warriors: This breed of leaders is persistently attempting to wrest power. They usually have a set of people loyal to them. The inner coterie they have includes informers and advisors on how to grow the influence and power for their ‘gang’ within the organisation. Most of the close advisors also have their own agendas and self-interests that they promote through the leader. Often, the organisation gets divided into clusters, each trying to claim victory over the others.

You witness abrupt changes in roles, and reporting of managers is common. This derails execution and strategy before any results are achieved. Eventually, the organisational goals are quickly replaced by individual agendas. Politics and manipulations rule the day, and the organisation suffers.

Walk Over the Conflicts: Organisations are wired for conflict. That is the very nature of any enterprise where people work together to achieve pre-set objectives. However, many leaders prefer to walk over the conflicts and do not deal with them head on. They think that the conflicting parties will resolve it themselves and that they are too busy to play the ‘agony aunt’ role. We recently met a hospital CEO who said he doesn’t want to bring the skeletons out of the cupboard and he expects the people to manage this aspect on their own. He said that, in his opinion, everyone on the team is a professional and they should handle these kinds of situations on their own. What he forgets is that the two department heads are also human beings with egos and fears. There is a lot at stake if the two factions do not unite. The performance of the leader and, hence, the hospital he leads depends upon how united the department heads are for the common cause.

On a Mission Without a Vision: These are workaholics but without any direction. They do a lot of work affecting the short term, but have failed to create a mid- and long-term direction for the organisation. They want to do everything under the sun, even if it is not remotely connected to organisational growth.

The day is packed with a lot of action. Back-to-back meetings and a lot of talk takes place daily. Everyone seems to be in a hurry to go somewhere. People stay back long after the office hours are over and make their teams stay back as well. You may get emails from them as early as 6 a.m. or as late as midnight. The fallacy that they will take the organisation far is soon broken when people realise that most actions are not connected to any long-term plan. There is no end goal, only directionless actions.

Megalomaniacs: These are the leaders concerned only with the glamour and fame that comes with leading a bunch of people. You can sit with them for hours and listen to the stories of their heroic exploits. They are on a never-ending journey of proving how great they are. ‘Me’ is the only topic that they seem to discuss. This behaviour springs from deep-rooted insecurity. The feeling of ‘I am not really good enough’ works overtime in the background as the person tries to prove how great he or she is.

These leaders try to make headlines in the trade publications. We know of some healthcare CEOs who unabashedly forward their press coverage and conference photos to a long list of contacts on Whatsapp. One look at their social media and you can easily conclude if the leader falls in this category. The organisations that these people lead do not usually have a strong second line of leaders. Moreover, you will often see organisational objectives being sacrificed for the benefit of this individual.

Bring Me the Yes Man: You can see these leaders surrounded by a group of sycophants all the time. They sing praises about the leader and agree to everything that he says, even if it means that they contradict themselves. The leader gives in to flattery and allows his judgement and decisions to be clouded. Any criticism is met with rejection and even scoff. People who ask questions are soon removed, under one pretext or another. People with low self-esteem usually give in to the flattery and want to be praised. They can never make good leaders.

Impatient: Some leaders do not seem to have time to wait for anything. Although there is little time to get things done in the corporate world, most management actions require deep thinking and prior analysis. They hire the wrong doctors, promote the wrong administrators, buy the wrong equipment at the wrong terms and open facilities in wrong places, just because they do not think anything through. Some of these decisions can cost the healthcare organisation heavily, and some of the losses can be irrecoverable. In short, someone who wants everything done yesterday jeopardises the tomorrow of the healthcare organisation.

Denial Mode Leader: At the other end of the spectrum is the leader who sits on decisions in perpetuity. He never decides anything, thereby delaying all action. These leaders are very good at giving reasons and justifying things. They keep mulling upon numerous ‘what-if’ scenarios. They are also good at giving you the run around if you want something to happen. Soon the teams realise that nothing is going to move forward. They either keep pace with the leader or they go away.

Day Dreamers: Occasionally, we have come across leaders who live in a fantasy world of their own. They are not bothered by anything that might have a bearing on the future of their organisation. These people are usually very intelligent and have a good creative instinct, but all of that is pointed in the wrong direction. They are mostly busy with unrelated thoughts about the future. The dreams may range from buying the next-generation equipment (which is irrelevant anyway) to changing the organisational structure (which was just changed a few months ago).

About-to-be-stabbed Syndrome: In other words—paranoia. This was known as the disease of the kings. Many rulers would spend a lot of energy tracking down real or imaginary assassins and plotters. Some leaders in healthcare and other industries are victims of the same syndrome. They are always on vigil, often at the cost of the organisations’ growth and efficiency. Most of the productive time is spent seeking out often non-existent conspirators.

The next generation of leadership is either non-existent or becomes stagnant under these leaders. They do not encourage career growth of their juniors, and are poor trainers and guides. As a result, people do not look up to them for direction. Most of them, in the end, fall prey to what they had always feared—conspiracy. Eventually, the board has them removed for lack of performance.

I Know it All: We call it the IKIA syndrome. This is very common, especially in healthcare. Some victims of this syndrome are highly qualified doctors who land in management leadership roles. The main damage is done not only by limited knowledge, but by the resistance to learn anything new. They are dismissive of anything that will add value by saying that they already know it. Poor listening costs dearly, not only in terms of organisational growth, but also in terms of relationships at work.

If you are leading a hospital or a healthcare group, please consider whether you fall under any of these categories. Most people will find some faction of the above-listed elements in their leadership styles. If you find yourself saying, ‘I don’t fall under any such category and I am doing perfectly fine,’ you may be heading for a pitfall.

The path to victory begins with awareness and we invite you to look into your patterns of managing people, irrespective of your job title. There will be enlightened leadership at the end of the tunnel for all of us.