When Healthcare Becomes a Business Who Do We Protect First: Patient or Revenue? 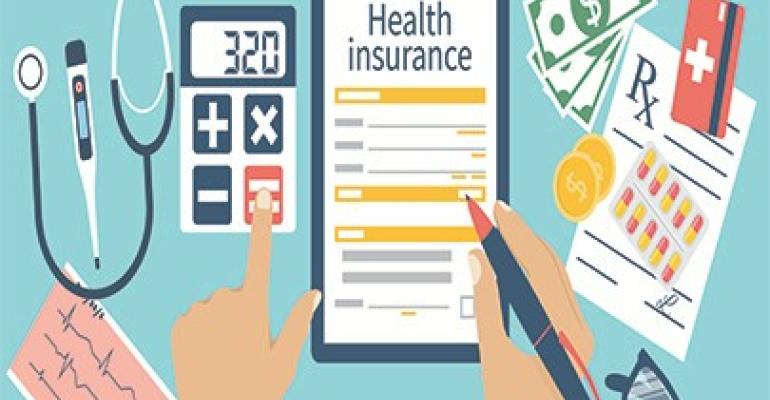 The answer should be easy, but it is not, and it becomes more and more complicated as the medical industry continues to flourish.

Everybody knows healthcare is expensive. And as science and technology continue to advance, medical devices and treatments are becoming more sophisticated and certainly more expensive. Even more, the costs are naturally and artificially increasing in order to cover not only the medical service per se but also medical education, research, pharmaceutical industry profits, luxurious hospital buildings, etc. The last addition to the medical cost is the insurance industry profits. Worldwide, healthcare spending is increasing but the rate is very much different and not necessarily reflected in the quality of care or population health status.

For the relation between patient and doctor to even exist, few more additions are necessary e.g. nurses, laboratory, pharmacy and auxiliary services, such as cleaning, laundry, catering, safe/protection, IT, maintenance, etc.

The more complex the structures are, the larger the managerial team, including HR, marketing, quality control, and so on and so forth, will be. All these are built and sustained by patient-doctor binomial.

From the financial point of view, a healthcare entity can be categorised as either non-profit (generally administered by government) or profit making (typically private). While the non-profit hospitals largely accept and treat all ranges of age/social/pathology and diversity of patients, the profit-making hospitals have the tendency to treat selected population groups.

While the non-profit hospitals – under the umbrella of national plans – concentrate to reduce costs and maximise population health, the profit-making hospitals focus on reducing costs and maximising profits. Even so, the difference in the strategic targets should not impact the quality of clinical care.

In many EU countries, strict laws and regulations ensure that profit healthcare organisations are not a threat for medical ethics, traditional mission and values of healthcare, and the autonomy and ideals of the medical profession.

So, Who Is Paying?

There are more than 200 countries on our planet and each struggle with its own healthcare problems and cost cover. In some countries the burden is shared between the patient and the government in different scales of participation. In others, the patients cover all treatment costs through lifetime instalments paid through taxes or insurance companies, or ad-hoc at the point of service.

Generally, there are four systems which are applied with some local variations:

It is named after William Beveridge, the social reformer who designed Britain’s National Health Service (NHS). In this system, healthcare is provided and financed by the government through tax payments, just like the police force.

Many, but not all, hospitals are owned by the government. In Britain, you never get a doctor’s bill. These systems tend to have low costs per capita, because the government, as the sole payer, controls what doctors can do and what they can charge.

Countries using the Beveridge plan or variations of it include Great Britain, Spain, most of Scandinavia, New Zealand and Hong Kong. Cuba represents the extreme application of the Beveridge approach; it is probably the world’s purest example of total government control.

It is named after Prussian Chancellor Otto von Bismarck, who invented the welfare state as part of the unification of Germany in the 19th century. This system uses an insurance system – the insurers are called “sickness funds” – usually financed jointly by employers and employees through payroll deduction.

Bismarck-type health insurance plans have to cover everybody, and they don’t make a profit. Doctors and hospitals tend to be private, but tight regulation gives government much of the cost-control clout similar to the single-payer Beveridge Model. The Bismarck model is found in Germany, France, Belgium, Netherlands, Japan, Switzerland, and, to a degree, in Latin America.

This system has elements of both Beveridge and Bismarck. It uses private-sector providers, but payment comes from a government-run insurance programme that every citizen pays into. Since there’s no need for marketing, no financial motive to deny claims and no profit, these universal insurance programmes tend to be cheaper and much simpler administratively than American-style for-profit insurance. The single payer tends to have considerable market power to negotiate for lower prices. The classic NHI system is found in Canada, with variants in Taiwan and South Korea.

Only the developed, industrialised countries – perhaps 40 of the world’s 200 countries – have established healthcare systems.

This model applies to most of the nations that are too poor and too disorganised to provide any kind of mass medical care. The basic rule in such countries is that the rich get medical care; the poor stay sick, die, or have some medical care depending on urgency and ability to afford.

Where Does The Doctor Stand?

The intellectual, emotional and psychological challenges a doctor faces day-by-day are extremely complex. Medical decision is one of the most intense brain processes, involving memory, situational analysis, perceptions, emotions and sometimes instincts, not to mention that this exercise is done multiple times in a day in an expected empathic way. There are in addition education, teaching, coaching and leading/managerial activities. New applied technologies require one of the fastest professional adaptation.

This is a profession where quality is demanded to the highest and there is no place for error or second chance. Historically, the doctor-patient relationship was built on equal trust and need. A doctor had a large grade of independence and his/her name or reputation was mostly based on clinical results, ethical behaviour and community recognition.

As societies developed, the health systems changed gradually to an extent where the doctor become a crushed layer between the patients and the medical organisations.

The doctor is faced with a dilemma of being a patient advocate but at the same time needing to respect and represent the hospital interests. Although intermediary structures were created to ease medical reporting and deal with the revenue, they are rarely appropriately and adequately staffed or have enough expertise. They usually have limited decision making authority and ultimately refer all problematic cases back to doctors.

How Is A Patient Protected?

Overtime, various mechanisms were created to safeguard the patient during the tenure of medical care. They are all oriented towards medical units headed by doctors. Each hospital, each national policy maker or administrator, produce an impressive amount of quality checks and indicators to protect the patient once medical care has been initiated. Loss of health due to medical error is amply analysed, and ultimately, guilty or not, doctors usually face the blame.

There is no tool to evaluate or ensure quality of medical care when there is no actual treatment offered. This means nobody can protect the patient against barriers in accessing medical help. Unaffordable medical care or refusal of treatment from insurance companies make far more victims than medical errors; and no one quantifies this.

How Are Hospitals Ensuring Revenue Protection?

Both non-profit and profit, hospitals aim for a positive financial balance. Various services, internal or commissioned, were put in place to ensure this task. The more sophisticated and competent the service, the higher costs for operation. Mind that this operational price is paid by the doctor’s service, which the doctor will afterwards be scrutinised on for productivity.

Positive and negative incentives were created in order to stimulate doctors to work hard. Enforcing volumes before quality typically increases income but is detrimental to clinical accuracy and evidence based best practice.

Whenever a profit insurance company is collaborating with a profit hospital and either of them has an unusual high revenue, there will be a large element of suspicion and distrust.

Who Is Protecting The Doctors?

Interestingly, in spite of having minimal or no quantitative targets for doctors in public sector and self-imposed plans in private sector, the majority of European countries own the most developed health systems (WHO Report 2000, 21 among first 25 are European). The U.S., where the productivity obsession applies, occupies the 37th position worldwide while having the highest spending.

In the majority of European countries there are professional organisations (physician colleges or councils) that are authorised to judge medical errors. They are independent, and their expert decision cannot be overruled by individual hospitals, Ministry of Health or court. Unless intentional crime is proven, a doctor cannot be judged under criminal laws.

These are also countries where physicians feel most secure and protected. In the U.S., in case of medical liability, the hospital’s defence strategy may or may not include a doctor, depending on financial loss. Reloading the initial question, the answer should be simple, but it is not. It is therefore fair to say that every system has and may use enough tools to encourage and protect doctors in making the right decision.