UAE is Set to Become Hub of Medical Tourism 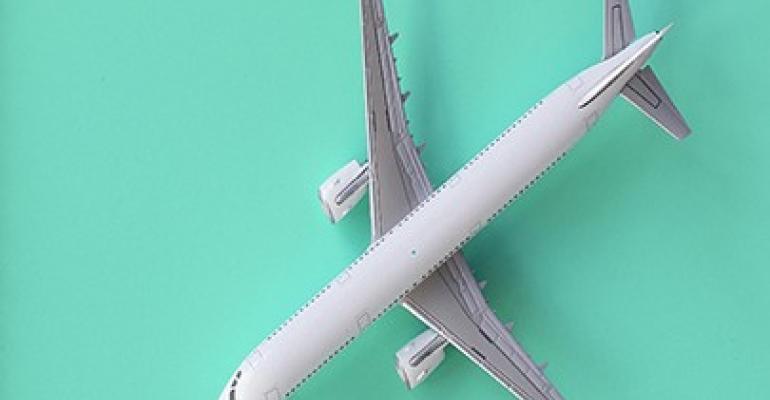 Over the last decade, the healthcare industry has emerged as one of the most critical sectors for pursuing economic diversification in the GCC. Governments have started looking at private sector involvement as an alternative to sustain healthcare funding since oil prices started dipping. Public-private partnerships are being promoted, mandatory insurance coverage rolled out and private players being encouraged to set up facilities. The sector is also undergoing a structural shift as a younger, more health-conscious population is seeking preventive care rather than curative care.

Medical tourism is known to be growing across global markets, with estimated annual revenues of US$50 to US$65 billion and an annual yearly growth of approximately 15 to 20 per cent. Many countries in Asia like India, Singapore, Thailand, South Korea and China are investing millions of dollars to support the increase in demand for access to quality care across borders.

Abu Dhabi is already gearing up for the race. The Department of Culture and Tourism – Abu Dhabi (DCT) recently signed a memorandum of understanding with the Medical Tourism Association (MTA), a non-profit organisation that aids healthcare providers and governments in creating successful medical tourist programmes. Both entities will partner to promote Abu Dhabi as a medical tourist destination in markets such as Russia, China and the GCC, with focus on specialty areas like cardiology, oncology and executive screenings. The aim is to become the region’s leading medical tourist destination.

The 10-year agreement includes the opening of the MTA’s first office in Abu Dhabi, as well as the hosting of the World Medical Tourism and Global Healthcare Congress in Abu Dhabi next year, with hundreds of experts and organisations from more than 100 countries expected to take part.

The campaign will highlight specific areas of medical excellence like open-heart surgery and cancer treatment, which are not common in the region. The emirate also plans to add a ‘tourism touch’, with packages that offer discounts on attractions for families accompanying the patients.

Dubai too is upping the stakes. The medical tourism industry generated more than AED1.4 billion for Dubai in 2016. The city received 326,649 medical tourists, an increase of 9.5 per cent over the previous year. The most popular areas of treatment for medical tourists last year were orthopaedics, dermatology and ophthalmology.

At 37 per cent, Asian medical tourists were the largest segment of visitors. Arab and GCC countries were the second largest market, accounting for 31 per cent of tourists, and visitors from Europe accounted for 15 per cent of the total.

The reason why medical tourism is increasing rapidly is the rising healthcare costs in western countries and the lack of insurance coverage for certain procedures. People are willing to travel to other countries to seek medical, dental, and surgical care that is not available, or they cannot afford at home.

By 2030, older persons are projected to account for one in six people globally. The ageing population is estimated to grow by 56 per cent from 901 million to 1.4 billion, which is clearly a growing market. By 2050, the number of people over the age of 80 would reach 434 million, having more than tripled in number since 2015. With these figures, there is obviously an enormous potential market for medical tourism.

Global healthcare spending is projected to increase at an annual rate of 4.1 per cent in 2017-2021, up from just 1.3 per cent in 2012- 2016. Ageing and increasing populations, developing market expansion, advances in medical treatments, and rising labour costs are expected to drive spending growth.

Life expectancy is estimated to increase by more than a full year between 2016 and 2021 — from 73 to 74.1 years — bringing the number of people aged over 65 to more than 656 million, or 11.5 per cent of the total population. Much of the gain in life expectancy globally is due to falling infant mortality rates.

According to a 2015 Deloitte report, healthcare spending growth in North America is projected to rise by an average of 4.6 per cent annually up to 2019, largely driven by expanded insurance coverage in the U.S. under the Affordable Care Act. Canada is projected to see even faster spending growth during the same period — 4.8 per cent annually — reflecting its older population.

The same is true across the world. Take Germany as an example. The gradual ageing of its population — more than 20 per cent is aged 65 or older (behind only Italy and Japan among OECD countries) — is expected to increase demand for treatment of conditions related to old age and for elderly care.

Along with improvement in medical environments and hygiene, Japan has become a country with one of the longest lifespans. However, the rapid improvement in the mortality rate has combined with the decline in birthrate to cause a major skew in the composition of the population, resulting in Japan having the largest population ratio of persons aged 65 years or older in the world. Furthermore, Japan is expected to become the most rapidly ageing society in history, with the population aged 65 years or older in the Tokyo metropolitan area increasing by 27 per cent in only 10 years from 2010.

However, the healthcare infrastructure in developed countries is not growing in line with the ageing population and this will increase the demand for travel for care. The resulting stress on the social health delivery systems in regions like EU and countries like the U.S., Canada, Japan, UK, China and South Korea will be advantageous for medical tourism hubs like the UAE. Patients with higher disposable income would be able and willing to travel cross border for care.

The time is ripe for UAE to take the lead in health tourism too. But for this it will have to beef up the existing infrastructure. However, the UAE has a strong health regulation framework, which has helped ensure quality healthcare, a catalyst for medical tourism. Investment in the medical sector from both the government as well as the private sector is also supporting related economic growth, with the UAE accounting for 26 per cent of total GCC government health care spend in 2016, according to an Alpen Capital report.

Medical tourism is expected to contribute US$708 million to the GDP by 2020, with 13 per cent predicted year-on-year revenue growth, according to the Dubai Health Authority (DHA), which is in the process of adding 40 primary healthcare centres and three new hospitals under its 12-year master plan.

Pharmaceuticals and medical equipment are also two of the priority sub-sectors listed under the 2030 Dubai Industrial Strategy, which aims to promote the emirate as a global platform for knowledge-based, sustainable and innovation-focused businesses.

The UAE Ministry of Health plans to have 34 indigenous pharmaceutical manufacturing factories by 2020. The market value of UAE’s pharmaceutical industry is projected to go up from AED9.5 billion at present to AED25 billion by 2025.

Forty-five healthcare providers are listed in the portal, which can also be downloaded as an Android app. Over 400 different healthcare packages are on offer. Discounted airfares, visa services and hotel partner recommendations are also a part of the package.

International tourism is at an all-time high, with as many as 1.32 billion tourists recorded to have travelled internationally in 2017. These tourists either go on holiday, or for reasons such as relocation and new jobs. This demonstrates a huge opportunity that global health insurance companies can tap in to.

Having said that, the low levels of awareness about the benefits of global health insurance in several emerging markets, which also significantly feed into the medical tourism segment, continues to be a challenge. There needs to be concerted effort to realign the perception of affordability over need-based health services, which can only happen with a consistent and focused effort to educate and inform.

Throughout Europe, Middle East and Asia, the volume of international patients has been growing in the past 15 years, with developing countries gaining a larger market share. Healthcare spending is on the rise across the globe, and governments are increasingly realising the importance of investing in healthcare to drive patients to their country. In the UAE, more and more private players are being encouraged to enter the healthcare sector. These investments are necessary to make the country more attractive for medical tourists. Clearly, countries that focus on building the right quality of care at the right cost and supporting infrastructure will win in this space.

One of the most crucial factors that makes the Middle East an ideal medical tourism hub is its strategic location. The UAE, for example, is only an eight-hour flight away from two-thirds of the world’s population. That is part of the reason why the country, and particularly its commercial hub, Dubai, is on track to becoming a global medical tourism destination.

The need to build world-class healthcare is one of the pillars of the National Agenda, and the UAE government is driving massive efforts to ensure seamless collaboration to build an effective healthcare system. This opens a valuable opportunity for global service providers to exchange expertise and capabilities. From improving healthcare experiences, to raising awareness on effective health coverage and health management, they must seek to address some critical gaps in the region’s healthcare sector.

One of the most significant drivers of growth in medical tourism, apart from an ageing and growing population, is the high incidence of non-communicable diseases. In fact, the high prevalence rates of lifestyle-related conditions such as obesity and diabetes in the GCC suggests that many future medical and wellness tourists may be from neighbouring countries. To meet this demand, we must also focus on developing healthcare experiences that are focused more on wellness, as opposed to a treatment-based approach.

The healthcare ecosystem is made up of various stakeholders, from providers to regulators and insurance service providers. The development of a successful medical tourism hub is extremely dependent on each of these elements combining their strengths to offer a seamless, integrated healthcare experience. Access to global coverage and local expertise serves to support medical tourism in regional markets.