Treating depression and anxiety in an age of technological advancement 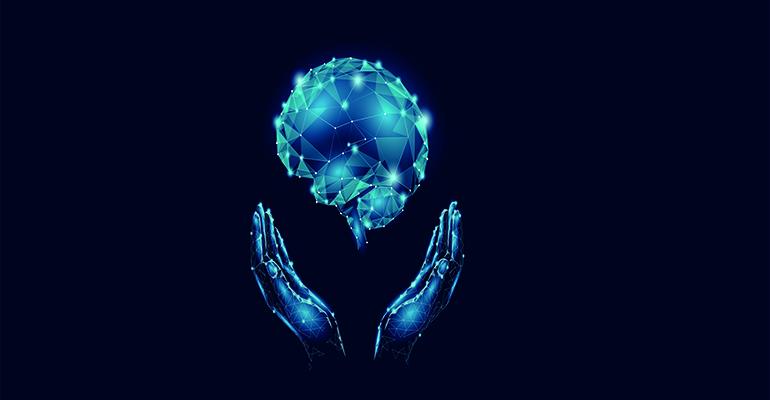 Depression can convince people that they shouldn’t continue to live, leading to suicide, which claims close to 800,000 lives every year.

Mental ill health affects more than 450 million people worldwide and encompasses a variety of conditions such as depression, anxiety and low self-esteem. Reports highlight how, in the last 20 years, mental health problems and diagnoses have been on the rise, specifically among the younger generation whose daily lives are increasingly influenced by technology and, in particular, social media.

While today’s ‘wired world’ has propelled them in a direction that is quite phenomenal in terms of opportunities and experiences, studies show it is also taking its toll on their ability to cope with the pressures of life. While the rapid development of technology on growth, development, socialisation, and society can be exhilarating and present unprecedented opportunities, there are also accompanying downsides, no matter our age. For example, while social media channels such as Instagram and Facebook can enable us to stay connected and share our thoughts and experiences with a ‘ready-made’ online community, they can also lead to many living a virtual life where face-to-face interaction is limited, avoidance is supported, and reality is misconstrued. This can create unrealistic and unattainable expectations of life, which fuels anxiety and can trigger depression, low self-esteem and a loss of individual value and confidence. There are 7.7 billion people in the world, with a massive 3.5 billion of us online. It’s therefore key that we are all aware of the risks that can accompany the technology-driven world we now live in.

The Priory Group is one of the leading independent providers of behavioural care in the UK, supporting more than 30,000 people a year. Its world-class experts treat more than 70 different conditions through a UK-nationwide network of more than 450 facilities that support individuals’ mental health, care, education and specialised needs. Within the Middle East, the Priory Group operates a Wellbeing Centre in Dubai; in Abu Dhabi, it has teamed with the Abu Dhabi Department of Education and Knowledge (ADEK) to run the first dedicated autism school for Emirati students.

While the prevalence of depression in the Arab and Gulf regions varies substantially between published studies – ranging between 13 to 18 per cent – they all consistently highlight the prevalence of higher rates of depression among women than men – in some cases the rates among women are double that of men. While worrying, this is typical of the global average. According to the World Health Organization (WHO), the rate of depression is 50 per cent higher for females than males. Associated links are drawn to societal factors and the greater likelihood of women experiencing sexual and physical abuse.

Cultural beliefs tend to affect people’s attitudes toward mental illness and their willingness to come forward and seek help. In fact, reports reveal how nearly two-thirds of people with a known mental disorder never reach out for support from a health professional. The underlying cause of this can be attributed to stigma, discrimination and neglect – factors which exist in many communities and prevent an open and honest conversation about mental ill health.

However, despite this, there is also a growing awareness of the signs and symptoms of mental ill health and the need to seek help early, which is having a positive effect on diagnoses and treatment and bodes well for the future.

In the UAE, steps are being taken to both recognise and tackle the magnitude of mental health disorders in the region and ensure its prominence in its health agenda. The Dubai Health Authority (DHA), for example, launched the first comprehensive mental health strategy for Dubai in 2018. The strategy, entitled ‘Happy Lives, Healthy Communities’, is a major step towards raising community awareness and removing the stigma attached to mental health. Such initiatives can help to normalise people’s attitudes towards mental health and highlight the importance of seeking timely care. Anxiety disorders, for example, often begin in early life, and therefore prompt intervention is key to combatting the long-term repercussions.

While the definitions of depression and anxiety do not change according to geography, gender or across age groups, studies show that they differ in clinical presentation. Anxiety, for example, is more prevalent in females and symptoms include a higher prevalence of co-morbid depression with the anxiety. Patients tend to display more agoraphobia (a type of anxiety disorder in which you fear and avoid places and situations that might cause you to panic and make you feel trapped) and usually present in a chronic state. Additionally, while studies show how men tend to seek psychiatric help at an earlier stage, they also tend to participate in higher rates of substance use to ease their symptoms.

Depression – identified by WHO as the leading cause of disability and ill-health worldwide – manifests in various ways. While sadness is an emotion that everyone experiences, there are some individuals who experience such overwhelming feelings of sadness that it affects their ability to function in their daily lives. If ignored or left untreated, symptoms such as decreased energy, feelings of low self-worth and disturbed sleep, can become chronic or recurrent over time. At its worst, depression can convince people that they shouldn’t continue to live, leading to suicide, which claims close to 800,000 lives every year.

Depression also causes symptoms of anxiety, a mental disorder resulting from a complex display of biological and social factors. There are many types of anxiety disorders, ranging from generalised anxiety disorder, panic disorder, post-traumatic stress disorder, and social anxiety. Where stress comes and goes with the external factor causing it, such as work stress, financial difficulties and relationship issues, anxiety can persist irrespective of its cause. Symptoms can be physical, such as an increased heart rate, hyperventilation and increased perspiration. There are also behavioural and psychological implications which can cause feelings of detachment and fear.

Depression and anxiety can be treated and monitored using various techniques of mediation and therapy, and therefore access to the most relevant healthcare and support services is absolutely crucial to ensure recovery.

While medication and therapy have proven effective for many, some patients may require alternative treatments such as, for example, repetitive transcranial magnetic stimulation (rTMS). This is a non-invasive brain stimulation that provides an innovative drug-free approach to treating depression and is available at the Priory’s Wellbeing Centre in London. It offers patients an effective, evidence-based, alternative biological treatment, approved by the National Institute of Clinical and Health Care Excellence (NICE) and the U.S. Food and Drug Administration (FDA). rTMS has been tested in several hundred clinical studies worldwide and evidence shows a high and positive response rate in patients suffering from depression.

It is vital that the impact of mental ill health on both the individual, and society, is recognised. Thankfully we have seen an increase in awareness and understanding in recent years, which has helped to both destigmatise and normalise mental health conditions among cultures, genders and age groups. In turn, this has encouraged more people to reach out for help. It has also been encouraging to see insurance companies responding by increasing their provision for mental health treatment – financial constraints are a key obstacle, which prevent many people from seeking professional support.

Despite the progress made in recent years, there is still much more work to be done to banish many of the common misconceptions about mental ill health. Importantly, we need to create a common understanding that treatment is available, and that it works – action is the key to preserving our positive mental health and well-being.