HomeManagementTransforming a Hospital’s Culture Through Continuous Pursuit of Excellence
Recent
Can healthcare robots answer physical and emotional needs?
May 27, 2022
The deadly case of the Therac-25: a warning for medical AI
May 26, 2022
Innovation vital in the evolution of clinical trials
May 25, 2022
Emerging cases of monkeypox investigated
May 24, 2022
POLL
The essentials of personalised healthcare in low-budget regions
May 23, 2022
The Florida International Medical Expo gears up for landmark 2022 event
May 23, 2022
AI, big data, VR and blockchain expected to power patient-centric applications
May 20, 2022
Dubai Hospital launches ‘Da Vinci Xi’ surgical robot to perform robotic-assisted minimally invasive surgeries
May 19, 2022

Transforming a Hospital’s Culture Through Continuous Pursuit of Excellence 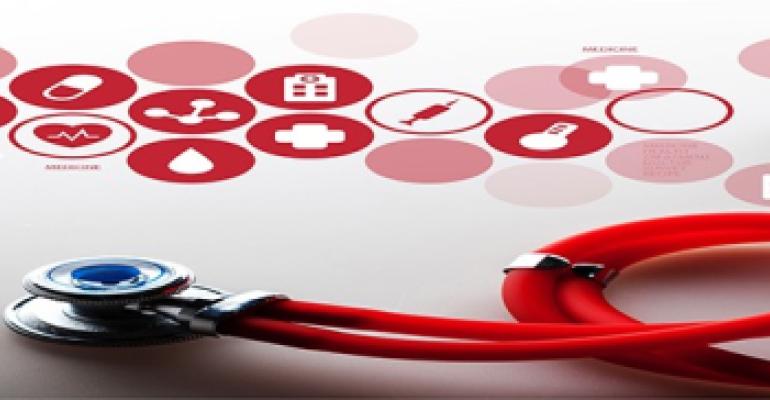 When confronted with a crisis, most hospitals mobilise their staff to put out the fire, offer congratulations all around and go back to their previous routine.

Rush University Medical Center in Chicago decided to transform its culture into one where the fires simply don’t get started in the first place.

After implementing the first stages of its new programme, the Continuous Pursuit of Excellence (CPE), “we are getting really tremendous results,” says Richa Gupta, MBBS, MHSA, Rush’s vice president for performance improvement and operational effectiveness, who has led the planning effort.

Employee engagement has improved across the board in those areas that were part of the first-year demonstration of how the system would work. In one inpatient surgical unit, patient satisfaction scores rose to 87 per cent in 2017, exceeding the target of 81.5 per cent. Employee engagement scores in the same unit zoomed from 42 per cent in 2016 to 61 per cent in 2017. Fewer patients experienced preventable harm at Rush in 2017 than in 2016, and more than one major equipment expense was averted.

After this first, yearlong test of its new way of approaching management of patient care, Rush leadership is convinced they can create an environment throughout the hospital in which satisfied patients and staff are the norm, mistakes are few, wait times are brief, and equipment is used so efficiently that less of will be needed over time.

An “Institutional Mindset Change”
CPE is not a project, it’s an institutional mindset change. “To do healthcare well, you have to use these improvement tools everyday in the continued support of excellence. This is how we are going to run our organisation,” Gupta says.
How has Rush developed this vigorous new approach? The hospital, which both Vizient and U.S. News & World Report consistently rank among the best in the U.S., is part of a relatively small cohort of hospitals so far to adopt a “lean” culture, while at the same time putting the well-being of the patient front and centre.

A Model of Efficiency
That term, “lean,” has many meanings. But this use originates in a distinctive culture rooted in respect for people and continuous improvement fostered by Japanese car manufacturer Toyota in its factories and even its suppliers. A lean enterprise works assiduously to reduce waste in every department and activity while maintaining peak production. The approach requires the engagement of employees from the top of the organisation to the bottom, and typically a re-imagining of the role of leadership as well. Lean values have made inroads in recent years into American business, education, and other industries; now they are coming to healthcare.

Rush executives have been thinking about making this change for a while. The hospital engaged JWA Consultants of Mercer Island, Washington., to assist in their “lean journey.” Senior managers travelled to a non-healthcare setting and a few different hospitals to see how the approach works, to understand the commitment and the “change in mindset” required, and to get a sense of the infrastructure and management system they would need to set up.

Then, Rush began its CPE journey. A primary goal of a lean culture is to “flip the pyramid” on its head, to empower the people who work closest to the point of care, with managers coming in as needed to support them.
“How do we get 10,000 problem solvers?” Gupta says, referring to Rush’s workforce. “Our frontline people know best what the problems are, and how to solve them. Managers don’t need to sit in offices telling people what to do; their role changes to supporting and coaching their teams.”

The lean system is a profound change from the traditional management style. “To tell leaders we want to lead differently is a bold ask,” Gupta says. “In most healthcare organisations directions flow from the top, but a lean culture really changes our role.”

Gupta’s staff implemented a new daily management system in the demonstration units, which gives structure and transparency to communications. A key innovation was the huddle, a daily event when the staff of a particular area gathers to assess what’s likely to come their way during the day. While CPE uses sophisticated methods to maintain its metrics, the heart of the programme is surprisingly low-tech, employing tools like colour-coded whiteboards to track how the day’s activities are progressing.

“In five seconds, from five feet away, you should be able to tell what’s going on in this unit just by looking at the board. Green dots signify smooth sailing; a blur of red is a day that needs management support to address issues,” Gupta explains. “The hands-on nature of the whiteboards helps staff engage. We want people to own what’s happening in their unit, to think about what they’re putting on the board. It’s meant to be very dynamic in nature.”

Rush staff are telling their managers that even though some have been working in healthcare for decades, they’ve never before been asked for their ideas about ways to systematically improve both the enterprise and their own daily work.

“They love it,” Gupta says of Rush’s front-line personnel. “We’re seeing an increase in staff engagement in CPE areas that’s far higher than the rest of the organisation. This system gets people to understand and own their work. It offers a totally different level of empowerment.”

CPE in Action
Although patient care is a hospital’s business, patients aren’t widgets; they’re full of surprises. While it’s easy to get caught up in the technical changes, Gupta says, “We’ve also had 19 per cent reduction in patient harm, and an increase in patient satisfaction.”

Bernard Peculis, Rush’s director of imaging services, notes that “in business, you can work to eliminate variants. In healthcare, every patient is different and has their own set of concerns. You have to see things coming, and be prepared to respond.”

Peculis has been in the thick of the early stages of the transformation at Rush. He heads up the diagnostic imaging department, which has 10 different sections. Of those, the MRI and nuclear medicine areas were among the test units for the CPE, and have been picking apart their processes and putting them back together for about a year now. “Those two units have seen some real gains in term of operations efficiency,” Peculis says. Four additional imaging sections joined the programme last fall.

Imaging is a major contact point for patients. “We want to ensure a positive experience,” Peculis says. “Then, we want to reduce the time it takes until the final report is available. We do this by minimising idle room or table time. As soon as one [imaging session] is done, the next patient is ready to go.”

In the past, the imaging department didn’t have a holding area. “The techs had to deal with issues with little or no warning. A new holding area has become critical to ensuring a smooth flow into the imaging area. It allows techs to get a sense of the patients as they present, and how they need to be prepared for their exams,” Peculis explains.

The results in the test areas have been impressive. Peculis anticipated having to acquire a fourth MRI machine, but he’s been able to defer that purchase. Instead, the department has substantially increased the number of patient tests per eight-hour shift on the existing scanners. “Historically, you’d have four to five cases per scanner on the first shift. Now, we’re doing seven to eight,” Peculis says. As a result, the wait time between a provider ordering a diagnostic test and the test starting has been cut from 16 to eight hours. Similarly, nuclear medicine personnel have rejiggered how they stack their work up through the day, and cut the number of cameras used from seven to three.

Empowering Employees
“It’s not just about the equipment, it’s also the staff,” Peculis says. “They’re focused on working efficiently. We’ve been so successful because our people are all engaged in taking accountability for the process.”

Like other Rush leaders, Peculis has seen his job change significantly with the implementation of the CPE, even though the initiative is relatively new. “I’ve had to get out of my head the concept that being in leadership means you need to have all the answers,” he says. “This is more about setting up an environment where people feel their feedback is valuable, and can drive change. It means being less directive and more supportive.”

Early on, it became clear that CPE doesn’t have an endpoint. “You just keep chipping away at obstacles as they crop up,” Peculis says. He especially appreciates the daily huddle, where everyone has a chance to “get their arms around what they have in front of them for the day. As a result, you’re less apt to have things blow up in your face.”.

Peculis is confident that CPE is worth the big changes it’s bringing to his department—and to Rush. “The end result is better service to the patient,” he says. “CPE is built around meeting and exceeding patients’ expectations about the care they receive.”