Is there a role for Chinese medicine in modern health treatments? 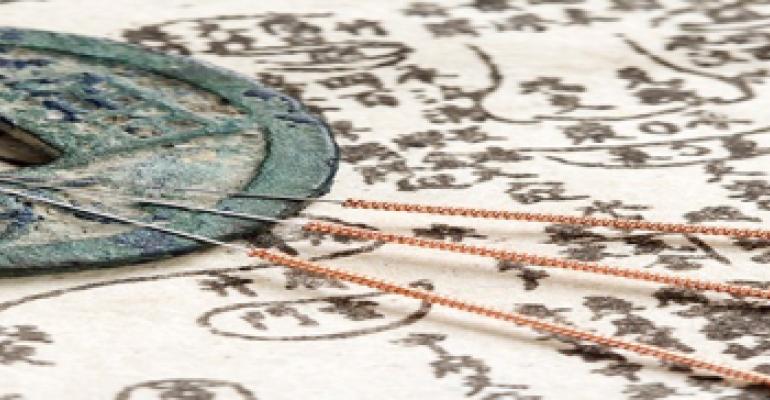 Traditional Chinese therapies have been popular in the West for some time, and this popularity is not showing signs of waning anytime soon. Millions of people outside of China use acupuncture, Chinese herbal therapies and other forms of traditional Chinese Medicine every year to treat ailments.

The question is, do these treatments work, if only to some degree? The medical community has long been sceptical about Chinese medicines, because the premises behind them are not based on scientific evidence. Few medical professionals would prescribe traditional Chinese remedies as a treatment for disease or ailment. However, do they have a role to play in combination with evidence-based medical treatment, as complimentary therapies? Let’s take a look at the arguments.

What is traditional Chinese medicine?

Traditional Chinese medicine, also known as Chinese herbal medicine, is a series of practices and treatments which date back more than 2,500 years. Rooted in the ancient philosophy of Taoism, Chinese medicines encompass not only herbal treatments to be taken orally, but also a range of therapies such as acupuncture, dietary therapy and tai chi.

One of the central tenants of traditional Chinese medicine is the belief in treating the whole self, because the physical body, mind and psyche are all interwoven. This is why a series of treatments may be recommended to treat a seemingly unrelated illness.

What does science say about Chinese medicine?

To date, there was been little targeted scientific research on the effectiveness of Chinese herbal medicine and therapies. This is partly due to scepticism among the scientific community, and partly because the holistic nature of these practices makes them difficult to study. There has been some research on the topic within China, however, where these practices are taught as a distinct subject from biomedicine.

There have been a number of scientific reviews on certain techniques and remedies in traditional Chinese medicine, however according to the U.S. health body National Center for Complementary and Integrative Health (NCCIH), they “were unable to reach conclusions about whether the technique worked for the condition under investigation because there was not enough good-quality evidence”.

The same source, however, reports that a 2012 analysis of 29 studies found that patients receiving acupuncture for back or neck pain, osteoarthritis, or chronic headaches reported better pain relief compared to patients who did not receive acupuncture.

The active ingredients in Chinese herbal medicines can be quite potent, therefore they should be used with caution. In particular, traditional Chinese treatments may be harmful if taken in too high of a dosage, or when interacting badly with other treatments. This is why, if traditional Chinese therapies are to be used, they should be prescribed and monitored by a physician who is knowledgeable on the subject.

Dangers also arise when Chinese herbal medicines are taken for uses other than those which are traditionally recommended in the practice. For example, ephedra or ma huang to the Chinese, has been used in traditional Chinese medicine for over 3,000 years as a remedy for respiratory issues. It became popular in the U.S. in the 2000’s as a weight-loss treatment, and, was banned by the FDA in 2004 after being linked to the death of professional baseball player Steve Bechler, who was using the herb to lose weight.

Another issue is that there is no guarantee of what you will receive. In the U.S., for example, Chinese herbal medicines are general listed as dietary supplements by the Food and Drug Administration (FDA). This means that they are not subject to the regulations and controls, which apply to medications, and manufacturers do not need to substantiate that their product has the effects as claimed. This means that although there are some authentic Chinese herbal products on the market, there are many which are poor quality, have little relation to traditional Chinese remedies, and/or are contaminated with pharmaceutical drugs, heavy metals or toxins.

Some health institutions and bodies acknowledge that traditional Chinese therapies may be useful as a complimentary treatment to mainstream medical therapies, for example to assist with easing symptoms of chronic diseases or helping to lessen side-effects of medication. The reputable organisation Cancer Research UK, for example, recognises that traditional Chinese medicine may assist cancer patients in combination with modern forms of treatment. They do take care, however, to stress that these treatments may interfere with cancer medications and so should only be conducted under supervision by a physician.

The major concern is around patients using Chinese herbal medicine or practices as an alternative to research-backed medical treatments and foregoing the latter, particularly in the cases of severe and chronic diseases such as cancer. A secondary concern is patients self-subscribing Chinese herbal treatments in doses which are too high and therefore dangerous or may have negative reactions with the other medications they are taking.

In this context, when medical practitioners are treating a patient who has expressed an interest in traditional Chinese medicine, they may do well to, rather than simply attempting to shut down the patient’s use of these therapies, seek to supervise and monitor their use in conjunction with the treatments they prescribe.