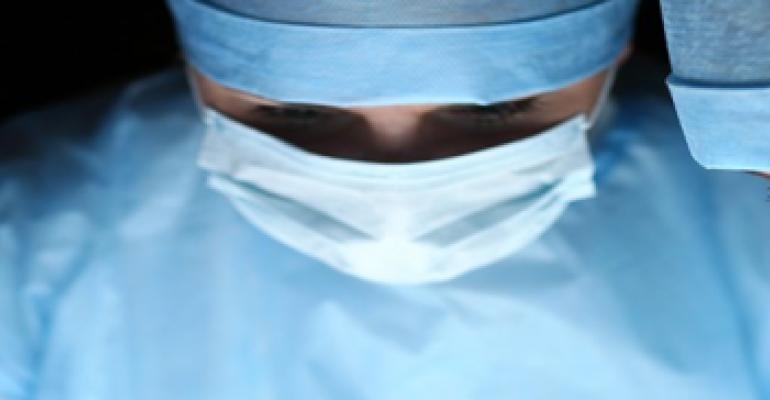 It’s not a matter of ‘if’ but it’s a matter of ‘when’ a mass casualty situation either human-made or natural will happen. This can happen anytime, anywhere in the world. In 2015, for instance, 346 disasters were reported worldwide, having affected 98,580,793 people and with more than 20,000 losing their lives. These events had a huge economic bill of US$66.5 billion.

All the developed countries have reserved a regular annual budget to simulate disaster preparedness activities of the healthcare system. During the last decade, the emergency departments have steadily become busier and crowded; at the same time, MCIs have become frequent and devastating. This current scenario has been recognised as a threat to MCI preparedness. Recent mass casualty incidents all over the world illustrate the unique challenges that such occurrences pose to normal hospital operations. The sudden, unexpected patient surges in case of MCI can overwhelm the hospital resources, staff and space.

Adequate planning at an organisational level is the key to optimise the response to unexpected events. “Failing to plan is planning to fail” is a particularly relevant aphorism for managing mass casualty incidents. Due to the recent surge in MCIs, governments and healthcare systems have a special focus on preparation for MCI management. But still, in a recent survey conducted by the American College of Emergency Physicians (ACEP), nearly all participants said their “emergency departments are not fully prepared for patient surge capacity in the event of a natural or man-made mass casualty incident”.

This review aims to provide the hospitals with an overview of MCI management principles, mainly pre- and post-MCI phases. The best practices of planning and  preparation are evolving and it is important to update current practices to provide a relevant action plan.

Incidents MCI plan is an agreed set of action plans used to prepare for, respond to and recover from such emergency situations. An MCI plan should be generic enough to be applicable to multiple risks, yet specific enough that each individual in the hospital knows about their roles and responsibilities.

There are three main phases of an MCI plan:

This phase aims to enhance hospital preparedness during MCI planning.

A. Draft a plan to deal with MCI:

An MCI plan development is needed at all hospital levels to ensure that common goals are set and methods are devised to achieve a favourable outcome in demand-critical circumstances. Developing such a plan requires active participation from the pre-hospital team (EMS), hospital management – both clinical and non-clinical teams. MCI plan should result in a clear definition of the roles and responsibilities of all the professionals involved. Joint Commission International (JCI) recommends “the hospital develops, maintains, and tests an emergency management programme to respond to emergencies, epidemics, and natural or other disasters that have the potential of occurring within their community”. Therefore, it is very important that the MCI plan of a hospital should detail the process, planning, and policies.

A MCI plan should include:

B. Vulnerability and capacity assessment:

The purpose of vulnerability and capacity assessment (VCA) — is to identify hazards or threats and their possible effects on communities, activities or organisations, and their capacity to prevent and respond to MCIs. It is vital that hospitals identify such threats at the local level so that it will allow institutions to prioritise their preparations and this facilitates rapid and relevant response specific for an MCI. However, it is not always possible to discover all the hazards in the community.

Making a policy and an action plan is not enough to deal with MCIs. It is very important that the professionals who are part of the MCI team should be appropriately trained and educated. This can be done in multiple ways. It also involves informing the medical professional of the appropriate responses for different types of emergencies. Training and education strategies may include workshops, tabletop exercises, courses, seminars, self-directed learning, individual tuition exercises, formal education programmes, conferences, and lectures.

Once the planning phase has been formulated, the next step is to devise MCI simulation exercises. MCI exercise is an instrument, which helps to train, assess and improve performance in protection, response, and recovery capabilities in a risk-free environment. The simulation exercise not only help to validate plans, policies and interagency agreements, but also helps to improve communication, clarifying roles, identifying shortcomings in the preparation.

In developed countries, it is common to do regular MCI simulation exercises. It is also common practice that hospitals involve specialised training agencies to execute and evaluate such exercises. It is very important that the objectives of such exercises should be very clear. These specialised agencies after exercise issue an evaluation report, which contains recommendations to improve the process. The idea to have this kind of simulation exercises is to improve MCI preparedness over a period of time. Evaluation reports should be objective, clear, reliable and credible.

Hsu et al., (2004) performed a systematic literature review and concluded that due to the lack of objective data (e.g., the data of hospital responses to actual MCIs are rarely made available to the public), the effectiveness of MCI drills, as a tool for hospital MCI preparedness is difficult to determine. Verheul et al., (2018) found that researchers have been unable to assess if the members participating in MCI exercises in the Netherlands learn from their participation. There are few other studies, which echoes the same conclusions. Therefore MCI simulation exercises of a hospital, should be validated and have objective tools to measure learning effects.

Another important debate about simulation exercises is that there should be no notice exercises. No notice exercise reduces the element of bias and reflects the true surge capacity and preparedness of an organisation. Hence, it is more useful than a typical planned exercise, which is usually highly choreographed. Planned exercises not only lack realism but also tend to limit the size of the surge.

Wexham et al., (2017) reported that they have conducted a successful no notice exercise that can be used by any hospital to assess its crisis surge capacity in the aftermath of a large-scale MCI. The U.S. Department of Health and Human Services (Washington, DC, U.S.), Office of the Assistant Secretary for Preparedness and Response (ASPR), in conjunction with the Hospital Preparedness Program (HPP), commissioned RAND Corporation (Santa Monica, California, U.S.) to develop this exercise.

Hospital response to MCI is the time to put all training and practices into live action by following the policies and guidelines developed in the planning phase.

Hospitals usually get notified about an incident by pre-hospital agencies and police. However, it is not always possible to anticipate the scale of the incident. Timely and accurate information will help organisations to develop a proportional response.

B. Activation of MCI Plan:

During MCI, triage at the hospital often leads to bottleneck as too many critical patients compete for limited resources, so it is very important that a senior emergency physician takes this responsibility. Primary triage should be performed on the arrival of patients, in a dedicated area, which is much larger than the usual triage area. The patient should be considered for secondary triage once some interventions have been made or more resources have become available. Tertiary triage is the least familiar triage category to hospital staff; it is usually performed on patients who have received advanced or ongoing interventions. It usually takes place in wards. Emergency room (ER) management should focus on providing resuscitation and stabilising the patients. Patients should be moved from ER once stable enough for definitive or damage control management, which depends upon available resources.

MCI plan activation leads to security augmentation, which not only restricts staff, patients and public movement but also provides a higher level of to staff protection. These kinds of security arrangements are especially important in biological, radiological and infectious emergencies. Inside the hospital, it is optimal to control entrances electronically whereas, outside the hospital, help from security agency or police should be sorted.

During an MCI it is important to nominate a person who begins to plan for the recovery phase while the MCI plan is still going on. This planning includes staff support, re-supply, discharge planning, patient transfers and demobilising surplus staff to return the facility to daily operations level once MCI plan is deactivated. MCI plan deactivation is a very important step. The incident commander and supporting staff should only take a decision after proper assessment.

Hospitals have a main role in MCI response. Once MCI or a simulation exercise is over it is important to analyse the response. Working of an institution during an MCI differs significantly than the working in a routine environment, which leads to a lot of pressure on the front line workers. Hence it is important that after every such event, a detailed review should be conducted, which will help to learn from both strengths and weakness of an MCI response. Post MCI reviews have the potential to enhance resilience and sensitivity of an organisation.

During an acute MCI, clinical care is focused on resuscitation and damage control. Once the acute patient influx is over, it takes days to weeks for an organisation to return to baseline. All the admitted patients will need further definitive treatments, which have a significant impact on day-to-day operations of the hospital. Hospitals will need to open more operating rooms and ICU beds to deal with the acute influx.

Increased logistic requirement needs to be met for days and should be continuously monitored. After MCI, rehabilitations start early as well, which includes medical health professionals including doctors, nurses, physiotherapists and occupational therapists. Depending on the type of incidents, patients may need frequent and long-term follow up, which adds additional work on a continuous basis. Traumatic experiences can lead to mental health issues in patients and families; hence, a continuous support is required to identify the people at risk.

The most important lesson emerged from recent MCIs is the effects of traumatic events on the physical and psychological health of the medical staff. Healthcare staff has been exposed to things they have never seen in the past. Hence, the organisation has to prepare to deal with the aftermath of such events. The medical staff’s response to these kinds of incidents are quite different, some will have a quick recovery while others take months to recover and have profound effects on their lives. Therefore, immediate staff support is of extreme importance along with a planned delayed interval response. Staff support is a critical component of medium and long-term post-MCI planning.

MCI provides continuous challenges to healthcare systems. These kind of incidents leads to lots of demand on the system and can create suboptimal conditions. So it very important to learn from national and international incidents and keep updating local MCI plans.