Stepping up the fight against Hepatitis C 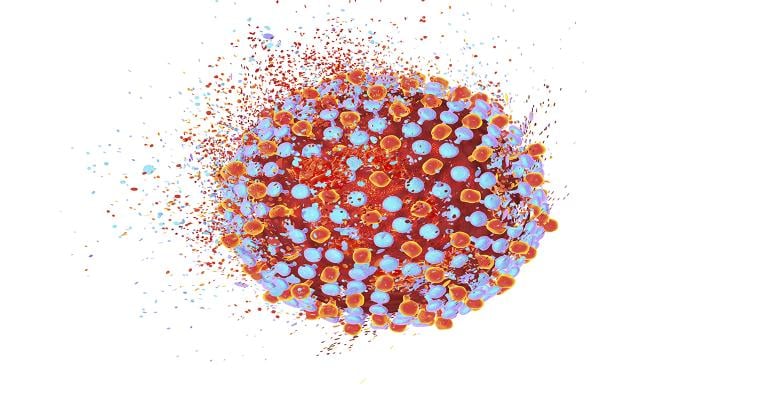 71 million people are infected with Hepatitis C virus (HCV) worldwide with 21 per cent of them in the MENA region.

Since the beginning of the COVID-19 outbreak, it has been widely reported that people who suffer from chronic diseases such as heart diseases, respiratory diseases and diabetes appear to be more susceptible to becoming severely ill due to the virus.

According to a new survey commissioned by Gilead Sciences, 52 per cent of UAE respondents highlighted that they have become more anxious about visiting a clinic or going for their regular check-ups due to the fear of contracting the virus. This is concerning as people who suffer from general ailments, existing chronic diseases and other health issues that require regular monitoring are at risk of delaying treatment and diseases such as Hepatitis C virus (HCV), for example, that requires laboratory testing to identify can go undiagnosed.

Related: World Hepatitis Day: fast-tracking the elimination of hepatitis B among mothers and children

Research shows that 71 million people are infected with HCV worldwide with approximately 21 per cent of them (15 million) reportedly in the Middle East and North Africa region, making it one of the most affected regions globally. However, the prevalence rate in the UAE is low (0.24 to 1.64 per cent).

In an interview with Omnia Health Magazine, Dr. Sameer Al Awadhi, President of the Emirates Gastroenterology and Hepatology Society, explained: “HCV is a serious liver disease, often with no symptoms, that can cause both acute and chronic hepatitis ranging in severity from a mild illness lasting a few weeks to a serious lifelong illness and is a major cause of liver cancer. While the prevalence of HCV is low in the UAE, early detection and treatment are essential in preventing health problems that may result from infection, as well as preventing the transmission of the virus.”

According to the Journal of Hepatology, Al Awadhi highlighted, a one-year delay in HCV programmes due to COVID-19 could cause excess HCV morbidity and mortality, with as much as 72,000 excess deaths predicted.

The survey further highlighted that close to 90 per cent of respondents admitted to not knowing what the symptoms are (tiredness/depression), 11 per cent know that it can be asymptomatic and only 20 per cent believe that it can lead to serious health complications. Moreover, just 13 per cent are aware of how the virus can be transmitted (mother to child, possibly shared razors, toothbrushes, etc.) and 15 per cent know how it can be prevented.

He shared: “From the Gilead survey, we can see there is a lack of awareness about HCV among the general public in the UAE, with only 17 per cent of respondents being aware of the virus. We have previously worked on several campaigns with the Ministry of Health and Prevention (MOHAP), including the ‘Ready to be Hepatitis C Cured’ which was launched in 2018. We continue to work closely with key stakeholders to increase awareness about HCV, as well as provide patients and their families with support throughout the treatment journey.”

A targeted approach to elimination

The UAE has focused on micro-elimination to target high-risk populations across the country. Micro-elimination is the process in which the most vulnerable populations within local communities, such as those who are incarcerated, patients who frequently receive blood transfusions or regions with relatively higher HCV prevalence, are targeted through multi-stakeholder initiatives. It has proven to be an effective strategy to achieve the elimination of the virus in various parts of the world, as it allows for the appropriate allocation of resources and support to local medical professionals who can tailor interventions to suit the need of a particular segment.

He added: “Micro-elimination is proving to be an effective strategy and we believe that the UAE is on track to eliminate HCV by 2030 in line with the World Health Organization’s (WHO) target. However, it is crucial for both the public and private sector to remain proactive in this domain, despite the ongoing pandemic, to achieve both national and global elimination targets.

“If we look at it more simply – at an individual level, the Gilead survey highlights that the majority of UAE respondents (80 per cent) are more likely to take action for their health if healthcare communications apply specifically to their health needs. The same concept applies to micro-elimination but is applied at an institutional level in the UAE.”

Furthermore, Al Awadhi stressed that technology has brought in a massive change to the way the healthcare industry operates, and the applications are vast.

“COVID-19 has accelerated the adoption of telehealth. This has made primary healthcare more accessible to those who are hesitant to visit healthcare providers for general ailments and routine check-ups whilst the pandemic is still active. It also offers healthcare stakeholders and providers the opportunity to simplify models of care and maintain micro-elimination efforts to enhance step by step HCV elimination efforts,” he concluded.

Advancing the science of digestive diseases

The Emirates Gastroenterology & Hepatology Society was formed in 1995 as a sub-speciality of the Emirates Medical Association (EMA) to advance the science and practice of digestive diseases through mutual professional interaction among doctors in the UAE with an active interest in this field. Currently, this forum has around 160 active members from various specialities like Medical and Surgical Gastroenterology, Paediatrics, Radiology, Pathology, General Medicine and Surgery. There are ongoing plans to do epidemiological studies, clinical trials and basic research to have authentic data on the common and relevant clinical problems in the UAE.

This article appears in the latest issue of Omnia Health Magazine. Read the full issue online today, covering cybersecurity in healthcare, the ongoing rise of telehealth and much more.