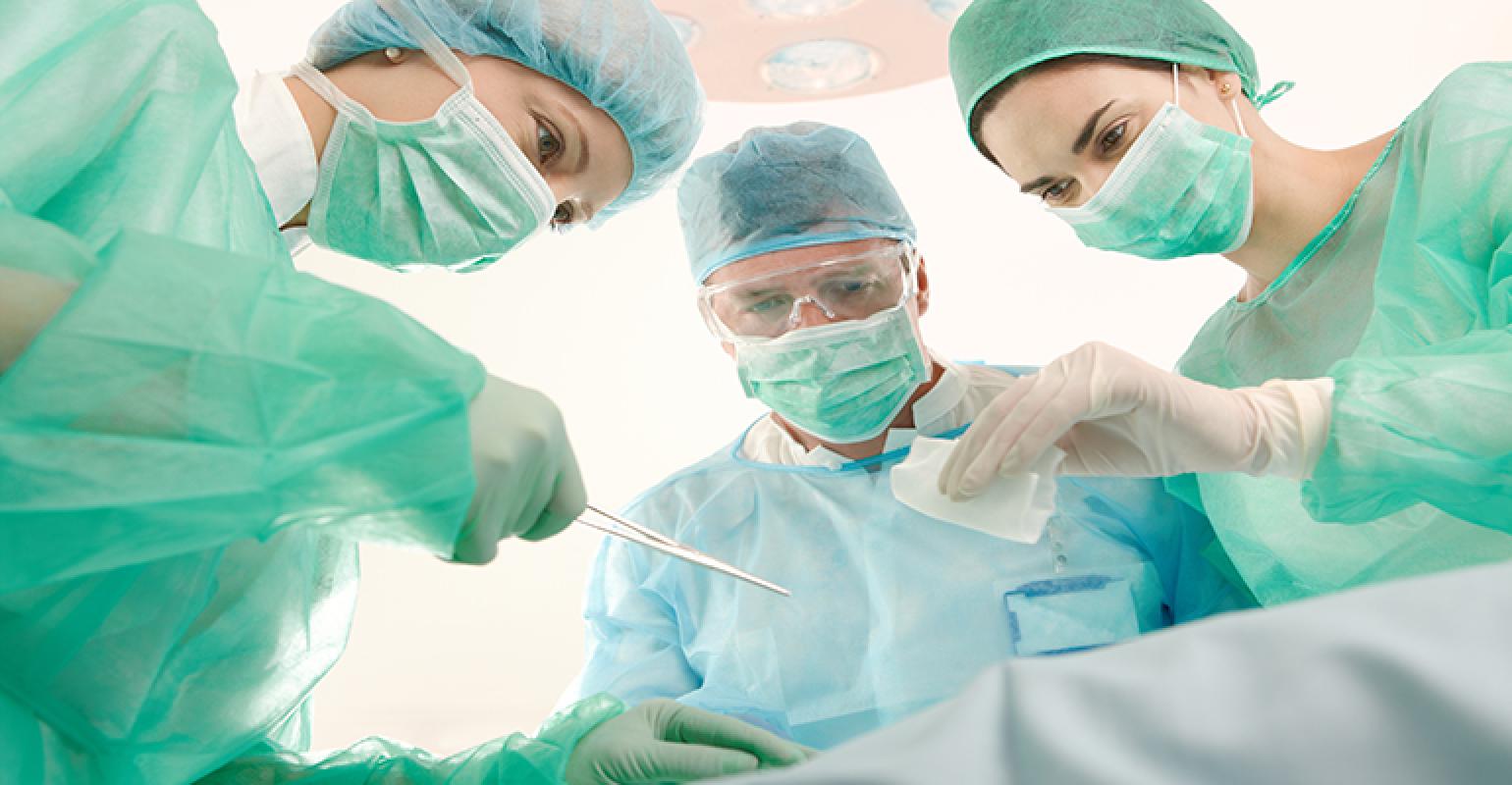 Focus on patient safety issues during the perioperative period with emphasis on the challenges encountered during surgery and anaesthesia.

In November 1999, the report To Err Is Human: Building a Safer Health System issued by the U.S. Institute of Medicine was launched. The report was based upon an analysis of multiple studies by a variety of organisations and concluded that between 44,000 to 98,000 people die each year as a result of preventable medical errors. This is more than those who die from motor vehicle accidents, breast cancer, AIDS, or Alzheimer disease, all causes that receive far more public attention. The report asserts that the problem is not bad people in healthcare. Instead, it is that good people are working in bad systems that need to be made safer. The report called for a comprehensive effort by healthcare providers, government, consumers, and others.

The present contribution will primarily focus on patient safety issues during the perioperative period with emphasis on the challenges encountered during surgery and anaesthesia.

Patient safety in the perioperative period

Adverse events during hospital admission affect nearly one out of 10 patients. A substantial part of these events is preventable. It has been shown that about half of all adverse events in hospitals are related to surgical procedures in the operating theatre. Interestingly, research into the occurrence of adverse events related to surgery and anaesthesia has started only relatively late. In 1957, the First Report on Confidential Enquiries into Maternal Deaths in England and Wales was published, and only in 1987, the First Confidential Enquiry into Perioperative Deaths Report was published. Commissioned jointly by the Association of Anaesthetists of Great Britain and Ireland and the Association of Surgeons of Great Britain and Ireland, 4,000 deaths occurring within 30 days of surgery during 1986 were analysed.

Although it is generally assumed that the introduction and widespread use of advanced monitoring technology such as end-tidal carbon dioxide monitoring and pulse oximetry has greatly contributed to improved patient safety, data seem to indicate that their routine use has resulted only in limited steps in improvement of perioperative patient safety. Indeed, monitoring tools are simply a tool and we now know that technical and non-technical skills and attitudes alike are necessary to reduce perioperative patient risks and improve patient safety by preventing avoidable mistakes. The use of checklists, communication, simulation and universal skills such as advanced life support etc., increase the likelihood of optimal outcomes.

1. Development of global norms and standards;

3. Promotion of mechanisms to recognise excellence in patient safety internationally;

4. Encouragement of research; and

5. Provision of assistance to countries in key areas.

The World Health Organization (WHO) has also undertaken a number of global and regional initiatives to address surgical safety. Safety of surgical care was the problem area selected for the second Global Patient Safety Challenge, in 2007–2008. This has resulted in the publication in 2009 of the WHO guidelines for safe surgery with the title: “Safe Surgery Saves Lives”. This document included a 19-items Surgical Safety Checklist, which was developed after extensive consultation aiming to decrease errors and adverse events and increase teamwork and communication in surgery. It is a simple tool designed to improve the safety of surgical procedures by bringing together the whole operating team (surgeons, anaesthesia providers and nurses) to perform key safety checks during vital phases of perioperative care: prior to the induction of anaesthesia, prior to skin incision and before the team leaves the operating room. The checklist has been implemented worldwide and its routine use has been associated with a significant reduction in perioperative morbidity and mortality.

Since its very beginning, the specialty of Anaesthesiology has been active in systemic attempts to improve patient safety. In 1992, the World Federation of Societies of Anaesthesiologists (WFSA) first published Standards for a Safe Practice of Anaesthesia. As part of the WHO’s Safe Surgery Saves Lives initiative in 2008, a work-group reviewed, revised, and updated the Standards, which were then endorsed by all national anaesthesia societies and published in 2010. The Standards were once again updated recently in 2018. While the fundamental Standards remained largely unchanged, an attempt has been made to reconcile these recommendations with those that have come from other entities writing about safe surgery, such as The Lancet Commission on Global Surgery and the Disease Control Priorities, 3rd edition. These standards are not intended to supersede the established national standards of any country. Instead they should primarily be considered as a resource for those countries that do not already have national standards and define minimum standards for any facility where anaesthesia is administered. To facilitate evaluation of facilities against these standards, a parallel Anaesthetic Capacity Checklist has been derived to allow anaesthetic departments, regions, or countries to assess their compliance and their needs (available on the World Federation of Societies of Anaesthesiologists’ [WFSA] website).

The International Standards for a Safe Practice of Anaesthesia were presented to the General Assembly of the WFSA in 2016 and unanimously endorsed by all national society members present. The document was also reviewed by the WHO Emergency and Essential Surgical Care Program and the Policy, Access and Use, Essential Medicines and Health Products Department.

Role of the European Society of Anaesthesiology in perioperative patient safety

The ESA Patient Safety and Quality Committee is very active in organising European Patient Safety and Quality Courses and Masterclasses and in promoting the Patient Safety Expert Network. The interest for the ESA patient safety initiatives extends far beyond Europe as can be observed on the Helsinki Declaration map. Many countries all over the world have signed the Helsinki Declaration. For instance, Australia, New Zealand and Canada have supported the Declaration since 2010; Latin America since 2012; the U.S. since 2014; and China and Japan since 2015. Many other countries have followed.

Signing a declaration is one thing; another issue is to really implement the principles of that declaration in daily clinical practice. In 2012, the ESA launched a survey among its council members and national anaesthesiology societies interrogating how three main aspects of the Helsinki Declaration were implemented in their national daily practices. The response rate was impressive, with more than 90 per cent of the member countries providing feedback. Interestingly, monitoring standards seemed to have been very well implemented in the majority of countries; however, the WHO guidelines and organisation of patient safety teaching and training facilities were significantly less well implemented in the various national practices. These data indicated that there is still a huge amount of work to be done to get all different aspects of perioperative patient safety implemented in our daily clinical practice.

What are main challenges for Europe in organising similar efficient and effective high-level standards for patient safety in all of its member countries? Although many problems will be similar to those in other places worldwide, Europe faces a major challenge because of its specific political composition of a conglomerate of individual nations with specific languages and healthcare system organisations. Indeed, the European Union consists of 28 member countries in which 24 different languages are spoken. As a mirror of this, the ESA, with its approximately 10,000 active members and more than 35,000 associate members, encompasses more than 40 different nationalities.

A 2012 report from the European Commission investigated the topic of Europeans and their languages. Some interesting observations were made. First, in accordance with the population, the most widely spoken mother tongue seems to be German (16 per cent), followed by Italian and English (13 per cent each), French (12 per cent) and then Spanish and Polish (8 per cent each). Interestingly, at a national level English is the most widely spoken foreign language in 19 of the 25 Member States where it is not the official language. The five most widely spoken foreign languages are English (38 per cent), French (12 per cent), German (11 per cent), Spanish (7 per cent) and Russian (5 per cent). It is to be underscored that only just over half of Europeans (54 per cent) are able to hold a conversation in at least one additional language, one-quarter (25 per cent) are able to speak at least two additional languages and only one in 10 (10 per cent) is conversant in at least three languages. It is obvious that the issue of diversity of language creates a huge challenge in terms of implementing common European initiatives such as patient safety directives in individual national daily practices.

Other problems are related to the differences in financial and human resources in the various European countries and the different organisation of the healthcare systems, all of which can influence standard of care. In 2012, the European Surgical Outcomes Study (EuSOS) group published the results of seven-day mortality after surgery in Europe. Astonishingly, a mean of 4 per cent, seven-day mortality was observed, ranging from 1.2 per cent to as much as 21.5 per cent depending on the country. This excess mortality seemed to be related to what the authors referred to as “failure to rescue”. In other words, patients died because of lack of identification and prompt treatment of adverse perioperative events. This failure to rescue seemed to be related to a lack of adequate resources, suggesting a direct relationship between improved patient outcome, patient safety and available human and financial resources.

This problem deserves further attention. One of the basic principles of the European Union is free movement of students, patients and doctors across borders. If one takes a closer look at the monthly salaries for board-certified anaesthesiologists in Europe, a greater than 10-fold difference can be observed between low-income and high-income countries. The result is a brain drain of board-certified anaesthesiologists from low-income (mainly Eastern and Southern Europe) to high-income countries (North-western Europe). The consequence is a lack of trained and skilled professionals in those areas suffering from the brain drain.

How is the ESA dealing with all of these challenges? Several projects are ongoing. Yearly, two or three guidelines are produced on various topics in anaesthesiology and intensive care, critical emergency medicine, pain and perioperative medicine. These guidelines are meant to provide recommendations for standard of care, which should help to bring practices all over Europe to the same level. In addition, they may help local care providers convince hospital administrations and healthcare officials about the specific needs to achieve these European standards of care.

The European Diploma in Anaesthesiology and Intensive Care (EDAIC) undoubtedly contributes to setting a universal high standard with regard to the knowledge and skills of anaesthesiologists worldwide. Programmes such as ‘mentor/mentee’ and ‘train abroad return home’ aim to allow professionals in low-income countries to develop their skills with the help of foreign colleagues/centres with specific expertise.

In line with the Helsinki Declaration Heads of Agreement 7 (need for research), ESA-supported research contributes to provide necessary data to update the situation on current perioperative morbidity and mortality issues and identify potential areas of improvement.

The Helsinki Declaration calls for routine measurement of safety in all anaesthesia departments. Because no generally accepted and sufficiently evidence-based set of anaesthesia quality/safety indicators exists, the ESA Patient Safety and Quality Committee has started the ESA Quality Indicators Project (EQUIP).

Patient safety is a concern of every person and society dealing with patient care. The ESA is committed to close cooperation with all anaesthesiology and other specialist societies involved in perioperative patient care. A good example of such cooperation is the International Forum on Perioperative Safety and Quality. This is a meeting jointly organised by the ESA and the American Society of Anaesthesiologists at their yearly scientific meeting. By attending meetings such as this, anaesthesiologists can take the opportunity to meet colleagues and gain new knowledge about fatigue risk management and about for instance the role of simulation for improving patient outcomes.

Finally, caregivers are not the only stakeholders when thinking about perioperative patient safety. Our industry partners and the different patient societies and movements are also important key players. In the end, major advances in patient safety can be achieved only when all stakeholders work together to achieve a safer patient environment.