Rising Healthcare Costs: Is There Light at the End of the Tunnel? 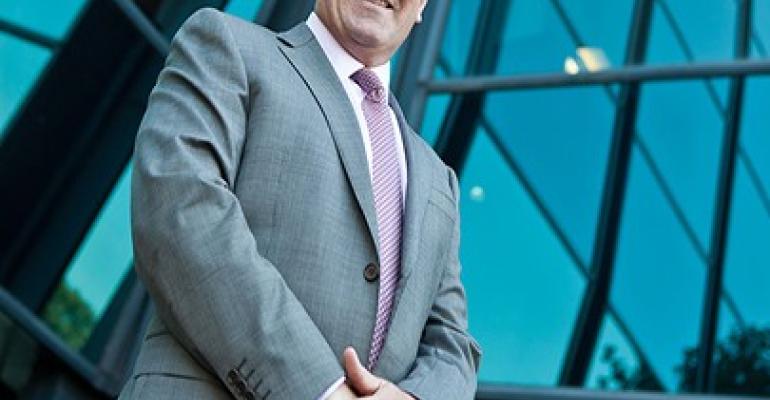 With healthcare costs continuing to rise, David Healy, CEO at Aetna International, explores the factors influencing this trend and what can be done to address the challenges

According to a 2018 report by the U.S.-UAE Business Council, expenditure on healthcare in the UAE is estimated to rise at an annual rate of 5.5 per cent to AED 73.52 billion (US$20.03 billion) in 2020. This figure is expected to reach AED 101.94 billion, or US$27.78 billion by 2025. Moreover, Alpen Capital’s GCC Healthcare Industry report predicts that the GCC’s current healthcare expenditure is expected to reach US$104.6 billion in 2022, at a compound annual growth rate (CAGR) of 6.6 per cent from an estimated US$76.1 billion in 2017.Numbers at this scale are causing governments across the GCC to monitor healthcare expenditure closely.

The causes behind these rises are varied and challenging. There’s the simple fact, for instance, that the healthcare sector itself is expanding. The U.S.-UAE Business Council notes that in 1971, the country had just seven hospitals and 12 health centres. In 2015, there were 126 public and private hospitals with a combined capacity of over 12,000 beds. This rapid increase has, in part at least, been driven by demand.

Lifespans are increasing, and by 2050 approximately a quarter of the GCC population will be over the age of 65, according to Deloitte’s January 2018 report on Life Sciences and Healthcare Predictions: GCC Trends.

The UAE’s population is also expanding. Growth is estimated at approximately 1.5 per cent per annum, although this figure has been historically far higher. By contrast, Saudi Arabia is showing higher population growth figures at around 2 per cent.

The prevalence of chronic conditions such as diabetes is another challenge for the region, one that severely impacts healthcare expenditure. A recent survey has revealed that 19 per cent of Emiratis have diabetes, undiagnosed cases are at 11 per cent of the population and 18.6 per cent are in a pre-diabetic phase. By any measure, these numbers are significant.

Population demographics such as those noted above are perhaps the more obvious and influential causes of healthcare expenditure increases. However, a variety of additional factors are influencing the situation.Much is made of innovation, especially in drug development, but the reality is that innovation drives utilisation. New drugs can cause a short and medium-term uplift in demand before usage levels reduce more normal patterns. Drug improvements can arguably reduce the number of hospital in-patient days but, with so many factors involved, there is no easy way of measuring this.

Non-drug related innovations also affect usage. The popularity of MRI scans over a simple X-ray, for example, has raised costs. The unit cost of X-ray may increase from US$100 to US$104 a year, but the unit cost from an X-ray to an MRI can mean around a seven-fold increase. PET scans are another level again. And where hospitals have invested in new equipment they will be keen to use it, raising the demand again for more expensive types of treatment.

Demand will also increase the more a population becomes aware that high quality healthcare services are available to them. Private hospitals are becoming bolder in their efforts to promote their services and this heightened awareness will feed through into users of public sector facilities.Waste is another possible factor, and in 2016, The National cited expert estimates that as much as US$1 billion is lost to patient identity fraud and doctors over prescribing brand-name drugs.

Combatting cost and price pressures is a real challenge. The truth is that costs are rising year after year and as the sector continues to expand, the best governments can hope for is to minimise annual increases.

That said, many of the causes are being addressed, and with some success. In late 2017, a programme to detect the early onset of diabetes was launched in clinics throughout the country in an effort to reduce cardiovascular disease. And  in July 2018 the Dubai Diabetes Centre announced that it was to expand. To a degree these programmes do seem to be working. The Khaleej Times reported recently that diabetes had dropped from 19.3 per cent of the population in 2013 to 11.8 per cent in 2017.

Encouraging efficiencies through technology is another tool in the government’s kit bag. The Scope of Vision 2021 for Health programme, for instance, saw a AED 2 billion fund established to support innovators across the region, including those in the field of healthcare.

Education is also key, and initiatives such as the School Health Policy launched in early 2018 is a good example of how the government is investing in early stage health and wellness learnings.

Concerns over rising healthcare costs aren’t only the domain of the UAE government. Expats make up almost 90 per cent of the population, and, with compulsory health insurance regulations now in place, most will be covered by either a domestic or international programme.

With such a significant proportion of the population affected, it’s worth looking at the tactics insurers employ to manage costs among their customer groups. Certainly, I believe that the challenges and solutions for private and public healthcare cost increases are more aligned than many understand.

Careful network management can help to lock-in prices for some treatments. And by developing a deep and trusting relationship with each provider, insurers can make more accurate expenditure projections year on year. At Aetna International, we are certainly placing more emphasis on value-based relationships with providers, something we believe will ultimately increase the focus on outcomes and cost of care that our network delivers to individual members.

Encouraging patients to make appropriate healthcare choices helps cap cost increases. Pre-authorisation, the use of excesses/deductibles and educating patients to choose appropriate facilities, not just high-end options, are just some examples of how patient choices can be influenced.

Technology advancements and adoption such as telemedicine can bring costs down, too. vHealth, which we expect to launch in the region next year, allows members to have remote, face-to-face, consultations with a doctor via a mobile phone, tablet or computer and brings obvious time saving benefits, especially to those working in remote locations.

But vHealth is not about replacing physical care. In fact, it brings two major advantages. It provides a way to deal with minor ailments and routine check-ups in a more efficient manner, by avoiding unnecessary face-to-face consultations. It’s also a way to ensure employees in need of physical care are transferred to the right facilities and consultants first time around with a greater degree of certainty.

The type of efficiency benefits we will see from vHealth can apply to the public healthcare sector just as much as the private.

Excesses and deductibles are proven to influence behaviour, particularly when it comes to treatments such as vision, dental, and maternity. The length of stay and facility choice tends to be elective so if a patient knows they need to pay 20 per cent of the fee, they may decide to leave as soon as they have been medically approved to do so.

Pre-authorisation can deter doctors recommending unnecessary tests. Diagnostic tests such as PET/MRI and blood tests, for example, are frequently over prescribed and often unnecessary. Insurers will generally not look to deter this type of treatment, but if a consultant knows they have to call for authorisation there is a degree of deterrent to over subscribing.

Applying benefit sub-limits for elective treatments help to protect against excessive levels of treatment and ensure the insurer can intervene earlier in the cycle for what might be a more serious medical issue. A physiotherapy benefit, for instance, may be restricted to a maximum of 10 sessions before contacting the insurer. Once involved, the insurer can investigate the case further to understand whether a more effective treatment plan is necessary.

Healthcare costs across the Middle East remain under constant pressure. The situation in the UAE is no less acute and, with no let-up in plans to expand the medical infrastructure further, this is unlikely to change significantly in the near term. That said, there are signs that government initiatives are positively impacting some of the more challenging causes of rising costs so there is hope that long-term cost pressures might decrease.