Reaping the benefits of Keto 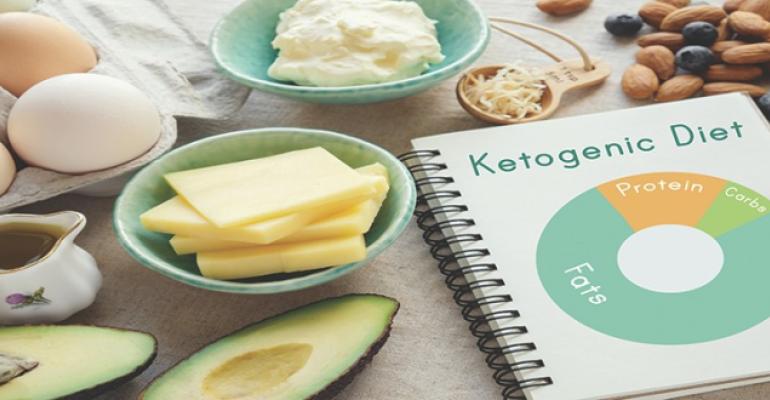 The evidence on the effectiveness of a low carbohydrate, high fat or ketogenic diet as an effective treatment for Type 2 Diabetes is gaining ground and regularly being documented in both peer reviewed studies and personal accounts.

However, the incidents of Type 1 Diabetics using the diet to live a life far less dependent on insulin and with the capacity to manage their own medication, health and weight with ease are also increasing. Almost too good to be true, surely?

In fact, there is a doctor practicing right here in the Gulf who has lived this experience himself. He now spends his time both treating patients and spreading the word of his own personal lived and ongoing success throughout the world, in order for two things to begin to occur. For other diabetics like himself to realise this solution and no longer be a slave to medication and for the doctors who so readily prescribe it to sit up, take note, and realise that their patients don’t have to end up with nerve damage, on dialysis, with amputations, or blindness. There is another way.

Dr. Ali Irshad Al Lawati’s story started when he was seven years old and diagnosed with Type 1 diabetes. His parents followed the doctor’s advice and treated him with insulin and a low-fat, high-carb diet as prescribed. By the time he was 15 years old, carrying all the extra weight the excess insulin had encouraged, Dr. Ali noticed that one of his grandfather’s friends who had previously been extremely overweight with many health complaints and severe pain, had lost the weight, looked years younger and was smiling for the first time in years. He asked the man what he had done, and was handed a pamphlet on the low-carb, high fat diet (keto).

Of course, he was at first extremely sceptical and believed his grandfather’s friend was playing a risky game with his health. However, the more he researched it, the more convinced of the diet’s healthfulness and power he became.

He visited endocrinologist after endocrinologist, and (this being 17 years ago, although it could very well be today) every one of them told him this was an extremely dangerous path to follow and he would end up dying of heart disease before his T1D killed him.

Not to be dissuaded, he was so convinced by his research and desperate to lose the excess weight that he chose to do this alone. He followed the guidelines as he had understood them from the studies he found. His results were outstanding.

He started with HBA1C readings around 8/9 per cent, on a daily dose of insulin of 84iu. His blood glucose values were completely erratic, and he suffered frequent hyper and hypo glycaemic episodes, making his life almost unmanageable. He also had the first signs of nephropathy in the form of proteinuria for two full years and compromised kidney function.

As soon as he began the low carb diet, he reduced his insulin dose. Initially by half, and within three months to a total daily dose of 30iu. His HBA1C reduced to 6 and eventually to a solid and safe 5. Within five months of doing keto, his proteinuria entirely disappeared, and his weight loss continued, leaving him at a healthy weight for his age and height.

He will always be a T1D, but he is no longer a slave to his blood glucose. His lifestyle and overall health have dramatically improved, as well as his self-confidence. All because he took the time to do his own research, read the mounting science and handled his health with wisdom rather than pills and needles.

Within five months of doing keto, his proteinuria entirely disappeared, and his weight loss continued, leaving him at a healthy weight for his age and height.

During his residency training he was able to travel to the U.S. to study with Dr. Bernstein, the leader in the field on this dietary approach to Type 1 Diabetes. Dr. Bernstein’s works include Dr Bernstein’s Diabetes Solution, The Diabetes Diet, Diabetes Type 2: Living a Long, Healthy Life Through Blood Sugar Normalization, Diabetes: The Glucograf Method for Normalizing Blood Sugar. He was also fortunate to study with Dr. Eric Westman, a giant in documented science and peer reviewed studies on the power of the low carb/keto approach to reversing T2D and managing T1D, and founder of the HEAL Clinics in the U.S. He also co-authored The New Atkins for a New You with Drs Phinney and Volek, and more recently Keto Clarity with Jimmy Moore.

“By reducing the carbohydrate in the diet, we have been able to taper patients off as much as 150 units of insulin per day in 8 d, with marked improvement in glycaemic control-even normalisation of glycaemic parameters,” Dr. Westman has been quoted saying.

Armed with this invaluable experience, Dr. Ali returned to Oman to complete his internal medicine specialty and has since opened the Lifestyle Clinic where he is able to advise patients with conditions such as T2D, T1D, epilepsy, and Alzheimer’s on a dietary intervention that is changing their lives.

He has had some incredible successes; in fact all his T1 and T2 patients have reduced their medications and improved their quality of life. However, he does note how regretful it is that in terms of completely reversing T2D, the most success is seen when there is early dietary intervention, before the disease has had enough time to do lasting damage to the body.

Dr. Ali is living the quote he keeps on his wall by Thomas Edison: “The doctor of the future will give no medicine but will interest her or his patients in the care of the human frame, in a proper diet, and in the cause and prevention of disease.”