The promise of personalised medicine 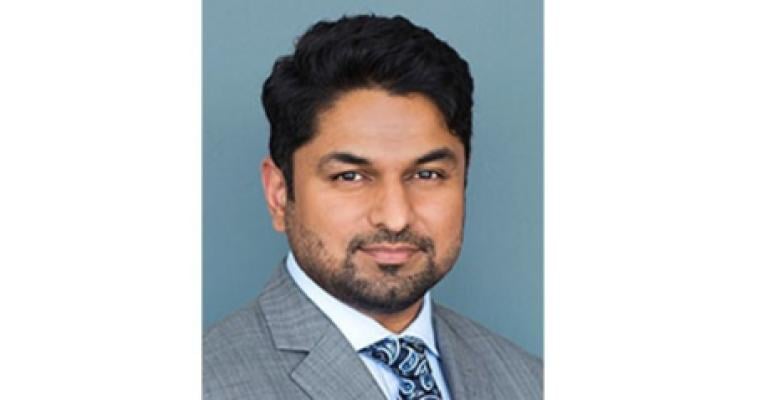 Dr Gireesh Kumar, Senior Manager, Healthcare and Education, Knight Frank consultancy
A key performance indicator of the UAE National Agenda is to reduce cancer fatalities by almost 18 per cent by 2021 and precision medicine is all set to play a key role in facilitating this goal

According to the latest statistics released by the Health Department of Abu Dhabi, the UAE government has indicated that every year, an alarming 4,500 new cases of cancer are reported in the country. In 2016, cancer was the prominent cause of death in Abu Dhabi and Dubai at 12.8 per cent and 17.9 per cent respectively, which highlights the increasing demand for oncology services in the UAE.

World Health Organisation (WHO) reports state that cancer incidence in the Middle East region including the UAE is on the rise with the number of cases expected to double by 2030.

Dr Gireesh Kumar, Senior Manager, Healthcare and Education, Knight Frank consultancy told Arab Health: “Breakdown of healthcare expenditure by disease type is not available in the public domain in the UAE, which is why it is not possible to comment on the current and forecasted government spend on oncology. However, we know that that healthcare expenditure is forested to increase from Dh59.2 billion in 2016 to Dh78.1 billion by 2021.”

Recently, the Dubai Health Authority (DHA) announced the launch of the Basmah initiative, making Dubai one of the first government entities in the world to provide a complete spectrum of care from screening to treatment for three types of cancer. “It is an initiative of the DHA’s Health Funding department and under this, the basic benefit plan of the Dubai Mandatory Health Insurance Scheme now covers screening as well as treatment of breast, colorectal and cervical cancer,” he added.

However, due to the increase in demand, the UAE government has also started encouraging the private sector to increase their participation in primary care and preventive medicine, which could result in early detection and reduced incidence, mortality and survival of oncology cases for residents.

Dr Kumar comments: “In addition, the private sector should also consider increasing their presence in the oncology sector, especially now as oncology cover is part of the mandatory insurance package. This would aid in reducing the burden on the public sector and capture a significant portion of the patients travelling abroad for care.

“The national population are usually treated for cancer at public sector hospitals at the government’s expense. Historically, non-nationals would look to relocate to their home countries or alternate jurisdictions for this treatment. The mandatory health insurance law of Dubai requires a minimum cover of Dh150,000 for oncology services and presents a case for the private sector to increase its presence in this sphere. As a result, we may see private sector participants gradually entering the oncology sector.”

A key performance indicator of the UAE National Agenda is to reduce cancer fatalities by almost 18 per cent by 2021. Some of the private sector initiatives seen in this regard include the third edition of Zulekha Healthcare Group’s ‘Screen and Survive’ campaign. From March 12 to till April 30 this year, the campaign offered free screenings that were open to the public. Furthermore, a recent report highlighted that to boost the local pharmaceutical industry, the UAE has started manufacturing 24 different types of drugs for cardiovascular diseases, cancer cases and antibiotics that were low in demand in the world or discontinued 25 years ago but could lead to a shortage in the UAE.

Breakthrough in treatment
A surge in global incidences of cancer has shifted the priority of researchers worldwide to understand its underlying cause. Globally, nearly 1 in 6 deaths is due to cancer and according to the World Health Organisation (WHO), 8.8 million people died from cancer globally in 2015. These disturbing trends have led to numerous studies, clinical trials and tests being undertaken to identify methods of early detection and prevention.

Generally, when a person is diagnosed with cancer, they usually receive the same treatment as others who have same type and stage of cancer. These may include a combination of treatments including surgery, chemotherapy and radiation therapy. Several studies have found that different people may respond differently to these treatments because a patient’s tumours undergo genetic changes that cause cancer to grow and spread, debunking the ‘one-size-fits-all’ model.

These studies have led to the development of precision or personalised medicine, which is an approach to patient care that allows doctors to select treatments that are most likely to help patients based on the genetic understanding of their disease. The aim of personalised medicine is that treatments should be tailored to the genetic changes in each person. This approach is helping doctors conduct genetic tests that will help decide which treatments a patient's tumour is most likely to respond to. With this information, doctors hope to find effective prevention, screening, and treatment strategies and cause fewer side effects.

Dr Kumar explains, “The latest advancements in oncology, such as personalised medicine and immunotherapy, are very exciting and will aid in reducing the incidence and improve the prognosis of cancer. Personalised medicine may be considered as the first deterrent to cancer as it helps in prevention of the disease and its recurrence. On the other hand, treatments such as immunotherapy, boosts the body’s natural immunity to fight cancer.”

Aided by advancements in technology, personalised medicine has seen a rapid growth. In a 2017 report, Allied Market Research valued the market at $3.5 trillion in 2016 and estimated that it will reach $7.7 trillion by 2023, with a CAGR of 11.9 per cent from 2017-2023. This increasing market value is a testament to the advancement of this field, which hopes to provide customised treatment not only for curing ailments but also for preventing them in the future.

One of the key areas of research in personalised medicine has been Targeted Therapy that can target a cancer’s specific genes and proteins that allow the cancer cells to grow and survive. Another study area is Pharmacogenomics that looks at how a person’s genes affect the way the body processes and responds to drugs. These changes influence how effective and safe a drug is for a person. Recent studies have also found that there are certain drugs that have been proven effective against cancers with specific genetic changes and the US Food and Drug Administration (FDA) has even approved some of these.

Factors such as Big Data will also impact personalised medicine, which makes use of variations in consumers’ genes, environment, and lifestyle to guide the treatment of diseases and enables health systems to process large amounts of data to tailor personalised treatments that deliver better outcomes. For instance, Philips is using the US-based cancer research institute Dana-Farber Clinical Pathways to develop a cloud-based precision medicine platform that will help oncologists identify appropriate cancer treatments. The precision medicine platform called “IntelliSpace Oncology” will help oncologists map cancer patients to the appropriate treatment options based on their radiology, pathology, genomics, and electronic health records (EHR) data. This will potentially help to minimise the number of hospital readmissions and unnecessary tests, thereby lowering the overall cost of care.

Even though the future of personalised cancer treatments looks promising, not all types of cancers might have this option. However, despite certain challenges in its implementation, personalised medicine has the power to potentially revolutionise healthcare.

“These treatments will definitely change the current state of cancer treatment in the country,” states Dr Kumar. “The UAE is in process of introducing such services which can currently be classified as being in the nascent stage, which is why information is limited.

“In my opinion, tech advancement and telehealth will improve the availability of oncology services. Healthcare service providers may choose to engage with international oncology specialists to introduce the service line in the country (for both screening and diagnosis). In addition, patients will be able to obtain a second opinion from foreign experts rather than travelling to the doctor’s domicile in this state.”

High incidence rates
In the UAE, some of the highest incidences of cancers among men were observed to be the following:

In females in the UAE, the top five cancers were observed to be the following: