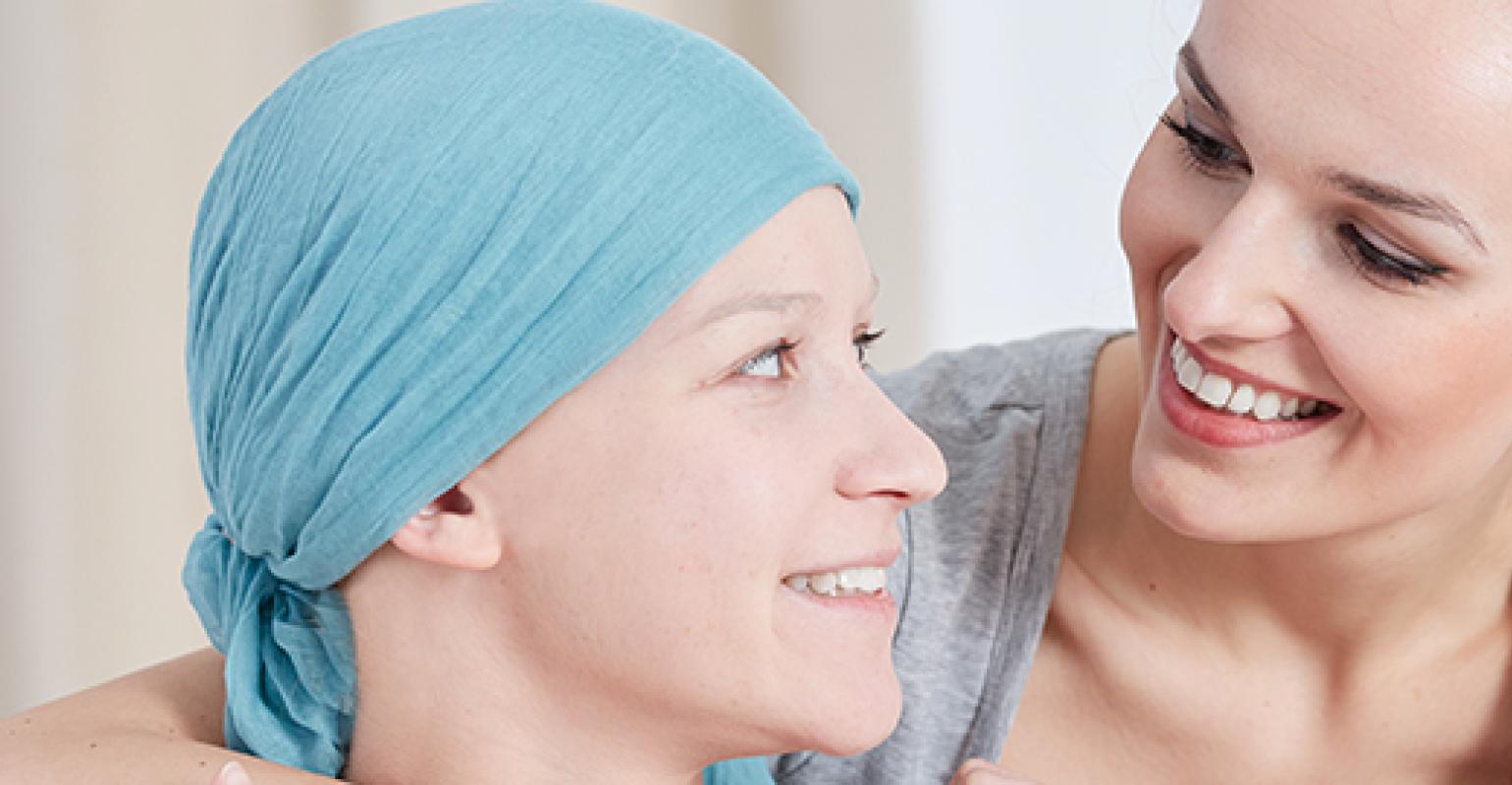 Over the past several decades, cancer has rapidly caught up to heart disease as the leading cause of death globally.

By Bjoern Albrecht, a partner at McKinsey & Company and head of the McKinsey Cancer Center | Dec 15, 2019

About 8 million people around the world die of cancer each year – one patient every four seconds. At any given time, several times that many patients are ill with cancer and require care. At present, more than 1 in every 3 people in developed countries will have some form of cancer in their lifetime. In almost all countries, the incidence of cancer is also increasing significantly. While overall cancer incidence in the developing world remains lower than it is in the developed world, it is rising more rapidly. By 2030, cancer incidence is estimated to have risen by 65 percent in developed countries, by 80 percent in middle-income countries and to have doubled in the world’s poorest countries.

Despite these statistics, significant progress has been made in treating certain cancers primarily through our ability to diagnose early. For example, US survival rates in prostate cancer have improved by almost 1.5x in the last 40 years. In other, relatively higher survival tumor types, such as breast and colorectal, we are seeing more moderate gains in survival. And in tumour types that are difficult to diagnose early on such as non-small cell lung cancer and pancreatic cancer, 5-year survival rates remain within the high single-digit to low double-digit percent range (8-18%).

The remaining need to discover more effective medicines has driven continued investment in oncology. Looking at the pipeline over the last 20 years, we can see that there has been an explosion of clinical activity in oncology. Since 1996, the number of oncology molecules has quadrupled. In the last eight years alone it has nearly doubled. This has made oncology the largest therapeutic area, accounting for 30% of the overall pharmaceutical industry pipeline molecules and 40% of clinical trials, twice the size of the next therapeutic area of anti-infectives. Going forward, we expect this trend to continue. In fact, looking just at the last two years, the rate at which compounds are being investigated shows another step-up in growth, likely being driven by the opportunities of immuno-oncology, sharper stratification of patient populations and new ways to conduct development more efficiently.

Looking broadly across the industry, we see the following 5 major forces at play that will likely shape the future of oncology:

Smaller patient populations
Current trends in product pipelines indicate that lower-incidence tumours will account for nearly 50 percent of revenues by 2020. This reflects a shift in focus away from high-incidence tumours (for example, lung, colorectal, breast and prostate) to niche tumours with greater unmet medical needs. Target patient populations are narrowed further by more sophisticated stratification strategies. Nearly half of current Phase III trials conducted by the top 10 oncology companies include a companion diagnostic. Ninety percent of biomarkers are used for patient stratification. PD-L1 expression, a putative marker for PD-1/PD-L1 inhibitors, is an exception and is mainly used for retrospective analysis due to a lack of consensus around the assays and the analysis. The move towards narrower indications has important implications for both market access and the go-to-market model for manufacturer with an increased emphasis on patient finding.
It will also generate more active debate about the sequencing of indications within development programmes, given smaller populations are often addressed only later in a product life cycle (cf. also paediatrics).

Shorter product life cycles
Innovation is a key driver in oncology. Over the last 15 years, novel drugs have generated more value in oncology than in any other therapeutic area. However, research and development is concentrated on a minority of potential targets, thereby increasing competitive intensity. Based on our own analyses, 80 percent of the pipeline activity of the top 10 oncology companies is focused on 37 percent of all the targets being explored. In addition, 80 percent of compounds in development have at least one competitor in the pipeline.

This intense competition has shortened product life cycles. While Avastin, Gleevec and Herceptin enjoyed long periods of exclusivity, MEK, PD-1/PD-L1 and PARP inhibitors offer a good indication of how competitive drug development has become. An important potential implication for regulators is to manage a faster pace of innovation while upholding satisfactory approval standards. Pharmaceutical companies will require agile development capabilities and flawless product launches. They will increasingly need to adapt their go-to-market models to different product archetypes and to head-to-head situations in the same line in order to adequately inform physicians about trade-offs between alternative therapies. The neck-to-neck development of nivolumab and pembrolizumab is a good example of the speed and organisational commitment required for development organisations and commercial execution in the market (e.g., NSCLC 2L).

Increase in combination therapies
Immunotherapies have turbocharged combination opportunities. In the 10 most common tumour types, approximately 40 percent of ongoing PD-1/PD-L1 studies involve combinations. Currently, there are over 900 combination studies with PD-(L)1 inhibitors in the clinical pipeline alone. Despite recent setbacks to improve progression free survival (PFS) in a number of indications, an improvement of overall survival (OS) is still in the cards. We believe the trend towards combination therapies is likely to continue and will include more complex combinations such as triplets going forward. With this, PD-1/PD-L1 therapies will likely increasingly become interchangeable backbones, and partner therapies will eventually drive the next wave of value creation.

The increased use of combination regimens will increase both the complexity of therapy as well as administration of partnerships across manufacturers. For example, barring continued safety challenges, PD-(L)1-based combinations will rapidly increase in the market both in combination with other immune-oncology therapies as well as targeted, or in some cases chemotherapeutic agents. This trend will inevitably increase the complexity of clinical development and regulatory strategies to demonstrate contribution of parts. It will also affect day-to-day commercial operations of pharmaceutical players who need to define which of the combination partner companies fields pharmacovigilance alerts, medical information requests and disseminates what information about the combination regimen via their sales force and medical science liaisons. Lastly, manufacturers will need to find formulas on how to manage multiple combination partnerships and adequately share value for each one.
Patients and physicians will benefit from increased choices and hope for efficacious medicine combinations. However, these benefits tend to come with some degree of tolerability compromise and potential associated care requirements, boosting cost for oncology care even further in the respective healthcare systems.

New wave of technologies
A wave of innovation is moving through the industry pipeline. In the late pharmaceutical industry pipeline, this is most pronounced for monoclonal antibody derivatives, such as antibody-drug conjugates and bispecific antibodies, as well as of course CAR T-cells with the recent approval of Kymriah and Yescarta. Earlier in the pipeline, additional advances in cell therapy and nucleic acid-based therapies are prominent. The move towards personalised therapies with advances in diagnostics like liquid biopsy enables a more nuanced understanding of disease state and treatment response.
In 2011, Douglas Hanahan and Robert Weinberg published an update to their seminal article “The Hallmarks of Cancer,” which has been cited more than 20,000 times. This paper provided a framework to organise and think about cancer therapies in terms of the specific characteristics of cancers that they address. In the same spirit, we can think of innovation in terms of hallmarks of cancer technology and group innovation into diagnostic technologies and therapeutic technologies. Diagnostic technologies range from digital pathology and imaging to personalised biopsies. Therapeutic technologies range from nucleic acid-based approaches (including vaccines) and cell therapies to classic approaches based on small and large molecules, their derivatives and radiation. Innovation that will affect cancer care in years to come is underway across the entire wheel of technology hallmarks.

Significant shifts in value
Payors and professional associations are increasingly focused on oncology, given the increasing cost of oncology care delivery. Both US payors and health systems outside the US are experimenting with different care models. Payors are graduating from multiple small experiments to preferred models driven by value. For example, the UK National Health Service and Singapore are exploring indication-based approaches that drive cost reallocation to interventions with the greatest benefit in outcomes.

From a system’s perspective, and based on our own analysis, more than $100 billion of value in the healthcare system is estimated to shift along specific pathways, resulting in a higher standard of living, better quality of care, more efficacious treatments and improved access. The bulk of the benefits are achieved through better screening and care delivery, resulting in longer cancer-free lifespan and lower end-of-life cost. On a system level, new drugs and better regimens are expected to deliver more modest benefits in terms of value, but they also require a relatively minor increase in healthcare system costs.

Patients, on the other hand, are already experiencing a step-change in cost, especially with immune-oncology-based combination regimens, e.g., in melanoma. Multiple myeloma is another indication in which costs will continue to increase significantly, given novel therapy entries and triple combination use. In prostate cancer, novel hormonal therapies are moving into earlier stages such as M1 and thus extending treatment duration with more costly alternatives as compared to chemotherapy. The aspect of “financial toxicity” will thus gain in significance as systems focus on drug budgets. Alternative payment models as well as considerations of oncology per-patient cost across the patient pathway from prevention to end-of-life care will thus help address potential constraints on the patient care side as well as optimise the allocation of spend across the pathway to improve overall outcome within the same cost envelope.

Big data will be a key enabler of this shift in value. However, to harness the full power of data, better data standards for higher interoperability and broader data sharing frameworks need to be in place. Initiatives like TRANSFoRm show initial proof for concepts that might also be applicable to oncology, but will need to be pursued with increased focus, rigour and speed.

Where we go from here
Taking a step back, it feels the field of oncology has rarely been in such a promising space. First, there is a wealth of opportunities to operationally execute better on the things being done today. For example, increased patient and physician awareness, improved physician incentives, better patient experiences and support can improve clinical trial recruitment and participation. More integrative data standards building on the multiple systems that already exist today and broader sharing will enable this. Second, novel approaches to conduct clinical trials are already taking hold with regulators supporting accelerated approval pathways, increasing numbers of surrogate endpoints and master protocols. And thirdly, with the impact of immune-oncology and novel therapeutic advances, there is a continued positive outlook that which will make the largest difference in the end -— more effective medicines for cancer patients.