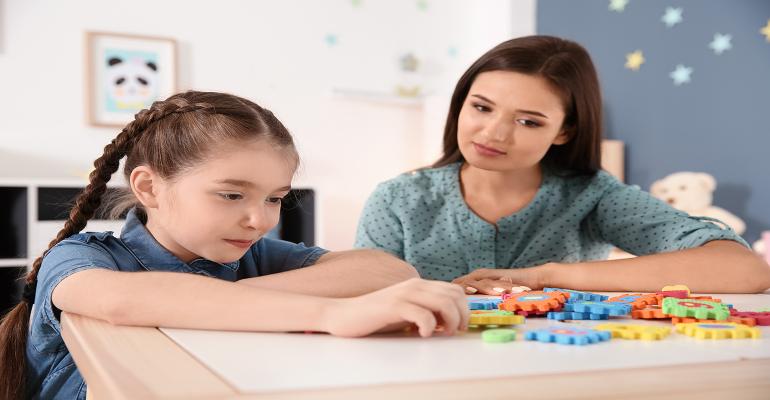 Girls are likely diagnosed later because autism traits are often more subtle for them.

According to the World Health Organisation (WHO), about one in every 160 children is diagnosed with Autism Spectrum Disorder (ASD). Available scientific evidence suggests that there are probably many factors that make a child more likely to have an ASD, including environmental and genetic factors.

Findings from a recent study published in Autism Research - the journal of the International Society for Autism Research - reveal that, on average, girls are typically diagnosed with autism about a year and a half later than boys.

The study, which was carried out by the Rhode Island Consortium for Autism Research and Treatment (RI‐CART) found that for the first 1,000 participants, with ages ranging from 21 months to 64 years, females received a first diagnosis of ASD at a later age than males, potentially due to more advanced language abilities in females with ASD.

Early intervention is key in autism

Commenting on the findings, Dr Veena Ahuja, a child psychiatrist at Cleveland Clinic Children’s, who did not take part in the study, said girls are likely diagnosed later because autism traits are often more subtle for them.

“When boys come in, often the complaint is that they’re not able to sit in their seat; they’re wandering away, they’re doing things that are, kind of, in people’s faces where you realise it more,” she says. “Girls are definitely more likely to be able to blend in a little bit more until they get to an older age where you start to realise that they’re not interacting as much as their peers.”

As intervention during early childhood is important to promote the optimal development and well-being of people with an ASD, the WHO recommends monitoring of child development as part of routine maternal and child healthcare.

Echoing this sentiment, Dr Ahuja says: “What we know about autism is that early intervention is key. The earlier we can get somebody in there to help the child, the better they’re going to do in the long term. We also know that a lot of the stigma around autism is definitely going away as kids get older.”