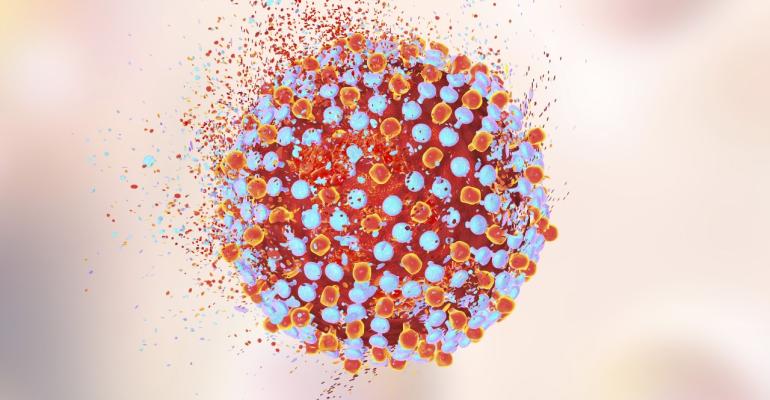 Across the world, more than half of people who inject drugs (PWID) are infected with Hepatitis C (HCV), and morbidity and mortality due to HCV infection continues to rise.

The Global Burden of Disease project estimated the total burden of HCV due to injecting drug use in 2013 as measured by disability adjusted life years – DALY, including recent and former PWID.

This modeling estimated 39 per cent of HCV burden was due to HCV acquired via injecting drugs.

In the MENA region, in addition to the estimated 300,000 HCV-infected current PWID, there could be as many as 2 million HCV-infected people who acquired the infection through past drug injection but are no longer injecting.

Experts gathered at a recent workshop ‘HCV Screening and Linkage to Care & Substances Users Practical View’ in Dubai, UAE, to discuss gaps and barriers in care models for most at risk population.

“There are still substantial gaps and barriers for PWID to access testing and treatment. At the same time, because they are the most at risk population, their treatment should be a priority if we want to achieve a goal of elimination of the disease,” explained Dr. Huda Al Quraishi, Senior Specialist of Gastroenterology and Hepatology, Rashid Hospital, Dubai, UAE.

“Namely, if we don’t intervene on time, long-term care following the development of cirrhosis, decompensated liver disease, and liver cancer will add to the existing disease burden.”

The UAE and Kuwait have made major strides in developing interventions that lead towards the elimination of HCV by 2030. To support screening and HCV elimination efforts in the UAE, the Dubai Health Authority (DHA) announced in July 2018 the inclusion of free screening and treatment for Hepatitis C under the basic benefit plan of the Dubai Mandatory Health Insurance Scheme. However, there are still many interventions that can substantially curb the epidemic.

According to Dr. Tarek Abdelgawad, who is the Treatment and Rehabilitation Director at the Abu Dhabi National Rehabilitation Centre, “HCV treatment and care could be delivered in various settings such as hospitals, primary health clinics or drug rehabilitation centers. Experience has shown that multidisciplinary care that offers support for drug dependency, social and psychological services in addition to medical care, have been successful at increasing access to HCV testing and treatment among PWID.”

Development of highly effective direct acting antivirals (DAAs) with efficacy greater than 95 per cent following 8 to 12 weeks treatment have brought significant successes in the elimination of HCV. However, just because a disease is curable, that doesn’t mean that it is defeated if most-at-risk populations, such as PWID are marginalised.