The medical tourism tide is turning 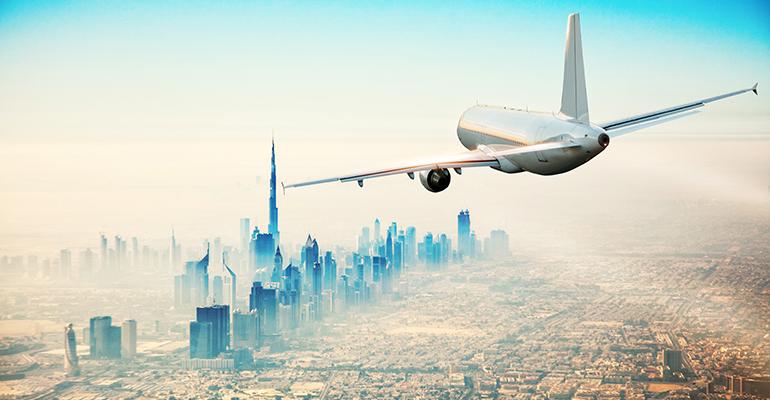 For many years the GCC countries have been a rich source of income for leading hospitals around the world. Specialist centres in the UK, Germany, the U.S. and elsewhere have relied on a steady flow of government sponsored patients to boost their revenues. But is the tide turning? To what extent are the Gulf countries becoming medical tourism destinations?

For many years, the governments of Bahrain, Kuwait, Oman, Saudi Arabia, and the UAE have met the healthcare needs of their citizens by funding treatment abroad when the appropriate treatment, care and expertise is unavailable in the domestic healthcare system. Irrespective of funding, countries with relatively small populations such as Kuwait (1.3 million Kuwaitis, 3.2 million expatriates) face challenges in providing a healthcare system that has the breadth and depth of services to meet the needs of the population.

The number of patients who are sent abroad for treatment in such countries may appear small but it’s a major expenditure and significant financial burden on the state.

Kuwait was estimated to send around 650 patients abroad each month in 2018 at an annual cost of around US$1 billion. According to government statistics, 75 per cent of the cases go to three countries – the UK (28 per cent), the U.S. (24 per cent) and Germany (23 per cent). The remaining cases were distributed to France (14 per cent), Spain (3 per cent) UAE (2 per cent), and 6 per cent to other countries.

In 2016, the Dubai Health Authority (DHA) reported the expenditure on overseas treatment for Emirati patients at US$170 million.

In Saudi Arabia (30 million Saudis, four million expatriates), the Health Ministry stated that 2,400 Saudi patients were treated abroad at a cost of US$800 million. The United States, Britain, Germany and China were the four main destinations for Saudis seeking medical treatment abroad. One fifth of those patients were under the age of 14 and seeking specialist paediatric care abroad.

The spend on such patients is high, given that most are travelling for specialised treatment for major diseases. The average cost per case including treatment, travel, accommodation and allowances ranges from US$125,000 to US$340,000 per case, depending on the country. Costs of travel and accommodation, daily living allowances for patients and relatives account for a significant proportion of the cost.

Pressure on government expenditure in the Gulf countries, partly due to a decline in oil revenues, has led to a rethink on how those governments manage the healthcare needs of their populations. There are three key trends:

• Development of hospital and healthcare facilities within the country.

• The introduction of health insurance schemes which attempt to shift the burden of costs from the government to individual citizens, their employers and their insurers.

In Kuwait, the purse strings have been tightened as a result of media criticism of the level of expenditure. Governments are exploring the opportunities to reduce costs by referring patients for treatment in lower cost destinations such as Malaysia, Korea and Thailand rather than the UK, U.S. and Germany. Oman has added Iran to the list of countries approved for funding of health services for Omani citizens.

In 2016, the Bahrain Health Minister stated that the government is intending to reduce the number of citizens sent for treatment abroad, by providing more medical services within the Kingdom. Bahrain intends to fly medical experts into the country as part of a cost-saving measure. Doctors from India, Singapore, Thailand, Germany, the UK, Belgium and the U.S. agreed to take part in the new scheme.

There has been a plethora of hospital developments in Gulf and encouragement for foreign hospitals and investors to drive healthcare development. In 2017, the Saudi Arabian General Investment Authority (SAGIA) announced that foreign investors can have 100 per cent ownership in health to boost private sector investment in healthcare in the Kingdom.

Also, Dubai Healthcare City has set up a specialised oncology facility with Mediclinic Middle East to increase capacity in cancer care within the UAE.

However, the hospital building boom may be approaching its peak or may need to more focused on development of more specialised services. According to Raza Siddiqui, CEO of Arabian Healthcare Group and Executive Director at RAK Hospital: “It’s time that investors take a pause before putting in more funds to build more hospitals. They need to focus on niche health services rather than more of the me-too kind of primary and secondary facilities.”

Dubai is the leader in these efforts. The Dubai Health Experience (DXH), a web portal and app, attracts 10,000 unique visitors each month and embraces four language versions – Arabic, English, Russian and Chinese, and a medical opinion service. According to the DHA, in 2018, 33 per cent of medical travellers to Dubai came from within the UAE and other Gulf States, mainly from Kuwait, Oman and Saudi Arabia. 30 per cent came from Asia, mainly from India, Iran and Pakistan and 6 per cent are from Europe, mainly the UK, France and Italy. Rather than highly specialised care, dentistry, orthopaedics and dermatology were the main treatment types for inbound medical travellers. The emirate hopes new initiatives will help attract more than half a million medical tourists by 2021.

The Cleveland Clinic Abu Dhabi has reported an increase of more than 16 per cent in the number of international patients in 2018 and saw an even stronger growth in 2019. The healthcare arm of Abu Dhabi’s Mubadala Investment Company has announced it has signed an agreement with Nirvana Travel and Tourism to work together to grow medical tourism from the Gulf region, Africa, Russia, China and India.

In Saudi Arabia, a five-year plan is being developed, which aims to encourage Saudi nationals to stay at home for their treatment and to attract medical tourists from other Islamic countries to Saudi Arabia. The Saudi Commission for Tourism and National Heritage has endorsed a proposal that combines religious and medical tourism to promote Saudi health services to the world’s 1.6 million Muslims who may seek spiritual solace during a health crisis.

Bahrain’s National Health Plan 2016-2025 has therapeutic tourism as a key national initiative but has made little progress so far due to the need for private sector investment.

So, perhaps the tide is turning for medical tourism in the Gulf region, particularly for those patients seeking less complex treatments. But, building new hospitals and clinics doesn’t create a medical tourism destination. The key to long term success will be to establish (or buy in?) the level of knowledge and expertise which patients have traditionally sought further afield and to ensure quality standards match those in alternative locations. The small population in some countries will be a barrier to that, as they lack the critical mass to support the development of specialised tertiary services and retain clinicians with the necessary expertise. Patients requiring highly specialised care will continue to travel.