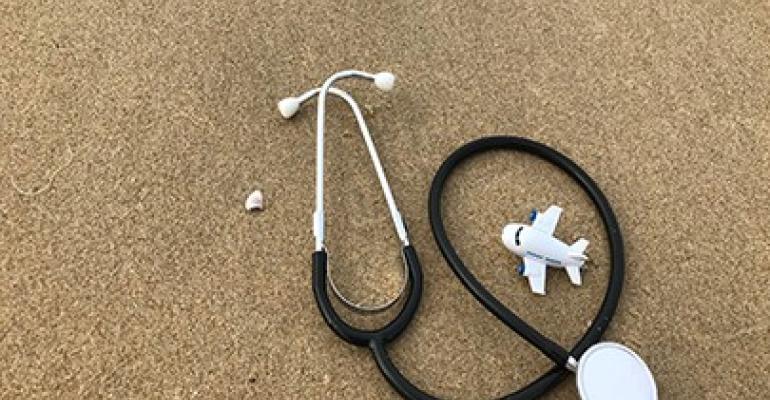 Today’s interconnected world has transformed trade, economy, education, immigration, and our world view. The concept of care too has witnessed transitions and kept pace with the changing times. One of these changes has been the surge in more and more people choosing to leave the comfort of their homes and seeking high-quality and increasingly affordable treatment on foreign shores.

According to estimates by the World Health Organization, between 12–14 million people go abroad to receive medical care each year. Recent reports highlighted that with a collective market share of 45.2 per cent, Thailand and Mexico dominated the medical tourism market in 2017, followed by India with a market share of 15.4 per cent.

This tremendous growth has been witnessed thanks to the amount of money saved by having treatments conducted abroad over the last decade. In fact, medical treatment combined with a luxury vacation has become the latest trend.

International accreditation is another key factor enhancing international medical tourism. Currently, over 600 health facilities in the world are accredited by the U.S. Joint Commission International (JCI), which is growing by 20 per cent each year.

Trends in the medical tourism industry have seen healthcare costs running rampant in many Western nations, and this is leaving people to increasingly go to developing countries such as Thailand, India, Singapore, or Costa Rica to seek treatment.

Many medical tourists are people aged between 45-70 and are from places where healthcare costs have exploded in recent years. This includes people from Europe, Australia, Canada, New Zealand, and the U.S. One of the major factors for why people are heading East for treatments is also due to the long waiting time in these countries.

Keeping this in mind, entrepreneurs and investors in the healthcare, tourism, and hospitality markets are today finding significant market opportunity and economic development potential in the medical tourism industry. Innovation within strategic partnerships and collaborations have further reduced costs and captured market share.

The emergence of international communication companies, which act as intermediaries between patients and hospital networks, is making it easier for patients to access information and prices. Furthermore, the high cost of treatment in developed countries is compelling patients to travel to countries with affordable healthcare practices.

A recent report underlined that The Global Medical Tourism Market is expected to reach $160.8 billion by the end of 2025 and is expected to exhibit a Compound Annual Growth Rate (CAGR) of 14.9 per cent between 2017 and 2025. The growing geriatric population coupled with improving the accessibility of high-quality and low-cost medical services/ procedures are likely to augment the market during the forecast period.

The Asia Pacific continues to account for the largest share of around 40 per cent of the global market, whereas, North America was estimated to register the fastest CAGR over the forecast period. Asian countries provide high standards of hospitality and care. Plus, they are always updating to the latest technology and it’s a lot cheaper in Asia than other regions.

Thailand is projected to remain at the forefront of the market during the forecast period. This can be attributed to the availability of popular treatments such as cosmetic surgery and dental treatment.

India is currently one of the most renowned medical tourism destinations for specialist cardiac surgeries, while Singapore is well-known for expertise in complicated surgical procedures. Malaysia offers some of the world’s best medical infrastructure and treatments by highly skilled medical professionals.

Plus, the medical tourism market is witnessing constant growth due to rising advertising and marketing of medical facilities coupled with increasing government investments in healthcare infrastructure. For example, Apollo Hospital, headquartered in Chennai, India, is located in 60 sites across the country and has its own health insurance scheme.

The private sector has been instrumental in creating the concept of “health cities” in places such as Chennai, Bangkok, Kuala Lumpur, and Sao Paolo, and this is gaining traction around the globe. Hospitals in these cities offer many services under one roof and provide a hospitable atmosphere to attract patients from various Western countries.

Cardiovascular disease is one of the leading causes of death and reportedly causes 17.3 million deaths per year, and the cases are likely to grow beyond 23.6 million by 2030. This trend is projected to drive the medical tourism market during the forecast period.

Also, growing demand for specialised surgeries such as breast augmentation, dermabrasion, and rhinoplasty and better pricing of such cosmetic surgeries will further fuel the growth of the medical tourism market during the forecast period.

One of the latest developments seen in medical tourists is being called the “baby boom” of medical tourism. This includes hopeful parents who are travelling abroad to get IVF treatments and commercial surrogacy in places like Russia or Ukraine.

There has also been the rise in what is being called the “China effect”. The Chinese are already the single-largest group of prospective parents travelling abroad that use IVF services to have more children. As China recently relaxed its single-child policy, we can expect this trend to continue to grow into the future.

Many travellers also opt for LASIK eye surgeries or dental procedures that are not covered under many Western country insurance plans and are exceptionally expensive. By travelling for treatment, patients would generally pay about 30 per cent of what they would in the Western world.

Weight loss surgery also draws many medical tourists as nearly 1/3 of all Americans are now reportedly said to be obese, and only about 10 per cent of their insurance plans cover weight loss surgeries such as lap bands or bariatric surgeries.

Furthermore, some people travel to other countries to receive post-natal care or receive hearing aids or cochlear implants, at a much more affordable cost to them. Medical devices are often cheaper in other countries and this can help the person save a lot of money even after paying for travel expenses.

While Thailand, India, and Malaysia have already become key regions for medical tourists, countries such as UAE, Greece, and Taiwan are becoming new players in the global medical tourism industry. These countries have shown promising growth over the past years in part due to their breath-taking landscapes that patients look forward to during their visit.

The UAE is working aggressively to build expertise in the medical field and emerge as one of the hotspots for medical tourism in the region. To support this initiative, in April 2016, Dubai launched the world’s first comprehensive electronic medical tourism portal, Dubai Health Experience (dxh.ae), offering access to a comprehensive menu of health and related services including wellness, cosmetic and dental, ‘packages’, plus ophthalmology, orthopaedics, physiotherapy and other specialised medical tests.

Plus, the UAE has entered into a number of prestigious partnerships to bring in advanced healthcare technologies, practices and standards from the West, and is firmly on its way to becoming the medical tourism hub in the region.

Among the most sought-after institutions by patients flying into the UAE for medical procedures is RAK Hospital, an 80-bed hospital in Ras Al Khaimah. The hospital is accredited by Joint Commission International and Swiss Leading Hospitals and is managed by Sonnenhof Swiss Health Ltd, a Switzerland-based healthcare company.

RAK Hospital is setting an example for institutes in the region as an epitome of excellence in strengthening UAE’s position as a medical hub. Its rising number of patients from abroad is a testimony of the popularity for its procedures and warm hospitality.